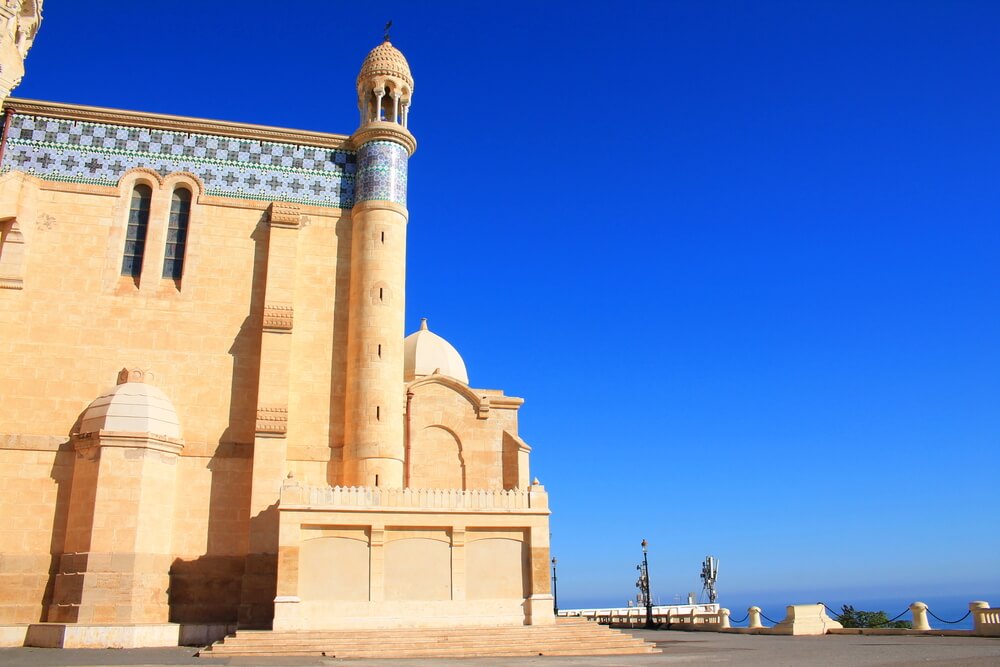 He yearned for the onset of winter, a real winter, a winter from his childhood in the Normandy countryside with snow and rain and wind so strong it threatened to steal away the tiles from the roofs and the very breath from your lungs. There was none of that here in the white city, the Algiers of the holiday posters and steam packet boat advertisements. Here there had been weeks of ceaseless sun and a spiteful unrelenting heat that drove its occupants either to the cooler climate of the hills and mountains or into irritability that increased exponentially with every degree rise recorded by the city’s thermometers.
He wanted an end to drinking his morning coffee in a sweat and the official papers sticking to his arm as he tried to endure the day at his office facing the harbour. He wanted the cooling touch of marble on bare soles to be nothing more than a pleasant memory. But most of all Francois wanted to stand on one of the hilltops on the edge of the city and feel his sunburnt cheeks sting with the first fat droplets of autumn rain.
‘It should have rained by now, shouldn’t it?’ he grumbled over the noise of a rusting fan. He waited for a response from his wife that didn’t come. ‘I said, surely it should have rained by now? Its mid-September for god’s sake.’
‘Any day now Hiba says. She says she can smell it on the wind. Not a moment too soon really, the roses are having a hell of a time of it.’
‘Yes, but it should have rained, no? Usually it’s started raining by now.’ He sounded almost desperate. Sandrine looked up from her needlepoint.
‘You know this country leaves me in a constant state of flux midway between total surprise and utter indifference. You know that. It could well be pouring down over the Casbah for all I understand of this place.’
‘As soon as it cools down tonight I’m going up to the basilica.’
‘Suit yourself, but you’ll have to take the steps up the hill. The engineers are working on the cable car again. It isn’t running.’
‘I’ll walk,’ he responded gruffly, trying to bring an end to the conversation.
‘And when was the last time you saw the inside of that place?’ Sandrine went on undeterred, unpicking a stitch on her needlepoint as she did so. ‘This time last year I shouldn’t wonder.’
‘It worked, didn’t it?’

The grounds of Algiers’ Basilica of Our Lady of Africa were empty save for the sparrows chattering noisily in the trees; the closed doors of the small byzantine edifice unyielding to Francois’ touch.
‘Damn it!’ he whispered with a half-smile. It’s not that he wanted to enter the building for any religious rite but that after the steep climb he fancied resting a while in the cool clean interior and catching his breath. He instead made do with the steps facing out towards the Mediterranean, darkened to a Prussian blue glaze by the angry sky.
As he boiled in his own thoughts, sweating through his thin linen shirt, a gust of wind tugged at him, at his hair and at his shirt.
‘Thank god for that,’ he said, turning his face to the sky. The wind told him the first raindrops would be no more than a few minutes away.

Soaked to the skin, Francois watched the downpour from the shelter of a doorway until Sandrine had tired of waiting for her husband.
‘It’s not going to stop for a good few hours yet,’ she said to break the silence between them. ‘And even then, it will be the same tomorrow. You know that.’
‘Same on Thursday too.’
‘I shouldn’t wonder. Maybe you should go back to the basilica.’
Francois didn’t hear her. He had already disappeared into his own thoughts, his eyes wide and unblinking as he maintained his stance in the doorway. The rains were interminable, like being back in Normandy on the worst of winter days when the sky seemed to contract towards the dead earth to cast an unnatural hue on everything in sight. He hated it, the winter. He’d hated it as a child and he hated it now. What he desired was the ability to head out without pause to think over the weather. He wanted to lose the chill deep within him. He wanted the summer sun on his cold cheeks.
He reached for an almanac, flicking roughly through the pages.
‘It should have stopped by now, shouldn’t it?’

I am an award-winning travel writer with contributions chosen for inclusion in two Bradt travel anthologies and in magazines including Adventure Travel and Sidetracked.