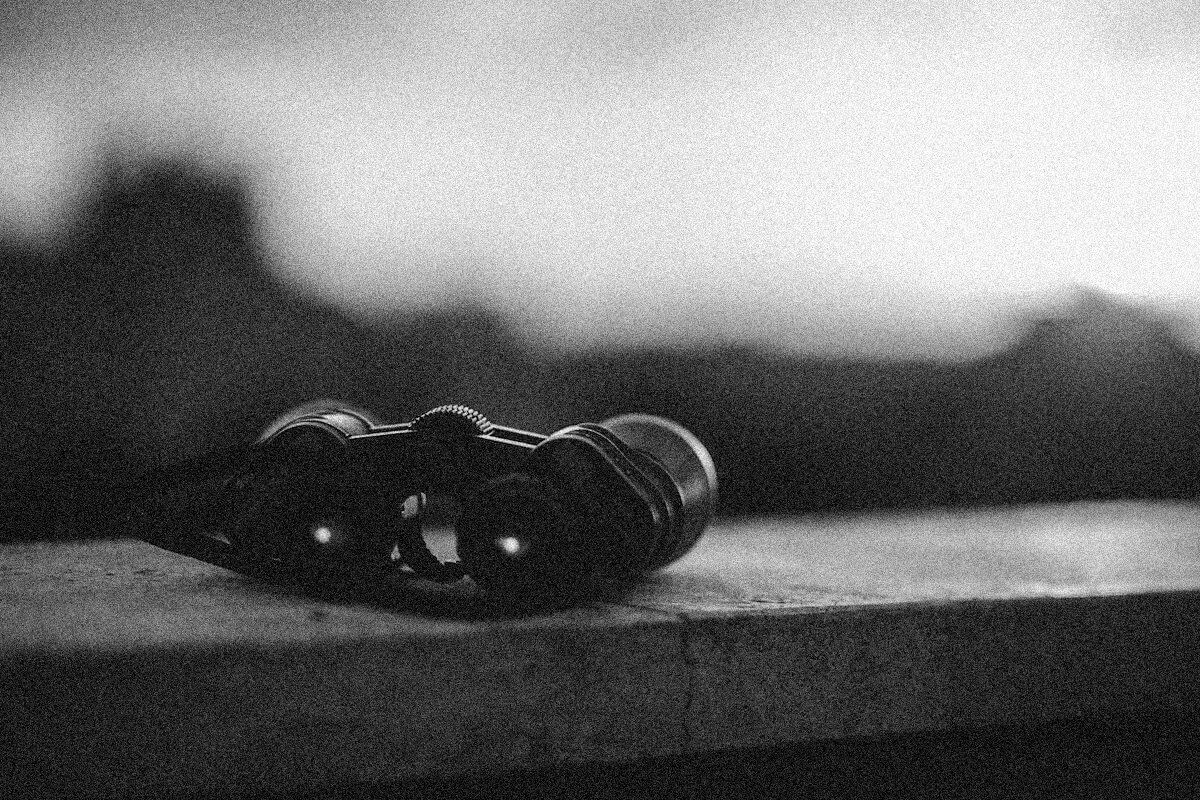 The Japanese soldier had spent his ammunition on the mosquitoes and flies. He swung his rifle against a tree and flung it, but the jungle smacked his face, swallowed his helmet, and pushed him down an endless hill. The always moving jungle tumbled around the cloudy sky.
The young soldier wobbled and limped between branches in search of sanity, slapping insects away from his bloody lips, mumbling, screaming. The mosquitoes were as big as the flies everywhere. The flies were as big as the cockroaches that laid eggs in boots, slept in ears, and lived in the food supply. This is all he did in Guam: collect mangoes, papayas, and soursops for the impending battle. However, like planes, tanks, and soldiers, the fruits bruised and rotted without spirit. All he did was fatten insects and wait for the Americans—to heave fruits at them.
The young soldier stood on the beach, in the woven shadows of coconut trees. He peered at the horizon through the tunnels in his binoculars. No ships. No planes. No end to the fact that Guam was close to Tokyo but surrounded by undrinkable water, a salty graveyard of war. He decided to wash his face. Swimming was always refreshing, but he didn’t want to remove his senninbari too. The birds, always filled with bugs, squawked and scrambled out of the trees.
The lowly soldier peered through his binoculars again. For a moment he froze, denying what he was seeing: warships. He limped towards the jungle but stopped short of the treeline. His comrades said Americans made ashtrays of Japanese skulls. He decided to die near the ocean, where the waves would wrangle for his flesh, and his bones would shatter into bits indistinguishable from seashells. Artillery whistled, and orbs of fire and force exploded among the trees, hurling sand and limestone. The blasts marched then ran inland, flashing against darkening clouds and swarms of blinded and deaf birds and bats. Next came the seared, sizzling smell of burning flesh.
While the fire crackled and chewed through him, the young soldier reached out for the truth of it all. He left a pregnant woman behind. Clouds collided with a force much less than the violence in an embrace.

Gen’s son, Yuri, will grow up beside his mother. Yuri will clean out the garage, and among bags and boxes, he’ll find a magician kit. In the box will rattle three tin cups, three red marbles, and a pair of binoculars. Yuri will keep the cups and marbles, to show his sons a cool trick, but he’ll throw the blackened field glasses into fire. “The garage is clean and clear,” Yuri will tell his wife. “Mission accomplished.”

I hold an MA from the University of Guam, where I taught rhetoric, composition, and literature courses. Nomadic by nature, I now live in Denver, Colorado, anticipating a sunrise better than the one I tripped over on the top of Mount Fuji and a rainy day better than the ambush in the Ubud Monkey Forest. My work has been featured in the Guam International Film Festival, Marianas Variety, Panorama: The Journal of Intelligent Travel, and Eclectica Magazine.