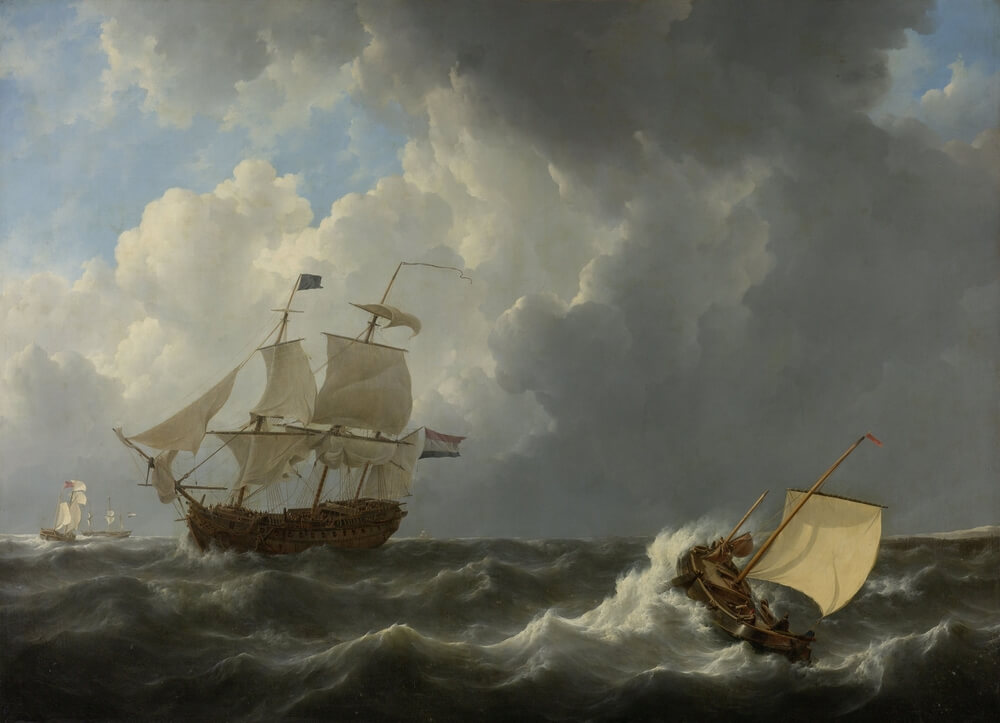 One day (some time ago, but I know not exactly when) in a bid to escape the many creditors who seemed to form an endless line outside my chamber, I found myself wandering for a considerable amount of time streets of the utmost obscurity, without purpose or direction. Eventually, I stumbled upon a booksellers shop and it was here where my life would begin its dramatic transformation. A book caught my eye. Why or how this extraordinary event occurred I cannot know. The book’s cover intrigued me. It was a blend of crimson, brown, and orange with a wooden sailing ship in the background. The title of the book and its author were immaterial to me. The book’s cover bewitched me as if it connected to the deepest depths of my immortal soul.
I secretly purloined the book and made good my departure and returned to my chamber. There, I immersed myself in its story of adventure on the high seas, en route to the Congo River in deepest Africa. The sea has many voices for a troubled soul; it is within us, but it is also surrounding us like a vast rocky landscape envelopes the fortress of an early medieval castle. As I read on, I felt I could hear the yelp and howl of the sea, as a man hauntingly cries and struggles in his death agonies after being mortally wounded by his hated adversary on the battlefield. A truly powerful and eerie sound, one that I would have preferred remained forever absent from my consciousness.
I should mention that my mood had been bleak for weeks, as I had been lamenting the death of my dear friend Roderick from causes unknown. For months though, I had not felt that my life was worth a day’s purchase. My loneliness seemed to have become deeper, more intense, while my wanderings became more frequent yet aimless, as if I was overcome with a somnolence akin to mesmerism. To those around me, however, I seemed gallantly and thoughtlessly alive.
One night (as was becoming increasingly my habit) I was again restless and could not sleep. I dressed and left my small apartment and ventured out. As I proceeded down the eerie causeway, a street lamp muttered and sputtered like a prizefighter in the late rounds whose energy and vigor were slowly dying. The night was dark, lacking any stars, but a large robust super moon was present in the sky unlike anything I had ever seen before. I was held in its lunar synthesis, and it seemed to cast a luminescence over the water that was as sinister as it was sublime. Still its beauty was lost on me. The sea looked blacker than the sky against it, and the soundless air seemed as if it was weeping softly among the trees. Being midsummer, the night was warm yet dry, and I walked slowly along the trampled edges of the street. I continued down to the dock as I spied a vessel about to land and unload its cargo. Near me a tree swung slowly despite the distinct lacking of any breeze. It all seemed so very unnatural.
While I was so disposed, I noticed that several dark figures had exited the customs house and appeared to tally up the cargo as it was unloaded by the roustabouts. As I sat watching the commotion on the quay, my mind brought me back to my childhood. I had always had an allure, some might say an obsession, for maps and all things geographical. I remembered I would spend what seemed like hours looking at places in South America, Africa, and Asia. Africa held a special fascination for me. “When I grow older, I will travel there,” I would hear a voice from deep within me say. For a moment, yea only a fleeting one, I became lost in the memory, and in that graceful moment my melancholy lifted and drifted from me, far away; as if it no longer acquainted itself with my immortal soul. “Goddammit,” I said to myself, “they must need hands on board ship; and wherever their destination, it must be finer than my current tenancy.”

*To course across more kindly waters now
My talent’s little vessel lifts her sails,
Leaving behind herself a sea so cruel; – Dante

** Now the serpent was more crafty than any of the wild animals the Lord God had made –Latin Genesis 3:1

My name is Tim Rico. I am a neurobiologist living in Sudbury ON Canada. This is my second piece of short fiction and is written in the Gothic Horror Tradition of Edgar Allan Poe and E T A Hoffmann.