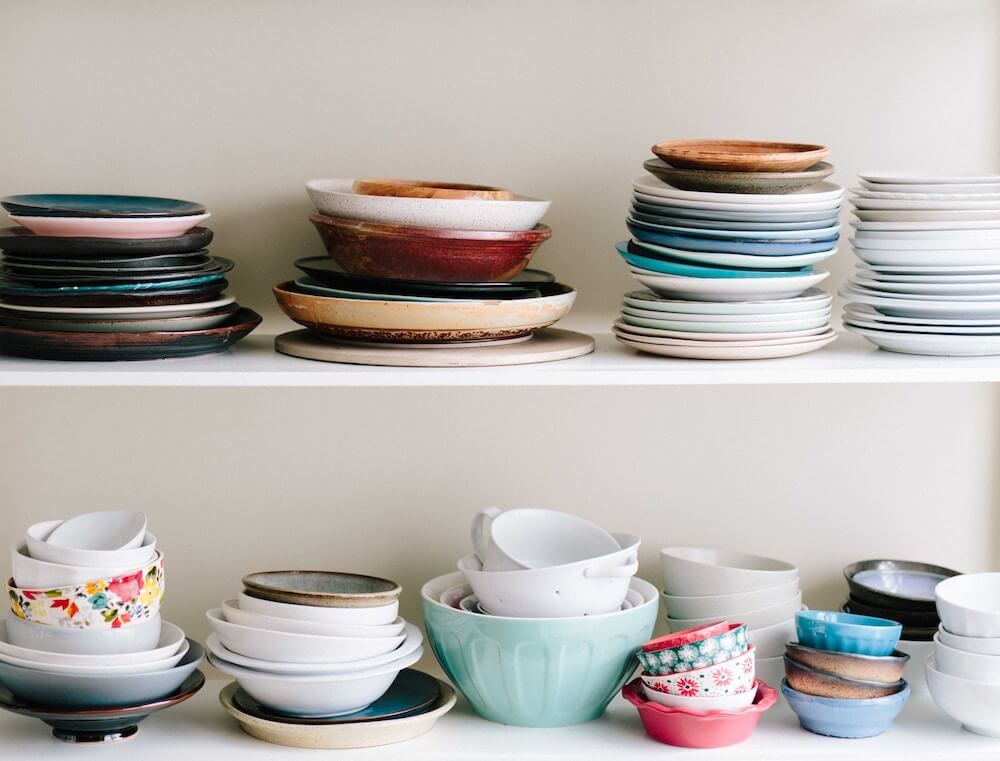 We filed off the bus with the notion that Jason’s mother “lives a little differently” than the rest of us. I imagined taxidermy cats or a wall of mirrors, but upon opening the front door, we were greeted with a wall of things.

Jason, the leader of our volunteer trip, had brought us here to tidy up. His mother must’ve been in her sixties, wearing a floral nightgown that she fussed with nervously as ten middle school students stood very still, looking deeply into her home. We never learned her name.

The tour was brief, with only a few avenues to pivot and absolutely no elbow room. “Here’s the theater room, the kitchen, my bedroom,” all looking the same with mountains of clothes, newspapers, and who-knows-what. The theater room was intriguing, though none of us were tall enough to see if there was a stage behind the piles. Already it was approaching 90 degrees and we stared in horror at the fans that tossed around the smell of must.

The bathroom was outside, just a short walk down a matted grass path. When we peeked through the wooded slat door, we held our breath as the soiled air enveloped us. The long abandoned tub held dirty sheet pans of what looked like leftover casserole, but could’ve been anything. The toilet was raised by a wooden step, looking atop the muddied floor. One boy had the bravery to use the toilet the first day, but the rest of us learned to quietly relieve ourselves behind the uncontrolled bushes that burst from the ground around the house.

Taking in the overgrowth, we didn’t know quite where to start. A few boys started idly picking up sticks and kicking rocks before Jason decided that the bathroom, followed by the kitchen, were the most pressing. The older boys got to work on clearing the yard, as state officials were starting to file complaints.

Two other girls and I were assigned to the kitchen. It was stifling inside, with nothing but a small black circle fan to provide relief. We perched it in the window above the sink, one of the few uncovered surfaces, and took turns washing and drying the sweat on our foreheads. There was no hot water to sanitize the towers of dirty dishes or anything at all, so we microwaved as much as we could in a chipped porcelain bowl, wondering how Jason’s mother bathed. A weed whacker hummed persistently.

When we got too hot, Reba and I took turns scraping cemented egg whites off the counter with a metal spade. After bagging piles of junk for Jason to remove, we spotted a curious trash bag in the corner and opened it for a few moments. Jason promptly tossed it outside with our discovery that it was full of maggots.

Jason’s mother never stood more than an arm’s length away from her home, with her face tilted towards the sun. She looked scared most days, and fought with her son as black plastic bags began to exit her home. “What’s in that one?” we would hear her shout from the kitchen. Reba would peek through the window to see if she was coming, giving me signals when to cease bagging trash and instead scrape at the egg whites.

At lunch, we ate cheese and mayonnaise sandwiches on a patio set that we had dragged out of the surrounding overgrowth. Sometimes we had frozen grapes that we’d snap in our mouths as we huddled in the shade. One day, Reba bought a watermelon, and we greedily ate every last slice, drinking the juice left behind in the rind.

On the third day, we realized that the house was simply too full; the floors had begun buckling, collapsing in the corners. Jason crawled beneath the house to prop it up with cinder blocks, but even those looked to be crumbling. The tiniest girl in our group held a flashlight for him and came back with dirt under her eyes.

We were there for a week but were only able to clear the kitchen and the bathroom. His mother was overjoyed at her space: the cabinets filled with now clean plates, a chair for her to sit, a slanted floor to walk on. Maybe now her son would visit more, she had said. The group of us got back on the bus and returned home, hoping the kitchen would remain in good health without us.

Waving, we left her with her things and blanched air.