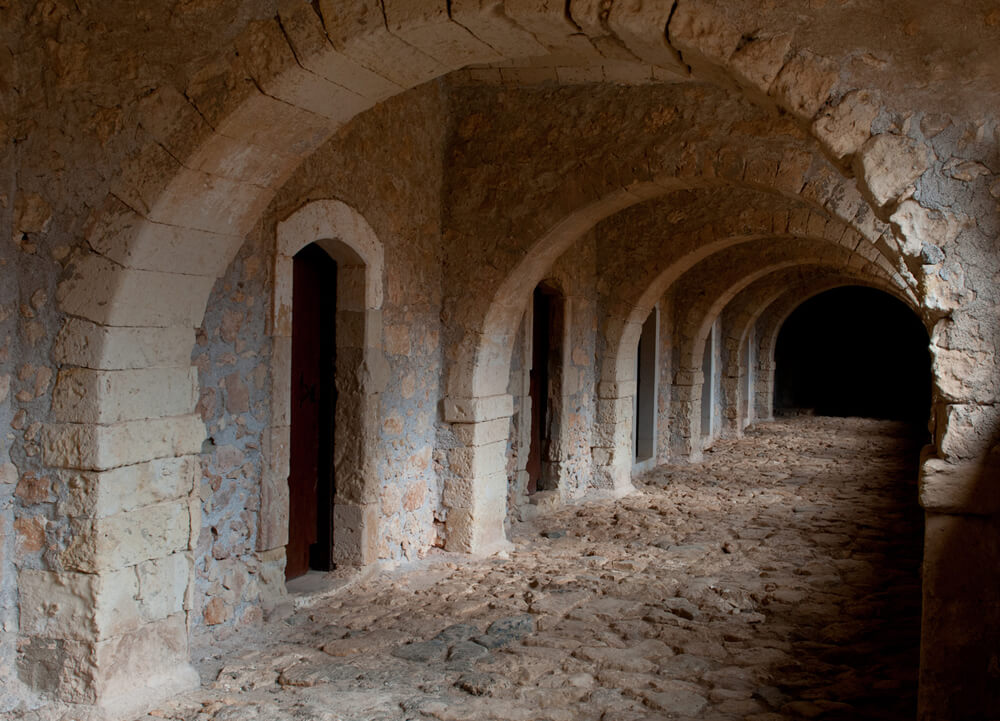 The family palazzo I inherited only after it had passed through many hands. You will not suppose, however, that I wasn’t pleased to own it. The lot of minor nobility is to be begrudged for wealth one doesn’t have, because some ancestors held it and passed it along through other tributaries of the family line.

I had never traveled to Venice until my forty-seventh year, when I received news that the last of my paternal cousins had passed heirless after a bout with pneumonia. I’d instead been living the modest life of a tradesman in Spain, building brick structures in the environs of Barcelona.

Still, I hope you would not begrudge me the opportunity to turn a life of labor into one of leisure, and the offer of the palazzo and its accompanying fortune brought me to my homeland.

Of course, I’d heard the old legend about my great-great-grandfather and the drunken old Mason, but never gave its validity much thought. The Fortunato family had long insulted ours and, after all, it was a string of such insults that led to the slanderous story in the first place. Even on our once-removed side of the family, the affair was a mere source of mythical fascination, a frightening bedtime tale about the consequences of deceit and loose tongues.

Familiarizing myself with the sheer size of my new estate and of its attendant staff gave me ample work upon arrival. One of the chambermaids explained that the last several of my cousins had tended to confine themselves to one wing of the palazzo, leaving the rest of it to disrepair.

For weeks, I busied myself with restoration projects, using the masonry skills that had previously been my lone inheritance to service my new one. The household servants suggested I hire laborers to perform the work, but doing it myself gave me a sense of purpose, and a feeling that I’d somehow earned the boon my lineage had passed to me.

In those same weeks, I explored the city around me. Those in my employ found this a source of interest, as our family had historically avoided the natives except on grand occasions, and I received my share of askance looks from my neighbors.

I also learned that the legend of Fortunato’s demise continued to spur local interest in the palazzo, and that a number of children through the years had been found venturing into its dank catacombs to search for clues. One of the cooks had left my cousin’s service after collecting fees for illicit tours of the catacombs during the city’s annual festival, indulging the townspeople with a telling of the tale within the mildewed underground ruins.

For these reasons, I hope you’ll understand why I felt the need to eventually extend my maintenance efforts to those catacombs. I hope you’ll also forgive my curiosity regarding the truth of the Fortunato story of which my great-great-grandfather stood accused.

Visiting the catacombs for the first time, I took candles to view it the way it had always been described to me, and found it even more musty and damp than I’d expected. It seemed clear to me why so many of my relatives had been lost at young ages to pneumonia. I also discovered that my ancestors had, in fact, stored many pipes of wine in these caverns. Dozens of the vintages had no doubt aged into expensive heirlooms, but whether any were centuries-old amontillado, I could not say.

During that year’s festival, I chose to avoid the commotion by beginning the arduous process of rewalling the catacombs. The brick walls bore the mold of generations, forcing me to wear a mask while I excavated them. As I had to remove the walls’ inner layers to get at the rot behind them, I considered whether I might also find the truth about my forebearer’s alleged misdeed, and used my eye for masonry to seek the place along the wall where a newer layer might seem out of place.

Though my eye for such detail remained, I found no obvious space hiding the possible remains of Fortunato, and instead began with the center area on the wall farthest from the entrance. Our family’s skill at masonry seemed evident, as after more than a century the mortar held strong, and even with heavy equipment, I spent considerable effort removing the first few bricks.

What I found confirmed what many suspected of my family, and proved naive my earlier skepticism. A hollow chamber did, in fact, exist between that wall and the one behind it. Though rusted by years of moisture, a pair of obvious shackles hung from the back wall, and some unmistakably human bones littered the chamber’s floor, along with those of long-dead rats who had once presumably feasted on them. Despite knowing the legend, I found the sight macabre, and the collected decay offended my senses even through my mask.

It must be understood that such a discovery fogged my mind, clarifying the true nature of our hereditary lore. Any motley the bones once wore had disintegrated fully, but how could I doubt this was Fortunato before me, his discovery serving as a final insult to our name?

I alone disposed of the nobleman’s remains, depositing them in a canal, away from the eyes of the town. That foul business completed, my work continued. I removed and patched over his restraints, and cleaned the empty chamber. I feared damaging the walls, and my decision to avoid blasting the surface with water or sand prolonged my work, though I enlisted some of the household help in that task.

Having updated that section of the catacombs, I shifted to the adjacent layer of wall, again removing the damaged interior wall. Imagine my surprise, however, to find another hollow chamber, separated from what I’d assumed to be Fortunato’s resting place by only a thin column four bricks deep. The pattern repeated, revealing another pair of manacles and another pile of bones.

By this time, likely through a servant’s penchant for gossip, word of my discovery had reached the streets. Dozens of interested festival goers descended on my palazzo, and though I tried at first to turn them all away, I ultimately accepted a few volunteers to aid me in hollowing out these facades. Within days, my great-great-grandfather’s legacy had expanded to no fewer than a dozen bodies, all presumably alive when walled up within the family catacombs. What had sat undisturbed for a century now disturbed my sleep nightly, as my inheritance proved to be the grimmest of crypts.

Which, if any, of these unfortunate souls was Fortunato, I cannot say. It may be he never existed, or held place for all my antecedent’s grisly handiwork. Nor can I say whether the pipe of wine that lured him to his fate had ever graced that dank tomb.

Jeff Fleischer is a Chicago-based author, journalist and editor. His fiction has appeared in more than two dozen publications including the Chicago Tribune's Printers Row Journal, Shenandoah, the Saturday Evening Post and So It Goes by the Kurt Vonnegut Memorial Library. He is also the author of non-fiction books including "Votes of Confidence: A Young Person's Guide to American Elections" (Zest Books, 2016), "Rockin' the Boat: 50 Iconic Revolutionaries" (Zest Books, 2015), and "The Latest Craze: A Short History of Mass Hysterias" (Fall River Press, 2011). He is a veteran journalist published in Mother Jones, the New Republic, the Sydney Morning Herald, the Chicago Tribune, Chicago Magazine, Mental_Floss, National Geographic Traveler and dozens of other local, national and international publications.