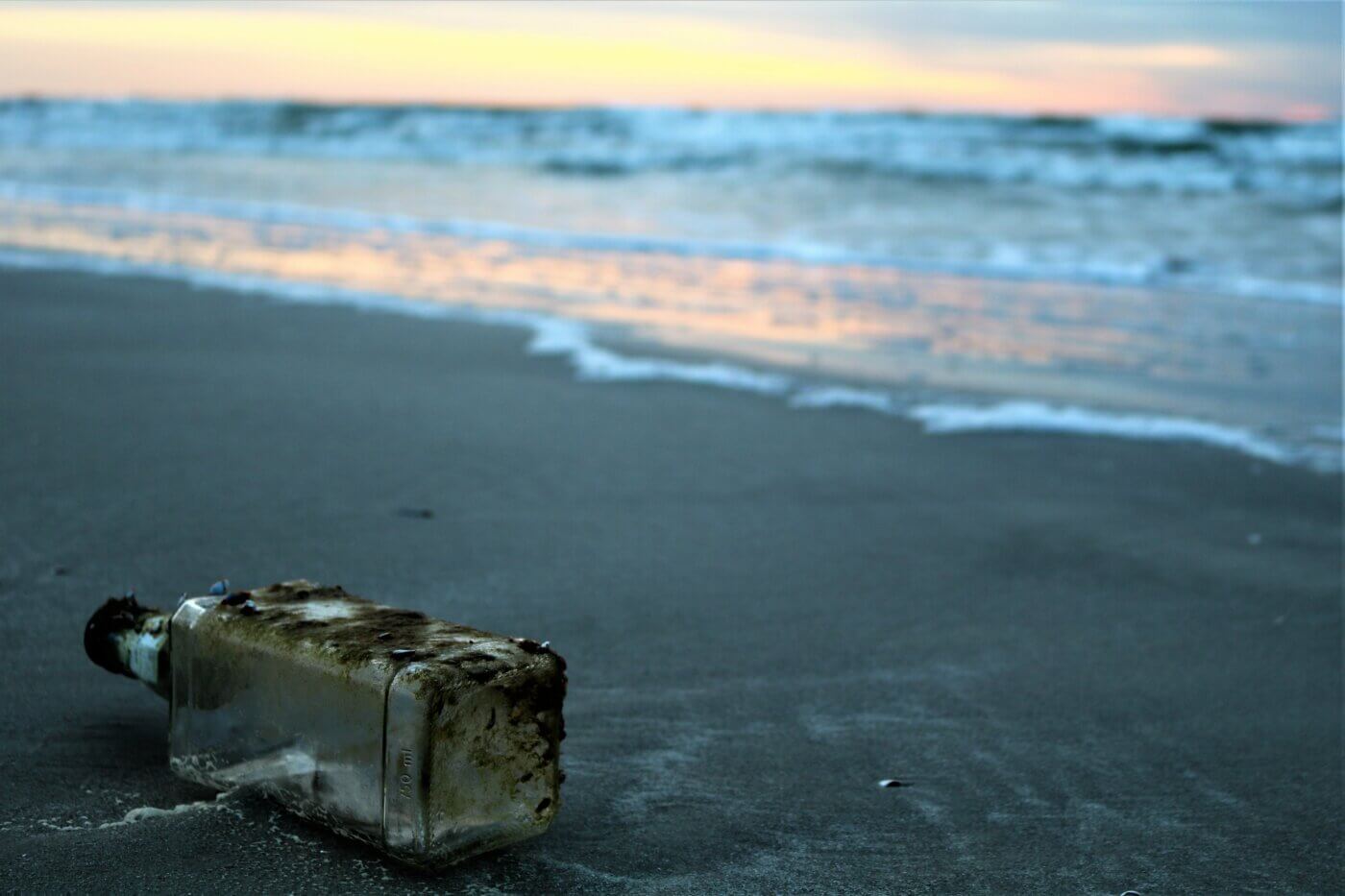 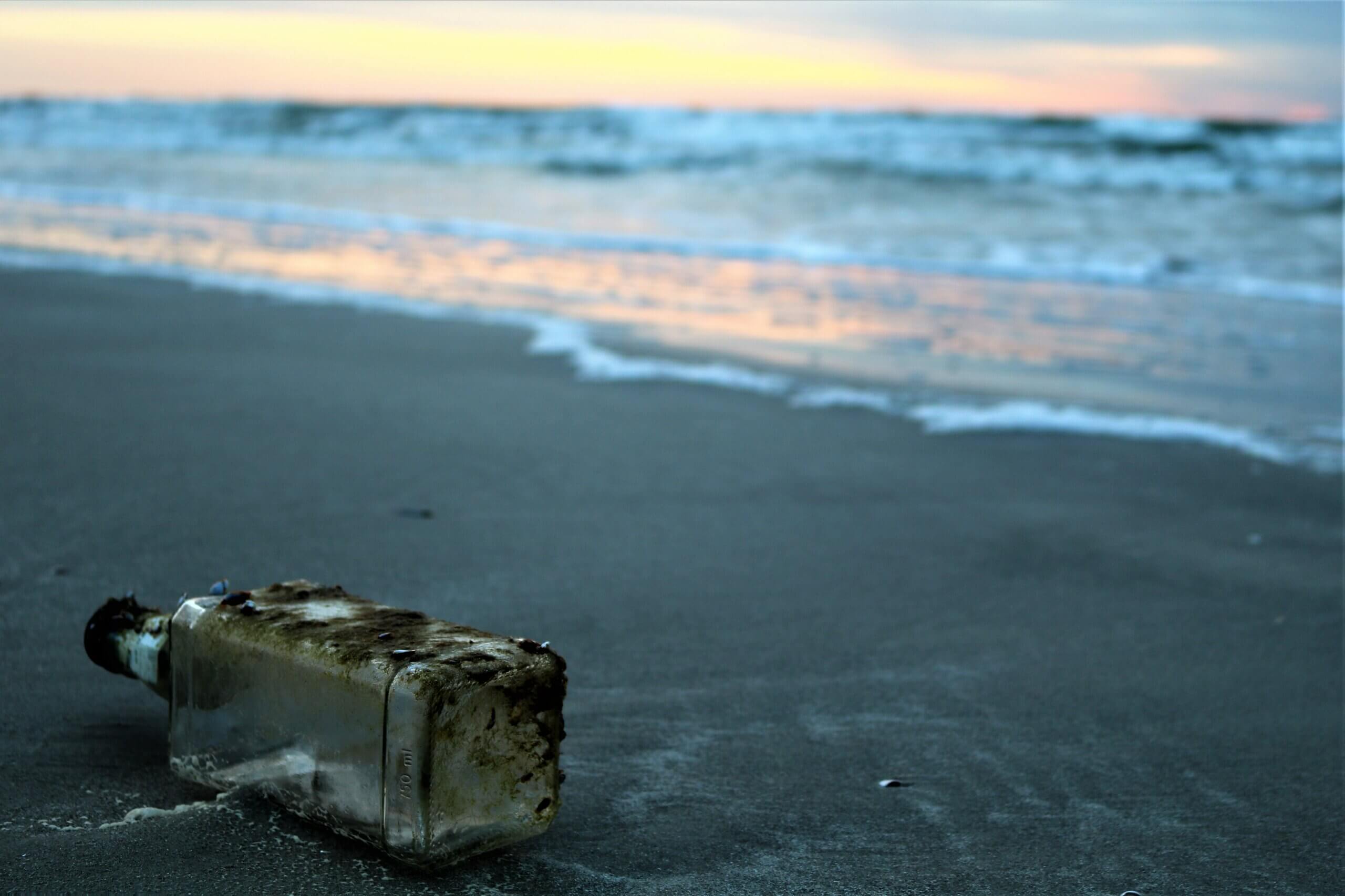 “Again?” Monica asked with a smile. A smile Mark knew wouldn’t be there in a few days. Not after she found out. There’d be no more smiles for him, not from bartenders or waitresses or family or friends. Just scowls and vitriol.

Mark nodded and returned the smile. He tried to keep it tame. Carol had always told him he flirted with his smile. She claimed it was lewd and unwanted. He’d never agreed, but what did that matter now.

Monica placed the beer in front of him and poured a shot. The special as they called it. Five dollars for a shot and a beer. The world could change all it wanted, but the special stayed the same. There was a comfort in that.

He turned around and inspected the bar. Cliff’s. It had changed. When he was young, it had been a cool bar. A place where young people went to drink and dance and stave off their dismal futures, but over time it had become something else. A dive for lack of a better word. Sticky floors, outdated jukebox, surly customers. For a long time, the bar cultivated a carefully constructed wall around itself. It pushed out the young, the new, the living, and embraced its place in society. It was a bar for drinking and quiet and violent self-reflection.

But the world, as it always does, changed again. All those features that used to drive off young people had become desirable. They wanted the dirt and the grime and the darkness. They wanted cheap, working-class beer and old country music. They wanted a hint of danger without the real thing. Mark didn’t know when this change occurred, but now that it had, he longed to return to how things had been.

He’d been coming to Cliff’s since he was in high school. The same high school he now taught at. The same one where he’d met his wife, where his kids had gone, where his life had been lived. The same one that he wouldn’t be returning to, that had cast him aside with such callous indifference.

He threw back the shot and chased it with his beer. That was the only problem with the special. Never enough whiskey to match the beer. Some of the old timers sipped the shot, made it last, so they finished both at the same time, but Mark didn’t have the patience for that.

There was a burst of laughter from the corner. Young laughter. There was something specific about it. A lightness mixed with a slight performance. There was still joy there, but it was lined with a trace of desperation. Over the years the desperation would win out. Middle-aged laughter was pathetic, clawing, an attempt to pretend life hadn’t crushed the happiness out of you.

He thought of his kids – Jack and Ashley. Would he ever hear their laughs change from joy to desperation?

He wondered where they were at that moment.

Ashley lived in New York. She was probably out at a bar, maybe one like Cliff’s, a dive that had been co-opted by the young. Or maybe not. She was a lawyer, successful, popular. She was probably at a cool bar full of interesting people.

Jack was at grad school studying post modernism. He was probably at some campus bar arguing about Beckett or some other author Mark pretended to understand. Hopefully with a boy he liked, someone he could see a future with, someone he could confide his deep lying insecurities to.

Wherever they were, they both hated their father. That was all he could be sure of. They hated him now, and they would hate him forever. There was no coming back from this. Not in the new, changed society Mark now lived in.

Their mother had told them a few days ago. She thought they deserved warning before the news broke. Mark had briefly protested, claimed he should be the one to break the news, but it had been all show. They both knew he’d never be able to handle that.

“Mr. Chandler?” laughter followed the question as if his very existence was a joke. It was the group from the corner. They’d migrated towards him. He’d hoped they wouldn’t notice him, but they always did. That had been one of the things he’d loved about the old Cliff’s. No young people meant no former students.

He finished his beer and motioned for Monica to do it again. Then he breathed in, through his eyes the way that odd spiritualist had once told him to do, and he turned to the laughter.

“I thought that was you,” Jackson said and put an arm around Clyde. It wasn’t a comfortable embrace, it hadn’t been earned. Mark could see the discomfort in her eyes. She’d rather he not but couldn’t say that.

“How’s college?” he asked, not caring about the answer.

“Oh, you know.” Jackson again. Jackson had been boring when Mark taught him, and nothing seemed to have changed.

“And you?” he said, this time to Clyde. She’d been one of his favorites. Smart, talented, and, when she was younger, kind. The kindness was still there, somewhere. Or so he believed. A lot of it had leaked out as she grew older and more beautiful and, subsequently, more popular. Mark could claim he liked Clyde because of her intelligence and work ethic, but it wasn’t only that. It was her beauty. Teachers pretended they didn’t notice, didn’t care, but they did. We all do. We’re drawn to beauty whether we choose to admit it or not.

“It’s good,” she said and brushed a strand of her auburn hair behind her ear, pushing Jackson’s arm off her shoulder in the process. When did they learn to do those things? Who taught them to repel the unwanted advances of dangerous men with such subtly. “I’m taking a class on modernism. My professor reminds me of you.”

He blushed. He didn’t mean to, but you can’t control those things.

They told him a few stories, reminisced about things he’d said or done in class. Jackson did most of the talking, and his stories were always wildly inaccurate, but no one cared. They were out at a bar, a real bar, a bar that their teacher drank at. It was a seminal adult moment.

When the stories ended and novelty had worn off and they realized they didn’t want to spend their evening talking to an old man, they left and he finished his drink.

Typically, he’d have stayed. He’d have drunk until the room pulsed and he needed a cigarette. Then he’d have bought a sixer and a pack and walked home along the river, drinking and smoking and trying not to fall in.

Well, not home exactly. Home was gone and it wasn’t coming back. Carol had seen to that. She knew what was coming, and she didn’t want to be a part of it. She’d still catch some shrapnel, no way to avoid that, but leaving him would mitigate it. She’d be on the right side, she’d be the victim, or one of the victims at least.

And it was easier this way. The kids were gone, adults or near enough. They could form a new unit, a new family, one without him. Against him. And he had to remember that she still taught at the school. She would have to face this in a way he wouldn’t.

But even knowing these things, he still hated her. Resented her for being able to walk away from this. From him.

He raised a hand, and Monica came over.

“Another?” there was no judgement in her voice. That was the key to being a good bartender. No judgement, just service and a removed warmth.

“Can I,” he paused but decided he needed it. “I know you don’t do this, but can I buy a bottle, a pint of something.”

She looked around as if someone was listening, then she donned a conspiratorial grin and leaned in. “OK, but don’t go telling anyone. I’m not supposed to.” She turned and returned with something brown. “And don’t go making a habit of this.”

She smiled as she slid him the bottle, and he was overcome with an unbearable sadness. “Thanks.”

“Wait,” she said and put a hand on his arm. It was so warm, so alive, skin on skin. When was the last time someone had touched him? He thought she was going to ask about him, about how he was, what was wrong. But it wasn’t that. She didn’t care and he couldn’t blame her. “Smokes?”

He nodded and she returned with a pack.

He put some money down, far too much, but what did that matter anymore and left through the front door to avoid his former students who had posted up near the back exit. No one ever used the front door at Cliff’s. It faced the river where the back opened to a parking lot and the town and civilization.

It had been raining for the past few days. Not a torrential rain like they got from time to time where the river flooded, and people wept at their destroyed basements as if their world had ended. This was just an easy, consistent rain. The kind that ruins your day but nothing else.

Mark liked the river. It cut the town in two, and he would often think about how people used to float supplies down it when the towns of this now old state were just being built.

He walked along the river as he drank and smoked. The whiskey bit at his throat and his feet grew clumsy. The smoke drifted up and burned his eyes. He tried to block out reality, to find a fantasy that would allow him to pretend he was someone else for a bit. But it was no use. Reality was too strong, the liquor and his imagination too weak.

They found him the next morning, fully clothed, washed up on the shore, the mild current of the river rocking his bloated, water-soaked body back and forth. They determined it was an accident, a drunken mistake, but there would be talk. There would always be talk about him and the man he’d been. About what he meant to do and what had been an accident.

Patrick R. O'Dowd is a writer of fiction and screenplays. He lives in New Jersey with his partner and their cat. His work has been published by Sequoia Speaks and Quagmire Literary Review. His website is patrickrodowd.com.