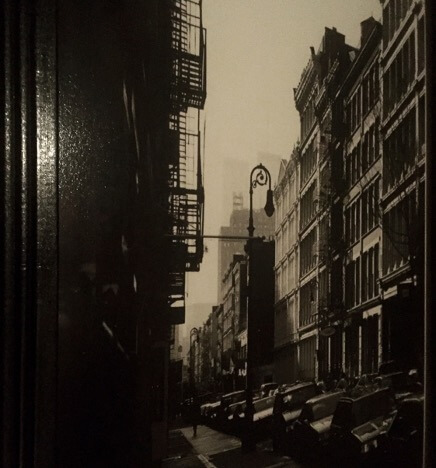 There is a photograph of the East Village that hangs on his wall . . .

Taken December 14, 1996, the subject matter: urban, brownstones unadorned, fire escapes to one side, cars parked bumper-to-bumper and of makes, models, styles that carbon-date the instant.

A lamp post stands in the middle-foreground, slightly left of frame.

It is a focal point, but not in the manner of an exclamation; it is more dutiful: a flag-hoist by which to run up warnings to the future.

And there was plenty of future at the moment the shutter snapped shut: bright, as bright as that sparkling late-year day captured on film.

The lamp post unrolling circular decorative coils as fernheads in Spring, coils hanging out the light as a shepherd's lantern would hang from hooked staff.

And that lantern is lit, this though bright beaming sunlight infiltrates the avenued urban canyon and brownstone strata rising from riverbeds of asphalt.

And that lantern was lit if only in the mind behind the lens on that Saturday afternoon in 1996.

It was, perhaps, a beacon: be positive, but prepare, it might have said.

Run with confidence, but ready yourself, it might have implied.

And the shooter's mind, having snap-captured the scene, was put to alert.

If tucked away into the cedar chest of the mind's back closet, away from the youth of that pinpoint in time—that instant—it was nonetheless there.

He would not have known why, but only that he must prepare, he must be ready.

Be ready for the towers to fall, but faint outlines in the late Autumn haze beyond the lamp post.

Be ready for a rocky road to insecurity, of personal ships-of-state navigating jagged coasts.

Be ready for economies to collapse . . . and recover . . . and collapse again.

Be ready for the pandemic.

And yet, he could be forgiven having found himself unprepared, not ready for such things . . .

For such darkness did not exist in the sharp light of that afternoon, ambling about the East Village, lower Manhattan, vintage Canon AE-1 in-hand, having ambled up on the slipstream instant a creative mind seeks: the perfect frame telling a story, this one of an urban streetside in late-millennium Gotham, old-seeming yet contemporary, the gleaming twin towers of commerce—of national prowess—fading but present inside the mist of cool white light in the background.

In fact, he could be forgiven if he had inferred the opposite from the sparkle beam clarity that was that day; and if only because one can't live in darkness and in light simultaneously.

One can know that the two are of a piece, that they run out on similar frequencies, and in familiar rhythms and grooves.

The towers fell and yet the sun still rose.

The stomach-tight insecurity came and yet the sun still rose.

The economies collapsed and the pandemic swept through and yet the sun continued to rise.

One can carbon-date innocence.

One can use such nostalgic longing as a life jacket.

But the light and the dark, they are of a piece.

And a life jacket will only keep you afloat.

This light-dark urban canyon, an indelible freeze-frame instant captured decades ago, it was of a piece with right now, and of the time in between the two, and of all the victories and all the defeats and the mostly rote routine mediocre instants in between the two.

It was of everything having led up to the shutter snap-click on that crystal cool December Saturday in 1996, and of all the days and the weeks and the years that have unrolled since.

To swim, lest you sink.

To strive, despite the darkness.

Lest we forget what we know. Lest we run fairly mad, arms-waving and dipping in salute to the madness of our creation, the slipstream down-run into the ether that abounds, that state of being in which we find ourselves falling, having lost our hold, having let loose the tight-knot freedom, the thinly tethered grace-note pounding down the avenue as on a mission—as if it had known all along—that all of this here is a continuum—that it requires the marathoner's stride—that for most it is a continuous unstoppable momentum atop which we float—aimless, unobstructed, content  ~

wielded as soft power, as the gentle rebuke of a grandparent whose obvious (strategic?) look of being let-down—of deflation hung on a disappointment—is all that’s needed to pin the point

tossed in as a hand grenade, its verbal shrapnel casting enough blast radius to devastate the intended target, any collateral damage luckless for its chance proximity to the bomb-throwers of love and war

it is known the world over

no one has any earthly idea

these are facts that must be submitted to a candid world

no one has patience for details anymore

my Dad had a saying: “you ask that guy the time and he’ll tell you how to build a watch,” a phrase that I always found grating for its shallow depth, preferring the deep-dive myself 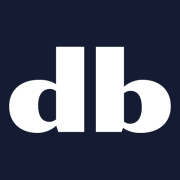