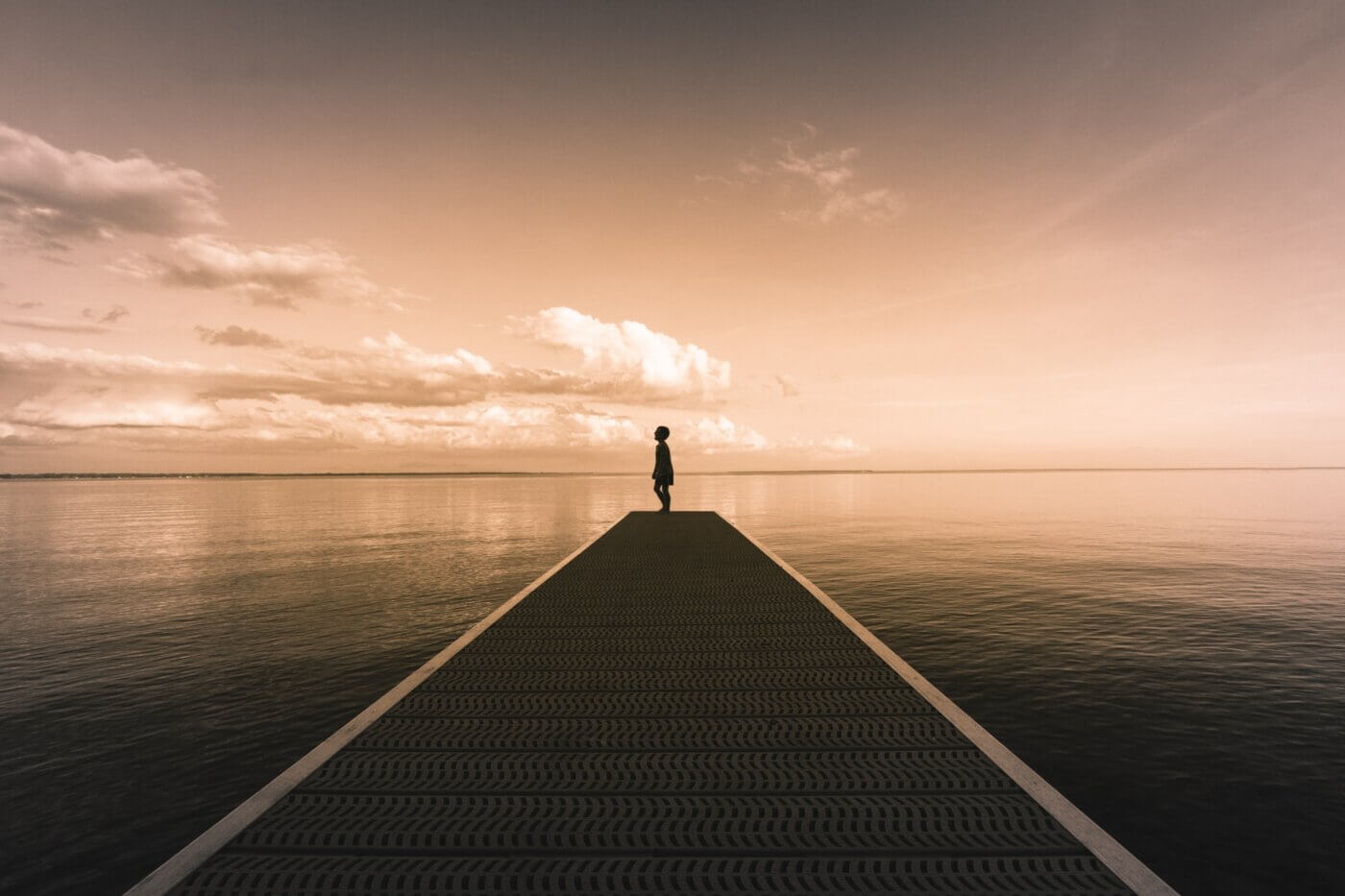 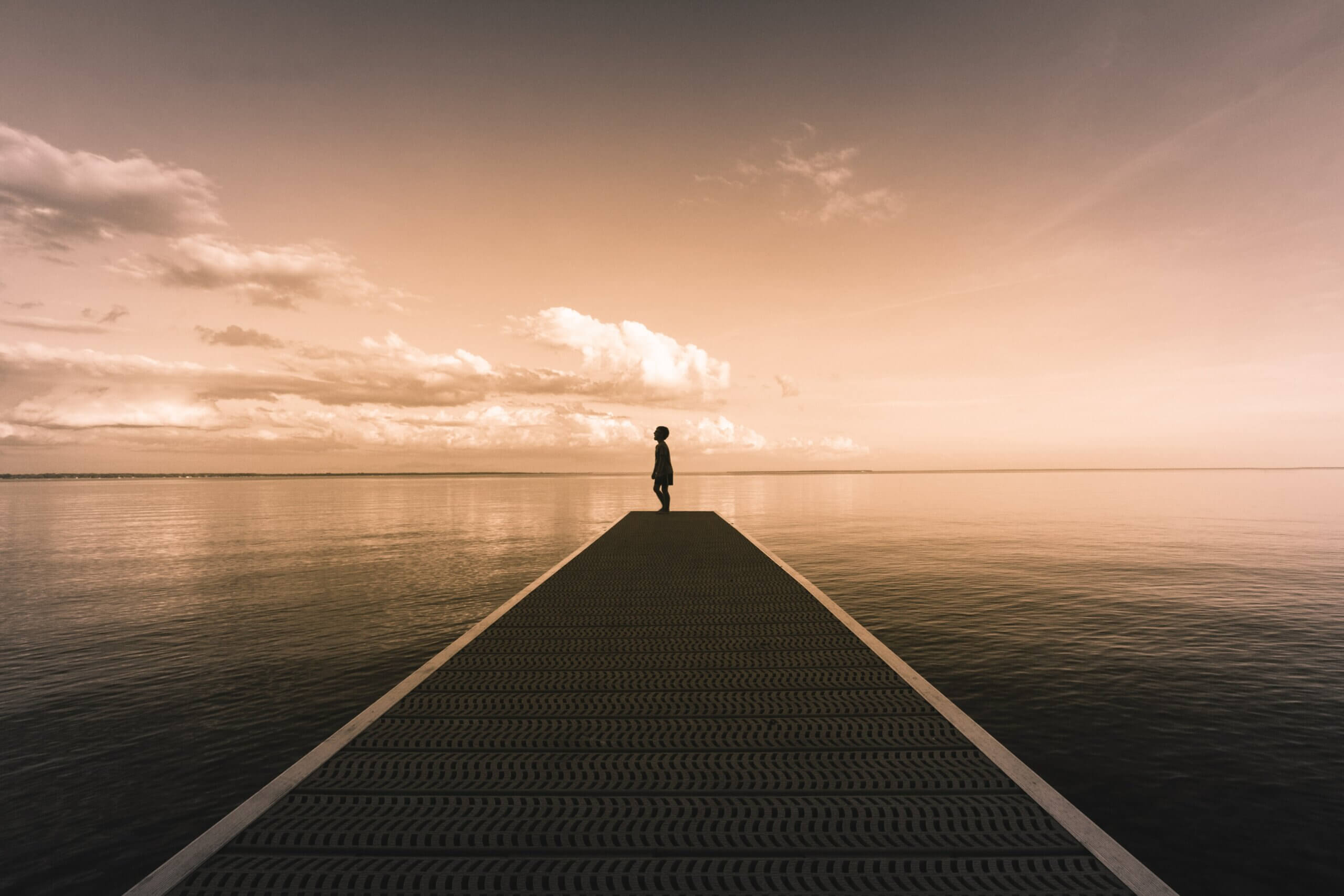 Photo by Evi T. on Unsplash

First time I did it I was three and a half, complete with gold, bouncing curls and freckles from a summer spent in the sun. I went to daycare every day, and that night I went to daycare, too. I didn’t know what to call such a menial moment. Eventually settled on calling it a “blue-skadoo” like my favorite television show. Nobody believed me except my friends at the church.

I spent ages trying to replicate it (but of course, as a toddler, it was something akin to weeks or months). My attention span was short back then, but somehow that menial moment stuck with me. I kept trying and trying and

I did it. I did it! Almost three years later, of course, but I did it and holy shit did I regret it. I was sitting in church that time, smushed between my mom and dad. Couldn’t remember what bad thing I did to land myself between the parental figures, but whatever, because I’d just jumped inside a dream.

Do you ever wish so hard that you’d had the sense to pull the plug on an outlandish dream? I mean, we’re talking quite literally here, but still – it exists, that moment. Like meeting a celebrity you look up to and finding out they’re an asshole. There are boundaries to hope, and we’d do best to follow them.

A giant-ass tarantula. The thing ripped the cathedral ceiling straight off like tearing a piece of paper. It stuck one of those huge, hairy legs down into the pew right in front of me – and in that moment everyone else had vanished from the church. I was no longer squished into place on either side. There’s long-lasting hurt in

abandonment. I wish I’d abandoned it. This strange ability that felt like a superpower – but not, because every time I tried it I ended up hurt. Never physically (save that for the outside world), but mentally, I bent myself into so many different shapes that I started to forget what the original even looked like. And to this day, I still can’t remember if that day at preschool really happened.

(Of course, I know the tarantula thing wasn’t real. I’m not that gullible. But imagine being six years old and living that – believing that. Maybe that’s where all the religious trauma stems from – not from the

lesson that one day where the pastor sat all of us down – all sixteen of us, all of us I still remember by name and by birthday – we sat on the rug in the back of the classroom, the one with the winding roads that I’d play trucks with Katie and Hailey and Abby on. We sat on the rug, and he told us the story of little Chinese children, our age and half our size, gunned down in their school gymnasium for believing the same thing we did.

I didn’t want to live through it myself.

Those moments became something I was ashamed of. Waking up in cold sweats and seeing things through my eyes but not my awake eyes – it was enough to have me wetting the bed at going-on-eight-years old, but how was I supposed to tell anyone why? Shit happens and life moves on and God forgives all your sins, even when you piss the bed because of church-sized tarantulas. I gave it a name, then. I called it a big nightmare – because I was seven and I didn’t know any better. And to be fair, that spider was pretty damn big.

It faded, like all things do at that age, into my subconscious. The memory was still there, but buried beneath a pile of other, dreamless nights. And I’d go to school and pretend I had the coolest dreams, just like everyone else. I’d go to school and tell my friend Liz that I saw Hannah Montana in my dream, and she’d say no way that’s true, because Hannah Montana was in her dream last night and Hannah Montana couldn’t be in two dreams at once. I’d been trapped in my own web of lies, because of course I didn’t really dream about Hannah Montana, and that meant Liz and everyone else was going to figure out my secret.

And then it happened again.

Years later – I must have been nine or ten at that point. I went to bed and woke up at school, and before I could even get up and dust myself off, I knew.

I don’t know what told me to run that day, but I did. I ran and I hid. Up on the theater stage in the gymnasium, behind the curtains kids my age weren’t allowed to go behind; behind the mats lining the gymnasium walls to keep idiot kids from smashing their foreheads into brick during gym class; in the lunchroom kitchen underneath the cabinets. I remember the rough pull on my wrist, then the yanking on my hair. I still don’t know who

did it? Did it feel exciting, fun, even to be in danger but know it wasn’t real danger? I convinced myself it did – and I said so because I couldn’t shut it off. That same dream happened every night for two weeks straight, and every night I was caught in a different place.

I learned to manipulate myself in dreams, then – to escape the predator in my dream and the cold sweats when I woke up. I shrunk myself down and hid inside a milk straw, and I awoke to the same cold-sweat, heavy-breathing rhythm as each night before it. I don’t remember how it stopped, all I remember is the relief I felt when it did.

It stopped for years. Some faucet in my mind had finally leaked itself dry, and it left me with sleepless nights and well-rested mornings. And then, as if I’d forgotten all those years before, I started training myself to do it again. It had a name by then – one recognizable to others as well as myself. And I think telling others I could lucid dream felt like more of a cool, quirky ability than a detriment to my mental health.

But by the time I admitted I could do it, I’d already decided that whatever horrors awaited me in my dreams couldn’t be worse than high school. Maybe a bit melodramatic, thinking back on it now, but then I’d been a scared kid with friends who pushed her into lockers and lifted her skirt in the hallways and

in my dreams they didn’t have to exist.

It was fun at first, relearning. Took exactly eight-and-a-half tracks from the Twenty-One Pilots self-titled album for me to slip into my meditative state, and then after that I was free to do whatever I wanted. I got better at controlling the environment, at removing the dangers before they could get to me. My favorite thing to do was fly because I’d never known flying beyond looking down outside of airplane windows, and everything felt so far away. Unreachable. What dangers could possibly await me all the way up there?

All good things must come to an end. I never believed that until the night I tried bringing a friend into my dream – into my personal headspace – to get some sort of man-made apology, to dig up some truth to the harassment.

Something happened that night, and I had no way to fix it. No big red button to reverse time – though I tried my damnedest to conjure something like that in my head. I had scribbled over the private space I’d created. They never stopped intruding after that.

I used to think to myself on my worst nights, “I want to go home.” I’d be sitting on the floor of my bedroom, crying along to songs that pleaded for me. And I’d wonder why it didn’t feel like home anymore.

I realize now that I forfeited the only home I really had.

I remember exchanging dreams at the lunch table later in my sophomore year of high school. After I’d given up my safe space, surrendered it to the people who made me feel the least safe I ever had. I remember one of my best friends describing in vivid detail how he and his friends gang-banged me right there on our lunch table, how he followed me into the bathroom after for a second round. How it was the

best dream I ever had was when I first taught myself how to drive a car in my dreams. I could drive one in the real world, but for some reason in my dreams it was always dark out and I was always in the back seat trying to steer with broomstick handles.

I learned how to crash cars.

I don’t like to think of people as “cursed.” Bad shit happens to everyone, and sometimes the unlucky stick bashes a certain person on the head one too many times. I didn’t start thinking of myself as “cursed” until I realized that not everyone suffered from this. Until I realized that most people dreamt of menial, dumb, nonsensical scenarios that sounded like a third grader who got lost while telling a story.

“…and then a unicorn showed up, but he had to go to the bank so he could afford to buy lettuce, but unicorns don’t eat lettuce so it was for his vegan squirrel friend…do squirrels eat lettuce?”

Maybe this retelling isn’t quite as painstaking to you. Maybe lucid dreaming really is a gift to most people.

Maybe I should stop complaining.

How do you forget the feeling of betrayal being raped by your boyfriend’s best friend who has never, ever wanted to hurt you?

How do you forget the image of your cat’s head being crushed under a garage door as she wakes you up by sitting on your face?

How do you forget your mother’s last words when she died of cancer, then wake up to a phone call from her, perfectly healthy aside from the headache she’s calling to complain about?

How do you forget holding your father’s hand on his deathbed while he died of coronavirus, only to bring him lunch later that afternoon because it’s Friday and you always get lunch together on Fridays?

How do you forget?

Chan Brady is an author of anything that comes to mind. Her specialty is writing notes down in her journal about pieces, but never fully writing them to fruition. She is taking a gap year between her Bachelor's degree and an MFA to curate the perfect portfolio for the task.