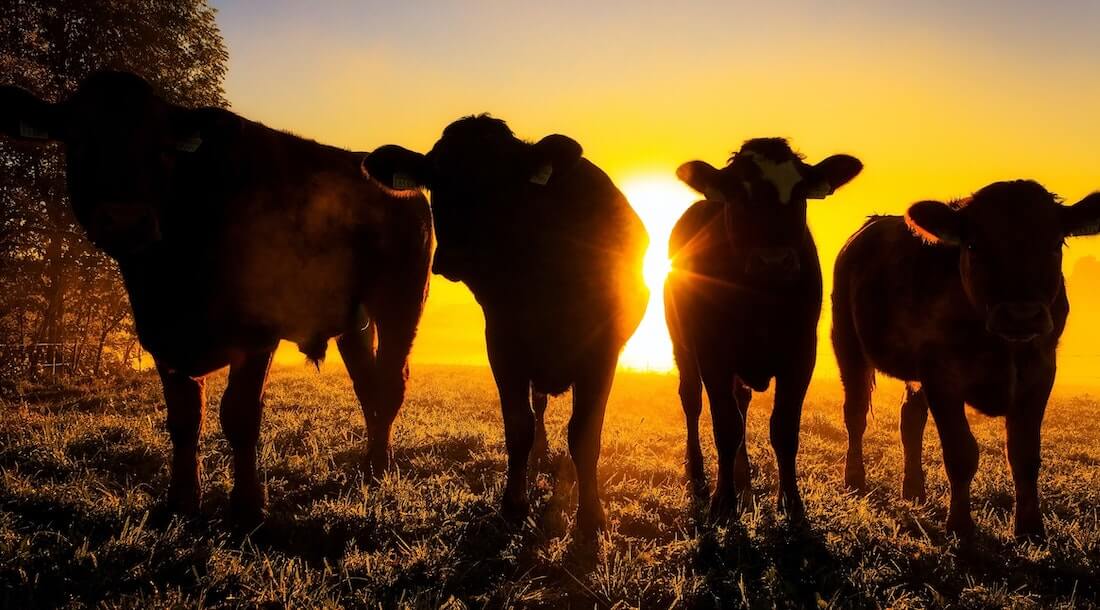 “This is just in, cows on strike! Hi, I am Reggie Stone with KPLM news. I am at Farmer Dale Robin’s fenced-in pasture, where we are seeing cows on strike. They’ve refused to give milk for two days now. Dale, what is going on? Why are your cows on strike?” Reggie moved the mic from him to Dale.

“Well, it all started two nights ago. I was up at the house watching my cable program, Farmers in New York. Have you seen that show? Boy, those farmers get wild in the Big Apple. Anyway, the girls loved to come up from the barn and watch in the window. My wife Debbie decided it was not good to watch all that boob-tube stuff. So, she called the cable guy to come pick up the cable converter box. Well, that made the cows furious. They looked forward to the show every week. I tried to tell them sorry many times, they are not having it.” Dale shrugged his shoulders, not knowing what to do at this point.

“So you’re telling me your cows refuse to give milk, because they cannot watch cable television. Why on earth do they care so much about a fake New York show? I mean, can they even understand the show?” Reggie had his hand on his head, trying to understand all of this.

Farmer Dale said, “Why, yes, they’re educated cows. They come from the best milking lines in the states.” Dale looked over at the girls in a proud-like manner.

“You’re telling me these cows have had an education.” Reggie shakes his head, still not believing what he is hearing.

“Well, yes sir, these girls come from Heifer-Dine University.” Reggie dropped his microphone in shock. He picked the microphone back up after hearing about cows going to school.

“You are pulling my leg, right Dale?” asked Reggie, thinking this old farmer is joking and is off his rocker.

“No, sir, I am not. I am standing right here in front of you. I am not pulling your leg.” Dale smiled.

“Dale, how do you plan to get the cows off of the strike?” Reggie said, not believing any of this backyard honky-wonky stuff.

“Well, sir, I am not sure what I am going to do.” Dale shrugged his shoulders.

As people from the city started showing up at the farm to see these cows on strike, Dale wondered if the girls would ever give milk again. This could put the farm in a financial break. His wife Debbie pulled up in their old farm truck. She stepped out of the truck with a confused look on her face. She wondered why all the reporters.

“What on green earth is going on, Dale?” Debbie turned toward her husband with her hands on her hips.

“The cows are on a strike, refusing to be milked. It is your entire fault, Debbie.” Dale realized he should not have accused his wonderful wife, because she angers easily.

“It’s my fault, Dale Robin, you better tighten that trap of a mouth of yours.” Debbie turned every shade of red, her arms crossed across her chest.

“Mrs. Robin, he is right. You took the cable converter box away, and the girls loved watching television in the evening,” Reggie said, thinking he may have added more fuel to Debbie’s anger.

Debbie uncrossed her arms and let them fall to her side. She cracked a smile, then a giggle. Dale and Reggie looked at her as if they were about to watch her snap and lose her mind. However, that was not the case.

“I gave the cable converter box back, because I know how cramped the girls must have been looking through such a little window, and winter is coming. So, I went down to have a large screen put in the barn with a satellite dish. I figure lucky cows make more milk.” Debbie looked so proud of what she had done.

“You said I was watching too much television, I thought that is why you took the cable away.” Dale looked at his wife in confusion.

“Yes, you were, and I thought to myself, you work really hard to keep this farm running and the girls happy. I figured you can use a new big screen television and satellite dish too. I also took it upon myself to have a heater installed in the barn for the girls.” Debbie smiled at her husband.

Dale smiled at his wonderful wife. “The girls are going to be so happy with their new barn.” Dale wrapped his arm around his wife. “Let’s go tell the girls the wonderful news,” Dale said as he walked, holding his wife’s hand.

They walked towards the barn, along with Reggie and other news reporters. They noticed as they walked into the barn the girls had signs on their udders that said “out of order.” They had turned their backs on the farmer and his wife as they walked in.

“Hi, girls, we have some glorious news for you. We are going to upgrade the barn for you. How do you feel about that?” Dale tried to convince the girls to give up the strike. The girls just turned up their noses and swished their tails in his face. “Well, girls, would a warm barn for the winter be a pleasant start?” Dale was still working on the girls to give up the strike, as he told them the good news. The girls turned up their ears and listen for more good news. Betty, one of the younger girls, turned around and took off her sign, and walked over to Dale. The other girls huffed at her for giving up so easily. Dale continued his peace offering. “How about a nice big screen television to watch your favorite show you all like?” Dale smiled, hoping they would all give in, but only two more girls took off their signs and walked over. The older girls were not having it or giving up that easily.

As Reggie kept filming the strike, he was getting phone calls from the news station and nearby ones. He never thought a story like this would make him the top reporter in town.

Dale could not figure out what it would take for his older girls to come off the strike. They were going to have a heated barn and a big screen to watch their shows on. He kept thinking about what would interest them. He thought real hard. He noticed that when the girls would get up from their stalls and walk, they would be very stiff after a day of milking. He got it.

“Girls, what if I got you massage blankets, so this way, after a long day milking, you can have a wonderful night of rest and not be so stiff in the morning?” Dale was sure the older girls would take this offer and run with it, but they only came closer to Dale. They didn’t remove their signs. What else could they possibly want?

Then Debbie had an idea. “Girls, what about if I fix you warm oatmeal for the mornings during winter time to get you going, and maybe some warm corn chowder soup in the evenings? Would that help seal this strike?” Debbie and the rest of the crowd sat and waited for the older girls to remove their signs. The girl’s perked their ears up and looked at each other. The crowd grew quiet and watched to see if the strike would be over. Sweat poured down Reggie’s neck. He was hoping this would get him the top reporter job. They all watched in suspense, hoping they would give in.

Suddenly Tina, the oldest of the girls, walked up to Dale and stared right into his face. She gave him her big brown eyes, and he could feel her hot breath. Suddenly, Tina stuck out her big pink cow tongue and slurped it across Dale’s face as a yes and a thank you all rolled into one. Dale, standing in mere shock at his dripping cow-kissed face, could hardly break a smile and wrapped his arms around Tina. The rest of the girls, including Tina, took their signs off and headed for the milk parlor. Everyone jumped and cheered that the strike had ended.

“This is KPLM News, and I am Reggie Stone here to bring you the latest update on Cows on Strike. You saw right here folks with your own eyes, cows on strike. This is all because of a cable converter box. Now these cows will have the best life. I would never in my life, ever, think of animals going on strike, but you saw it here firsthand. Have a wonderful evening and see you tomorrow for another news report with Reggie Stonehorse, now back to the studio, Phil.”

“I am so glad this is all over now. We can now get the farm back to normal,” Dale told his wife.

Just then Debbie noticed the ducks were wearing signs around their necks and so were the chickens. “What is going on, what do those signs say, Dale?” Debbie pointed at the poultry.

Dale squinted to read the following sign on the ducks pen. “No heated pond, no eggs.” Dale slapped his forehead in disbelief. Then he walked over to see what the chickens said on their sign. “No swing set, no eggs.” Dale was about to faint when he looked up and saw the horse. He had a sign that said “No carrot smoothies, no work.” Dale fainted; Debbie threw a pail of cold water on him.

“Well, it looks like we will be here all week, so stay tuned here on KPLM News. I will be here live, with all your updates on the farm strike. This is definitely one for the books in my career. This is Reggie Stone here at farmer Dale Robin’s farm where animals are on strike, coming to you live right from the farm.” 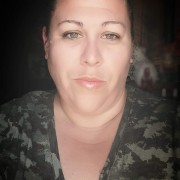