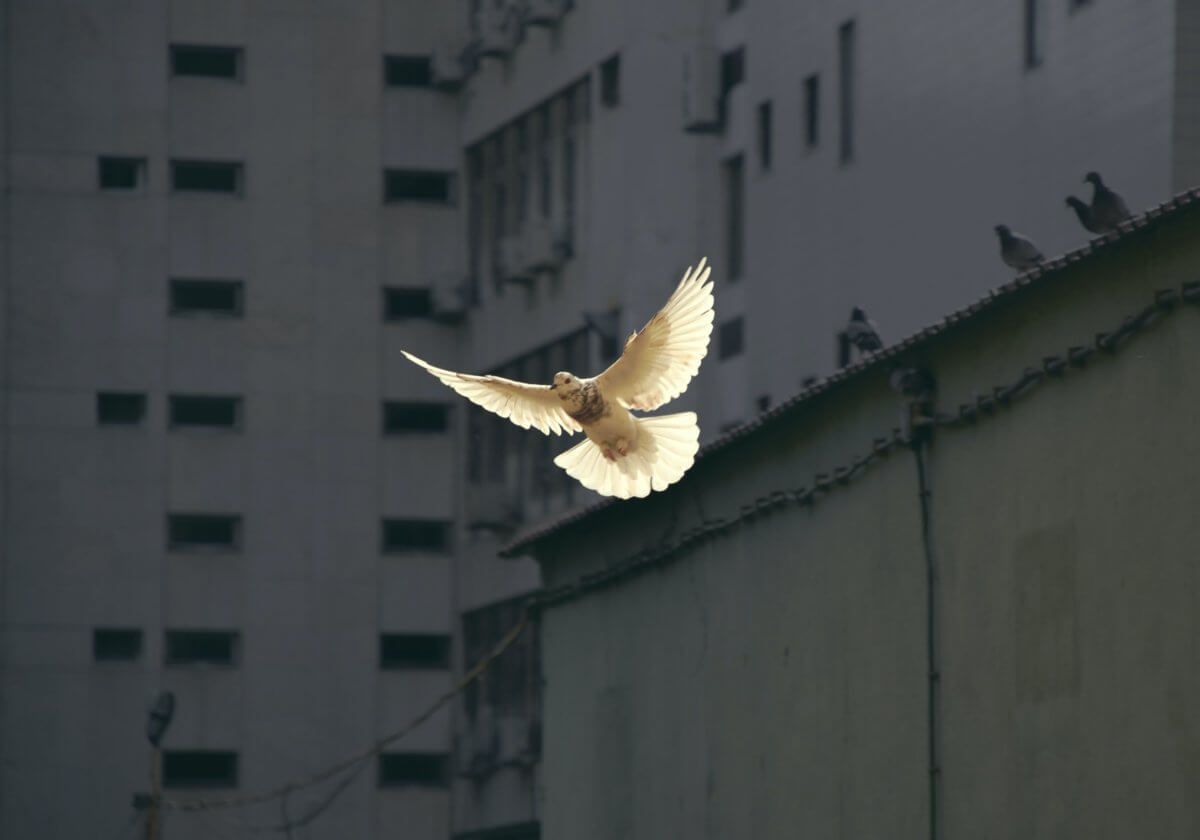 A driving rain laced with hail pelted the limo’s roof-making conversation difficult, and so provided a sanctuary of silence as the uniformed driver chauffeured the grieving family out of the city to the hillside cemetery.

Sophia’s husband Joe sat next to the driver, although there was more than enough room in the back, where her son Anthony and his wife Mina sat on either side of her, as if she needed to be propped up like some helpless old lady.

Sophia believed the storm was a sign that God was as angry as she was that her daughter was dead at the age of twenty-three. Father Dominick said he understood, but his visit to the house had been a waste of time. His suggestion that she was facing a test of faith that would allow her to move past her pain to eventual peace and understanding had meant little to her; and hadn’t he also talked of “Forgiveness”? He asked her to trust God in His infinite wisdom and mercy despite her daughter’s gruesome murder at the hands of the devil himself.

“Mary Jo’s in a better place,” Father D insisted. “She’s beyond all worldly pain and misery.”

Empty words that offered Sophia far less comfort than the narcotic embrace of her doctor’s pills.

“Okay, folks, this is it,” the driver said, as he turned onto the cemetery’s long winding drive.

Outside Sophia’s window was a verdant landscape embedded with neat rows of headstones newly washed by the rain—a desolate sight that unnerved her. I can’t do this, she thought. To make matters worse, Joe was sobbing.

Mina reached for her mother-in-law’s hand to calm her, and said, “Ma, look how many people are here to pay their respects.”

Sophia pulled her hand free and dug into her handbag for her compact mirror and held it before her face to examine her makeup. She sighed, and then snapped the compact shut. “No, I was wrong,” she said. “I can do this. For Mary Jo’s sake, I can do anything.”

With her son and daughter-in-law on either side of her, Sophia trekked through the rain to the funeral tent. Joe, soaking wet, trudged behind them.

Father D, an oversized umbrella in one big hand, led the way to the front row of folding chairs. As she took her seat, Sophia noticed Mary Jo’s casket cradled in the lowering device and wondered if the grave was filled with water. Nearby, a canvas tarp covered a mound of earth that would soon cover her daughter.

Father D knelt before her. “Do you want to say a few words before we begin?”

“No, Father, everyone here knows Mary Jo. She was a good girl.”

“A good girl, yes, of course she was,” Father D said. ”We shall miss her terribly.”

Throughout the brief service, she resigned herself to her faith’s traditions, and even endured her husband’s soggy embrace until it threatened to suffocate her.

As Father D intoned the final prayer, Sophia kissed her daughter’s gold heart pendant, and whispered her own prayer: “Mary, Holy Mother of God, watch over my precious little girl and give me the grace to forgive the monster who took her life, may he burn in hell.”

When Joe suggested getting some new furniture for Mary Jo’s room and turning it into a sewing room, Sophia told him she wanted to leave everything as it was for the time being. The truth, which she did not share with her husband, was that she often visited the room at all hours, pausing there long enough to feel her daughter. Sometimes, she stood in the closet with the door closed. In the dark amongst her daughter’s clothing, she could still detect Mary Jo’s scent. For Sophia, the tiny bedroom was a shrine containing the last vestiges of her daughter’s life.

Unable to come to terms with Mary Jo’s death, Joe became morose. Since he returned to work, he was always tired, and, after dinner, he collapsed in front of the TV, eventually falling asleep in his recliner.

Sophia, emotionally spent herself, let her husband sulk and mope, while she bore their grief alone through sleepless nights convinced she was losing her mind.

On several occasions since the funeral, Sophia felt Mary Jo’s presence. One night, she woke to find her daughter lying beside her in bed. On another occasion, Sophia saw Mary Jo’s ghost gliding across the backyard under a full moon.

She sought advice about her “visitations” from Father D, who shook his head wisely as he listened, but told her nothing that helped. “You must understand,” he said, “that you are experiencing something like daydreams brought on by your sadness and grief. In time, with prayer and healing, they will cease and you can move on.”

But, only a few days later, she felt a distinct tap, tap, on her shoulder, but there was no one there. An hour later, she felt the sensation again, and knew it was Mary Jo.

Sophia turned to her physician, complaining that she was seeing things.

“It’s no wonder you’re experiencing hallucinations,” Dr. Crowley said, finally naming her disorder. “They’re often caused by sleep deprivation, or chronic insomnia if you will, which is often a symptom of depression. A vicious cycle, if you will.” He gave her a prescription for a “tad stronger” sedative to make sure she slept through the night.

The new pills worked. Mary Jo’s visits stopped. To celebrate, she invited Anthony and his family, whom she had been neglecting, for lasagna.

The night of the dinner, Sophia and Joe enjoyed a glass of wine in the dining room, while they waited for their guests.

“There is one time, though, I can’t forget,” Joe said out of the blue, as if they’d been sharing memories instead of silence. “We were watching TV, and Mary Jo got home from a date early.” He ran one finger along the edge of his wine glass, and smiled. “Instead of going to her room like usual, she watched the show with us.”

“Be-lax, Mama,” she would chide. Or sometimes, if Sophia was being a real bitch, “Don’t get your panties in a wad, Mother.”

Sophia finished her wine, and poured a second glass. Why had she tried to keep her daughter away as if she were a spook, or the result of some disorder? She gave Mary Jo a conspiratorial look, one they had often shared across the room, behind Joe’s back—her daughter sitting there in the overstuffed leather chair as plain as the nose on your face.

“I’ve seen her, Joe,” she said, relieved to tell him at last. “Mary Jo’s been here—her spirit, I mean. I thought at first that I was seeing things—maybe losing my mind. But it’s her, I know it is.”

“I can believe it, Mama,” Joe said. “I haven’t seen her myself, but I’ll forever remember that night, and how, without saying a word, she came right over and put her arm around me, and sat beside me for the rest of the show. It was like she gave me a gift, you know? Like she knew that one day I would think back, and—”

Anthony's arms were filled with bread and wine. Mina was carrying Tony Junior, who, upon seeing his grandmother, squirmed out of his mother’s arms and ran to Sophia. “Lift me up high, Nonna,” he said, holding up his arms to her.

And she did. Her grandson was so light, Sophia lifted him high over her head and held him aloft until he squealed with joy and begged her to let him down. 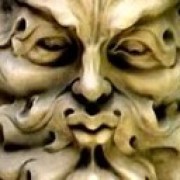 Stephen Newton is a writer based in Southern Appalachia. His most recent fiction is featured in, or is forthcoming in, Two Sisters, Drunk Monkeys, Cagibi, The Ice Colony’s Lo-Fed Chronicle, The Write Launch, and Litro Magazine USA.