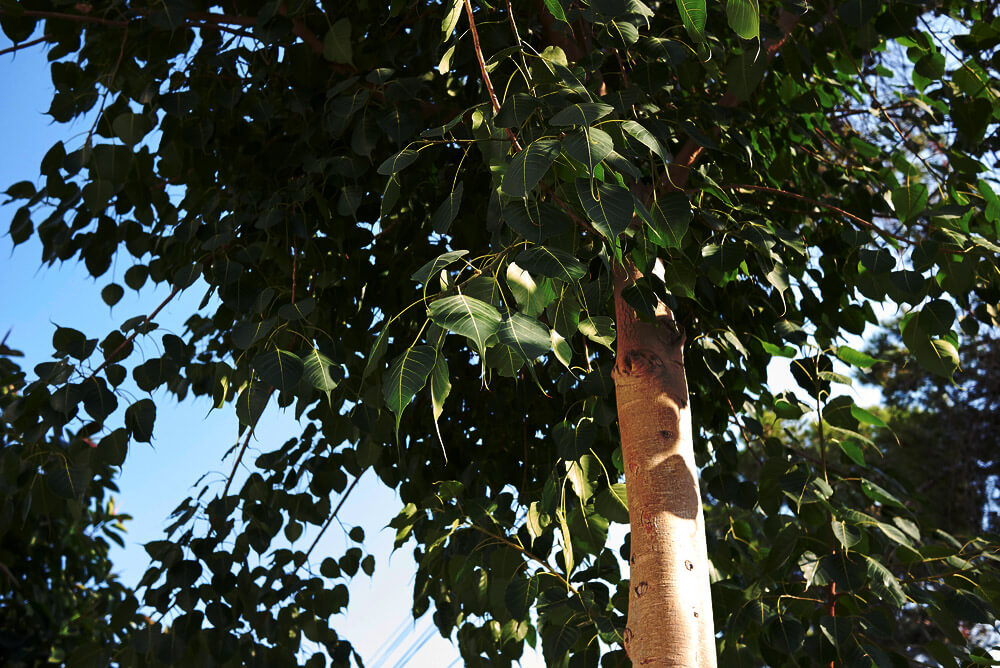 Jay ran away from her home in Salt Lake, Kolkata, at the age of seventeen. She had an abusive father and an absent mother. Her parents’ were relieved when she left as they had one less mouth to feed.

She moved to Bombay and began a career as a part-time actor and a yoga instructor. Life was looking up for her – she had an apartment in Bandra West and was earning upwards of a hundred thousand rupees a month. Her roommate, Sonia, who was also her best friend, spent every waking moment with her.

Jay was conventionally beautiful. She was five feet, ten inches tall, had a slim yet curvy figure and a smile that could eliminate all the world’s sadness. She was also a fashionista and loved to shop and dress well. Sonia, on the other hand, dressed a bit like a beggar girl in unwashed T-shirts and torn track pants. She was tall and skinny with a soft face yet her beauty was masked with her disastrous dress-sense.

One evening, Jay was walking back home when she turned a corner to find an old beggar man ask her for some food. She offered him a ten-rupee note and was about to walk away when he forcefully held her by the wrist and said, “I don’t want your money, hussie! I want a warm meal.”

Jay looked at him and was surprised by how well he spoke English. The man was wearing an orange robe, was bald, had a long, scraggly white beard and had an effervescent smile on his face. She looked at him and, surprisingly, a warmth enveloped her. She held him by the arm and walked him down the road to a street vendor and ordered two ‘vada pavs’ – a local burger-type sandwich with a fried potato patty.

Two minutes later, they each held a ‘vada pav’ in hand and sat on a half-broken wooden bench by an enormous Peepal tree. They ate in silence. After they were done, the old man petted Jay on the head and said, “Thank you, my child. Come visit me a week from now on your birthday. I will give you your gift then.”

He then handed Jay a business card that read Baba Ji’s Handyman with an address listed at the posh Nepean Sea Road in South Bombay. After which, he walked away.

Jay was flabbergasted. “How did the man know my birthday,” she thought to herself. It was all very mystical and she was freaking out.

The next week went by in a flash as she was shooting for an ad-film. She was playing a promiscuous secretary in a condom advertisement for Durex. Unfortunately, her co-actor, this gorgeous Punjabi hunk, had the worst body odor making the shoot all the more difficult.

On the eve of her birthday, Sonia threw her a surprise party at their apartment and everyone had a great time drinking and dancing to yesteryear tunes. In fact Jay was so inebriated that she kissed Shiv, a slightly older musician friend who had liked her since forever. The kiss wasn’t bad and she had even thought of sleeping with him – that is — if her bedroom wasn’t full of her friends smoking weed.

On her birthday morning, Jay woke up with a bad hangover and had forgotten about the old man. As she opened her wallet to pay the pizza delivery boy, the old man’s business card fell out – reminding her of his request.

After lunch, Jay suddenly began to feel adventurous. Without telling Sonia, she quickly called a taxi and went to see the old man.

She arrived at the address to find a perfectly manicured lawn that led up to a huge, red-brick bungalow with ivy growing on the walls. She walked up the driveway to an oak-wood door and rang the doorbell. A minute later, a suited and booted butler answered the door and said, “Good Evening, Ma’am. How may I be of assistance?”

“Aah. You must be Jay. He’s been expecting you. Come on in,” said the butler and ushered her in.

He led her through the living room to a verandah at the back of the house that overlooked a back garden with a greenhouse. The old man was sitting on a lawn chair, dressed in an orange kurta-pajama, drinking a bluish liquid from a mug.

“Sit down, my child. Thank you for coming,” said the old man and took a large swig of the liquid.

“For your birthday present, I will give you the gift of being like Babaji for a week. You will experience what it is like to be the Lord of this universe. You will be able to look into the past, change the present and the future. You will have numerous talents and will exude Godliness. Take this flask and take a sip from it every morning for a week. Then come back to me in a week and return the flask. Start now, take your first sip…” said the old man calmly.

Jay was nervous at first not knowing what to think or do. Yet she felt no present danger with the contents of the flask and took a sip. Bluish liquid oozed into her mouth and she felt it first absorb into her tongue and slowly into every pore of her body. It tasted fresh and she could feel her chakras light up in her spine.

She looked at the old man and suddenly knew everything about him. It was like they were old friends from another life. The man had grown up in the Himalayas and met Babaji, his guru, early on in life. He had learned the secret recipe for ‘somras,’ the bluish liquid, from Babaji and had been drinking it for many years. The old man was actually two hundred and five years old but the liquid kept him youthful. She noticed a black spot in the aura of the old man but instead of focusing on it she ignored it for now.

Jay felt light – there was so much she wanted to experience and see while on this liquid. She quickly bid adieu to the old man and returned to her apartment promising to come back the next Monday.

Sonia was sitting in the living room when Jay returned home and suddenly, as if by magic, Jay understood Sonia and her secret past. Sonia was molested by her tuition teacher at the age of twelve and the experience had subconsciously stopped her from wearing makeup and dressing up in order to repulse the advances of men. Jay also sensed that Sonia was bisexual and had a crush on her – something Jay made a mental note to deal with later.

Jay found herself processing enormous amounts of information in milliseconds much like a superhuman. She suddenly remembered that she had an audition for a musical film that she thought she would skip because of her lack of singing talent. Something now pushed her to go.

At the audition, Jay was brilliant – she had the voice of Adele and the dancing prowess of Shakira. Her agent called her while she was returning home and informed her that she was offered the lead role in the film.

On her way home she decided to do something kind and stopped off at an orphanage. She walked in confidently and told the attending Nun that she was here to feed the children.

“Where is the food you bring, my child?” asked the Nun.

“Oh, it’s in the kitchen. Let me go get it. How many mouths are there to feed?” responded Jay.

“Forty-five, my child,” said the Nun.

The Nun, who walked into the kitchen ten seconds after Jay, couldn’t fathom what she saw. No one had entered or left the orphanage carrying any food. She was nonetheless grateful and called the excited children to the dining room to feed them. Watching the kids eat gave Jay enormous amounts of joy and she felt grateful just to be alive.

Jay returned home to find Sonia sitting with her phone camera uploading cooking recipes to her YouTube blog. That’s when the idea struck her. She decided to sing an impromptu music album and have Sonia record it.

Jay went into her bedroom, picked out her shortest pink dress and put on white Nike sneakers. She then picked up the guitar and asked Sonia to record. Jay belted out ten original songs that could have made the Billboard top fifty any day of the year. The words were unique, the notes were beautiful and her movement on camera was sensual.

Sonia, who had a knack for social media, uploaded the songs to Facebook, Instagram and YouTube. In the first hour the YouTube page had five thousand views and within five hours it had touched a million views. Jay was an overnight sensation. Her phone was ringing off the hook with agents, TV channels and record labels calling her.

The next day, she signed a deal with Columbia Records for a worldwide release of her album. They paid her fifty million rupees in cash and a royalty of five percent on the purchase of every song.

The next few days were spent doing interviews on various talk shows and shooting music videos. Jay loved the adulation and handled it very maturely.

Six days had gone by since she had met the old man. She looked into the flask to see exactly one sip of the liquid left. She decided to go back to the old man the next day and convince him to give her more of the liquid. After all, she was no ordinary person anymore. She was Jay – the worldwide pop sensation.

On Monday morning, sharp at 10 a.m., Jay arrived at the old man’s house and rang the doorbell. The butler ushered her in and led her back to the greenhouse. The old man was greasing the chains of a fifteen-feet-long mechanical contraption. The old man explained that this was where the liquid was made. He walked her through the plants grown in the greenhouse and explained that they were only found in a certain cave in the Himalayas.

The old man slowly began to load the contraption with leaves, seeds and liquids from various parts of the greenhouse. He then held Jay by the wrist and led her to a vault. He turned a few knobs and opened a large steel door. As they walked in, Jay decided to take a leap of faith and ask him for more of the liquid.

“I’d like some more of the ‘Somras.’ I’ll pay you anything you want. I’m a famous musician now. I can’t lose my edge, can I?” Jay asked the old man.

The old man looked at her and pointed to a shelf inside the vault. Jay found a crumpled piece of paper in the shelf. She uncrushed it and it read –

1 beating heart of a 25-year-old girl

Jay wasn’t sure what she was reading for a moment. As she reread it, the axe came down on her and struck her on the chest. The old man was stronger than he looked. He lifted the axe once more and struck her again. It was over in moments. There was blood splattered everywhere.

Jay stood in front of a cave and all her loved ones were around her. There was a film showing all her life events. She had been a good person. She had been kind, helpful and hard-working. At the end of the film everyone applauded and out of a cloud of smoke, Babaji appeared.

“My child, you will live with me here in the Himalayas. You have escaped the cycle of life and death. You will now know what true happiness is. I will show you my Shambhala…

Kabir is a theatre artist with a passion for storytelling.