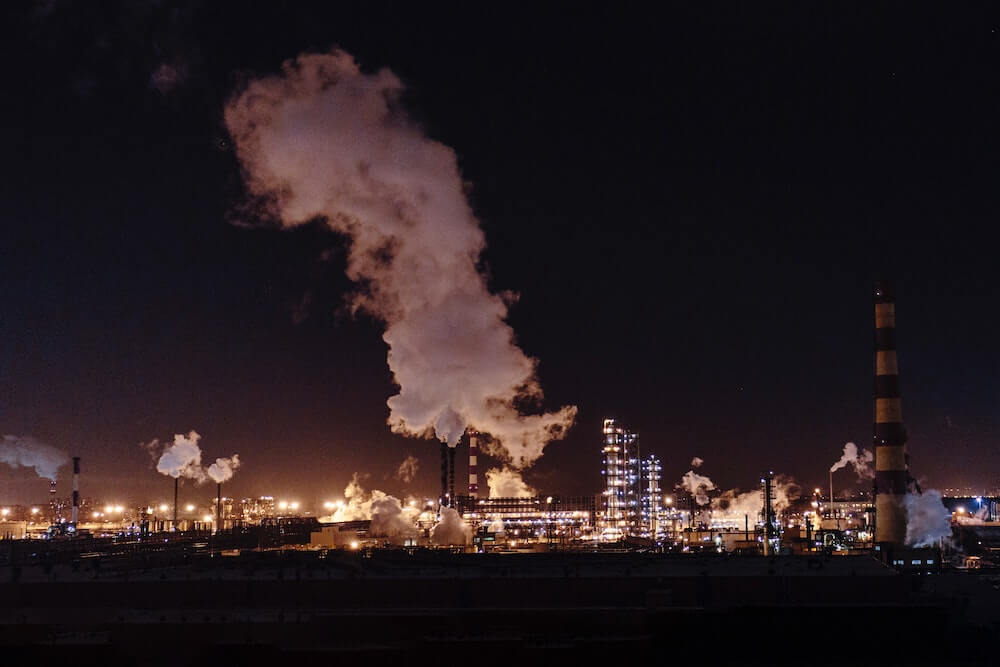 The Serpent: Smog in the City

Mascara swirling down her face,

the woman with sagging eyelids

stands on the chipped concrete

connected to the power plant machines.

She doesn't think about her plight,

only the fact that she must make the ends meet

in order to feed her 2 children.

Not realizing she is on her way

she is forced to inhale the smoke

in the bar she works at,

which is subtlely but surely

passing through the tightened veins

in her slender body.

She exhales while the python

across the street from her

into the industrial area,

slowly creeping all over the metropolis,

gradually diffusing into all surrounding neighborhoods.

Times have forced her to do this,

but so has the economy,

a world of money,

a construct of the society

in which she has found herself living,

trying to survive day to day.

Just as the metal serpent

does what it normally does

on a daily basis,

so too does she work the bar,

pouring drinks, handing them out;

she has grown so accustomed to the motions.

As the creators of these factory machines

disregard the fact that they are destroying

the air and environment,

the hard worker is unknowingly contributing

to her future demise as well.

The globular spheres of the oil giants

give birth to false dreams of the money makers.

She herself has had no dreams,

no wishes or desires

to be something or anything more

than the poor waitress

that she has been pre-ordained to perform as,

just as the steel pipes and machines

have been subjected to serve as

In the works is even the city's first monorail.

They say such an endeavor will bring more jobs,

but it will also bring more fumes, noise, and destruction.

No end in sight

as the steel machines

and other workers pound and press in the major city,

and who knows where else

To Soy, My Soul

Dress me underneath your deep shade,

Fill my nervures with your warm Asiatic liquor,

And tranquilize me using your satin touch.

Without you, I will shrivel,

Then become nothing but dust.

Without me, you will have no spice in your life,

I promise, I will satiate,

But, after just one taste,

You will desire more of me.

I am fiery, nonetheless,

As you will soon find out;

My oils will burn your heart

That both our hues are dark is a lovely sign:

We are a perfect display of harmony:

We resemble the ladybug:

While I am the color of blood,

You are the color of night:

I am more vivid than the star itself.

In me, waiting to be freed, live multiple seeds,

Provided you accept and nurture them,

Together, let us discover the meaning of everything,

Starting with the purpose of our existence and union.

Are we here just to bask around endlessly,

Or are we here to see the sun glow from different angles?

In you, I feel I am growing,

For my skin is softening,

My complexion is intensifying,

And my body is enlarging.

As I watch my self change,

I muse about the source of my pain,

Or the bee sting that won't go away;

Something in me must be producing it

When I look at you and see only glee,

I worry that I may pass it onto you.

But you were once green, too, and were taken away from your

Brothers and sisters, as well as mother and father.

Isn't it hard to be away from not only them,

But also the rain and sunshine?

No wonder you are so wet and teary—

You are the only one who understands.

Nam Nguyen is a multimedia artist.