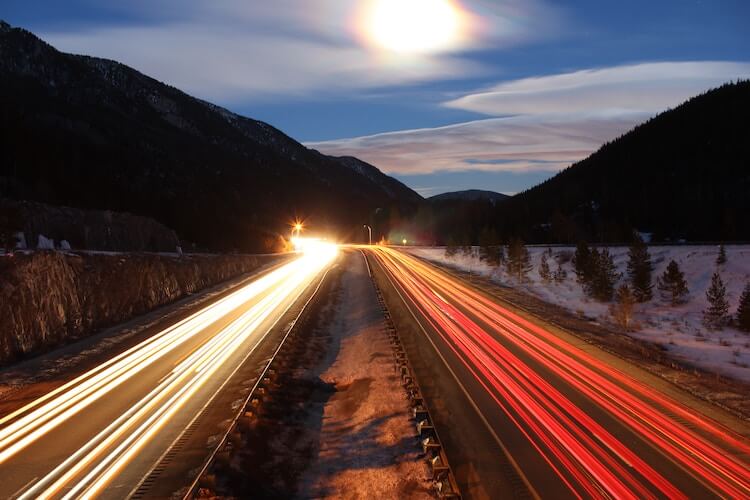 The titular character is faced with a reversal of fortune in almost every way: he loses a steady job, faces illness and disability, fails in his new marriage, and is betrayed by his closest compadre. He must confront his years of terrible parenting decisions and broken family ties after he is compelled to leave the green valley of San Luis, living as an outcast in the “steel city” of Huerfano, Colorado.

That morning, after the sawyer Pifanio Jaramillo met up with the married Felipa Montoya, the Jimenez boys, Juan and Renzo, sat in tar-stained coveralls witnesses to the whole infidelity—they caught it all through a dirt-stained motel room pane of glass. The brothers sat across the parking lot in their Jefe’s diesel wrecker sharing a bottle and they caught a glimpse of the thin-legged Pifanio and Felipa. They laughed knowingly at the scandal and at the man Pifanio who washed his clothes in a sink.

The brothers had travelled to pull a tourist’s jeep down from Hayden Pass and now sat and believed Pifanio to be vain and pitiful as he placed his wet pants over a chair. That was their final judgment.

The brothers observed he was ten miles from home and Pifanio’s oldest compadre’s wife slept nearby in the narrow bed. They could see plain as day. Headlights filed past out on the old highway and the two drunken Jimenez men were interrupted with the sight they always returned to snoop and stare. The two brothers were arguing over money as usual and had somehow convinced their clients to pay for a night’s food and lodging.

Later, from the next room over, the brothers drank whiskey and smoked cigarettes and eavesdropped on Pifanio as he rolled into the bed sheets and listened to the woman’s soft breathing that mutated into a mild snore. All three men at one point listened to the toilets running and another argument escalating behind the walls and then what they imagined sounded like pounding on a tabletop. They thought for sure the young woman would wake and Pifanio would have to find the energy to carry a conversation or to console her.

In that moment the Jimenez boys thought of Pifanio’s wife and children and the compadre Carlos sleeping miles away in the speck of a town that was Monte Vista. They thought poor Carlos might be sleeping after a night of drinking and perhaps passed out and waiting on his wife. They knew the old man had no phone and argued if they would spend the next day driving the miles to inform Carlos, the damn-fool-of-an-old-man.

Pifanio recognized the men from his worksite and closed the thin drapes and thought of climbing into the bathtub and curling up. He looked at his watch and found it was hours before sunrise. Perhaps wrong thoughts also influenced Pifano to jump up and throw on damp clothes. Shirtless and manic at the thought of being witnessed forced him to run out of the small cement room down past the ice and cigarette machines to cower and hide, past a stray dog sniffing around the laundry room and past the lot and then down to the main office where he put his money down not but a few hours prior. The spirits and voices Pifanio believed to be watching him made him shrink, dissolve really until he changed his mind and forced himself to pace. He finally unlocked the passenger door of his truck and found more cigarillos as he moved on to the side of his truckito and lit the match.

The headlights flying past the side roads so late at night troubled Pifanio. He wished there was a bar or even just a room to sit and think. To get his story straight. So he walked back and sat in his truck instead. For a long time without thinking, with the eyes of a ghost, the man sat and stared at the bugs and then at the webbed cracks to his windshield. He felt the Jimenez boys and everyone else from his life staring down and watching with him as paper trash blew across the parking lot. He felt them search his mind for excuses and defenses as he punched at the dash and then at the gear shifter console.

Back into the room and the bed after bathing his face in cold water and after wiping his face dry with his undershirt, he began to calm.

Pifanio just lay there for a long time before answering, “I’m here, girl.”

“I would’ve hated you my whole life if you left without at least saying bye, Pifanio.”

The two lay there for minutes. They sat motionless and listened to the sink dripping in the bathroom. They listened to the phone ringing in the next room. Felipa was the first to stand and put on her panties and bra, staring directly at Pifanio as she moved, as she pulled the housedress over her head and had her long and wild curls pushed behind her ears. “Don’t worry. I don’t expect nothing, Pifanio,” she said. “Nothing really. I got me an old man, a home and a place to be. I’m telling you I think I got what I need.”

“Those men work for me…”

“I know. Never had a bit of privacy in my whole life. Not ashamed of nothing. Let the entire valley see.”

They say the voices move quickly in the San Luis Valley, on the air, crawling over the dirt and along the highway, and so days later, after getting up to answer his door, Pifanio stared into the face of his oldest Compadre in the valley, Carlos Montoya. Rain pebbled and watered his hair and pockmarked face; the leather collar of his denim jacket was soaking and so were the knees of his coveralls. The smile of greeting on Pifanio’s face passed over in a meaningless moment. Carlos started, “I thought maybe the Jefe Pifanio wanted to explain himself.”

“I was just sitting for some café con leche,” Pifanio answered.

“I want the man to tell,” he said despite the warnings from the Jimenez brothers, and then he gave Pifanio a good look at the automatic 1911 pistola placed in his coveralls. He held darkened and expressionless eyes. “I want the Jefe to tell me the story.”

“Get up out of the rain, Carlos,” Pifanio said. The old man made no motion to clean his boots or clothes as he made his way into the living room and sat down. Carlos looked immense to Pifanio who stood in his boxer shorts and undershirt.

“Why the gun, Compadre?” Pifanio asked. The walls of the house were littered with animal pelts and stuffed and mounted trophies, a temple to the outdoors and Pifanio’s skill with a long rifle.

“Well,” Carlos said, “I’m not hired to think or to ask questions they tell me but to only follow the Jefe’s orders. But I came here for the man to tell me to my face. Here to the house of los ricos. Aqui vienen los ricos!”

The two men were surprised to have the wife Delores enter from the hall. To this day folks in the valley believe she is what saved Pifanio. “Carlos!” she said. “¿Cómo estás? What blew you in? Come in for coffee?”

The voices in the old man’s head began to give a self-conscious casualness but he did not hide the piece from the husband and wife. He rolled his wet collar down from his neck and he was reminded of bar fights from younger days when the county observed Carlos demanding respect. The old man never lost focus of Pifanio.

“I wanted to come on over and get a couple of words straight,” Carlos said in an almost complaining voice and tone. He slapped to his ear.

“How come you’re not headed for work?”

“A damned joke,” he said. “Pifanio has a bunch of thugs and fools. I guess it represents the Jefe, que no?”

Delores gave the slightest movement of her hips towards Pifanio before he barked at her to leave.

“I think the wife here might want to hear how her husband runs his life,” Carlos said. “So why don’t the wife sit down here?” Carlos asked as he pulled the slide and cocked the weapon and pointed it at Pifanio’s neck.

“Why don’t the Jefe tell Delores?”

“What’s he talking about, Pifanio?”

“The Jefe owes me for a week of work,” Carlos said. He wagged the piece. “I think the Jefe owes me, Pifanio. Jefe. I think you owe me the truth of what you’ve been doing with my wife.”

Pifanio shook his head and just scoffed. He was practically spitting: “I can imagine how jealousy eats away at you.”

“Ay que cabrón,” Carlos’ returned. “I am hearing it from the man himself. I want him to sit down here and tell me straight out.”

Delores was a thin and shaky thing and insisted on understanding, nodding her head and repeating, “What in the world, Pifanio?”

“Tell her?” Carlos lifted the gun to the ceiling and fired two times. Slam. Slam.

“Just a Goddamn minute,” Pifanio yelled. To Delores he said, “Don’t listen to this viejo.”

Carlos shrugged. “I guess the Jefe’s got nothing to say to me?”

“I guess the Jefe’s got nothing to say to me?” Carlos fired again. Slam.

Pifanio’s skull felt as if it were burning from the inside.

“How this man gets everyone to lie for him all at once.” Carlos’ wet eyes caught Delores who had begun to sob and fall to her knees. Her hands covered her face and with this the old man felt shame. He straightened up without a word and then pulled the clip from the gun. Then he cleared the last cartridge from the chamber and it jumped out onto the stained hardwood floor. “The Jefe,” Carlos said making sure to collect the cartridge. He hid the gun deep down in his coveralls and then picked up Pifanio’s blanket and dried his face and neck before nearly cracking the doorframe with his exit. “This man is no goddamned Jefe of mine,” the old man spat out to the early morning valley air.

John Paul Jaramillo was born and raised in the Southern Colorado “Steel City” of Pueblo, CO. He studied composition and literature at the University of Southern Colorado, and earned his MFA in creative writing (fiction) at Oregon State University. Currently, he works as Professor of English in the Arts and Humanities Department of Lincoln Land Community College–Springfield, Illinois.