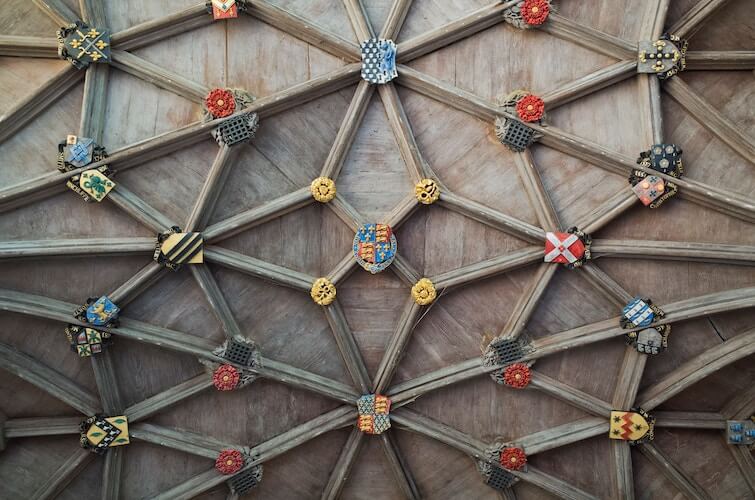 I stare at my cell phone in a sick state of disbelief. I had missed Justin’s one call. He left a message that I play again, hoping it's not real.

I hit stop unable to listen to it in its entirety.

I'm not sure I can do this anymore, being privy to his suffering and the hell he lives in. It's too hard. But I am the one he needs; the one he reaches out to, his mother. I know that if I abandon him he won't survive.

I call the jail to be informed it is not possible to speak with an inmate. I flinch at the descriptor. The public defender assigned to his case does not answer his phone, and there is no voice mailbox. I am forced to sit and wait, dwelling on memories when my son was happy, when he was sober, when he went to Oxford for a summer, and then to Cambridge after graduating from UMass.

Sliding my phone into my pocket, I get up and slowly make my way to my computer and begin to mechanically search for old emails written when his life was so full of promise, emails I know by heart because I’ve read them so many times. They sustain me, and offer some measure of hope that recovery can and will happen again. Relapse does not have to be a life sentence.

The first one I open was sent from Oxford nine years ago when he attended a summer seminar prior to his senior year at UMass. I was frightened when he went to England. The London bombing was all over the news, with heightened security and a world stunned by such aggression on innocent people. But my son was not deterred. He had faith in a higher power then, and believed he was here for a purpose yet to be revealed. I choke back tears as I read.

"Mom, how did I get here? I am walking the grounds of history and I feel it. Even the London subway bombing and all the fear and tension people are feeling cannot diminish the sacredness and magnitude of this place. I went to the library. You have to get permission to go in, and I could hardly breathe. It's so hard for me to explain. I am just embracing this experience. My sobriety has given me so much. I know it took me five years to get it, but I did, Mom. I have been sober for three years now and I am happy and strong. My desire to learn more about China, its culture and economy, persists so I have decided to apply for grad school here and Cambridge. They both have really good programs in Asian studies. Don't worry, I will be okay."

He had worked so hard and earned it. He had accepted his alcoholism and, once sober, channeled his energies into his education, achieving dean's list, academic awards, humanitarian honors for his work helping others, and the respect of his peers and teachers. I believed in him and his ability to be admitted into the best schools in the world.

How different my worry was at that time. Not even the fear of terrorists can compete with my current fear of raging alcoholism, homelessness, and now jail. I scroll through his emails from Europe, his gratitude and wonder, enthusiastically sharing his new experiences with me, his mom.

He left for England right after graduation to attend Cambridge. He writes;

"Mom, how did I get here? Really?! Newton, Hawking, and just so many more... I had to get a long robe in the color of Queens College, my school. I put it on for our first formal dinner and we walked in a procession, including faculty. I entered the hall and it was totally like walking into a Harry Potter book—I was waiting for an owl to fly overhead. The dining hall looked just like you would imagine. I loved every minute. I am making great friends here, Mom. My studies are intense—especially the Mandarin classes. I do go out, but I drink club soda and smoke cigars with literally the smartest people in the world. Try not to worry, I am okay."

I did worry, but about the mundane things of how he would survive financially, do laundry, or get medication when he had a tenacious sinus infection. I reveled in the knowledge that he had new friends and was having experiences that I never could have imagined. I was overwhelmed with gratitude that he had conquered his alcoholism after five years of repeatedly being knocked down. He knew he couldn't have a drink—not even one. With that realization he got sober, returned to UMass, and grabbed hold of life in such a huge way that the future was full of more promise than I had ever dared pray for. I could finally sleep at night. He was okay.

I look further down the Justin list in my inbox and land on another saved treasure from Cambridge.

"Mom, I can't wait for you to visit this town, it is gorgeous, very dreamlike in ways. My college was founded in 1448, and being from the States, I realize that as a nation we are still in our infancy. It is inspiring to think that people like Isaac Newton and Charles Darwin studied here—it's visceral ... and I can't help but become meditative over the weeping willows shading the punters pushing against the riverbed. And then I bump into a food truck and order a cheap but really good chicken kebab with a sauce that I can't quite identify!!"

I push away from my computer and go into the next room where on the wall there is a collage of pictures from my trip to Cambridge a lifetime ago. My son was animated as together we explored the campus gardens, academic buildings, and the massive, imposing churches that they call "chapels." We were in awe of them, lining the streets with their huge spires and facades, each one representing a different college of the university. The choir of Kings College was rehearsing and we stopped to listen, kneeling in a hard and cold pew, chills running through us as the sound of voices and pipe organ surrounded us in such a holy space. Any attempt to pray was limited to giving thanks for the glorious music.

On another day we stood on the bridge over the River Cam observing the flotilla of idle punting boats moored below, bobbing up-and-down in the gray water. An occasional duck floated by, immune to the cold and mist that is typical of April weather in Cambridge. Like the ducks, we didn't care about the weather around us; we were euphoric. We met his new friends; we shopped in the marketplace; we had a proper British tea. It now feels like a dream.

One particular photograph is my favorite. Our faces are not seen; we are walking away from the camera. He is taller than I am by several inches, and walks erect next to me. I can remember the lightness of my step and the absolute joy I felt.

Justin is wearing a brown coat, one he bought in England, that represented his newfound life at Cambridge—a talisman. It was British, he claimed. A Burberry. I recall how well he wore this coat, and how he exuded a confidence I had not previously witnessed, attending a world-class university with brilliant students who motivated him to excel. He was humble, but he was proud too.

I wore a black raincoat and from the back no one would really know that I was his mother. Our dark-haired heads slightly inclined as we walked and talked. We were together as companions, interested in what each other had to say, although I clearly remember exercising a mother's restraint because, no matter that he was an adult, I desperately wanted to hold his hand as we walked.

We were heading to Owlstone Croft, his graduate dorm. The old, rundown building had been called Paradise at one time. He explained it had been a nurses' training institution before it became housing for grad students. His room was nothing more than an oversized closet with a bed too short for his 6'3" frame—he didn't mind. It was the cheapest room he could get on campus and money was tight. For him it was a bit of paradise.

The photograph is symbolic and suggests we were walking toward something, not away. He was excited to finally be in a place where he felt he belonged, in the company of his peers, where it was nice to be just Justin, and not have to say, "Hi, my name is Justin and I'm an alcoholic." Here he did not have the pressure to drink in the pubs with his friends. It was liberating, and he was embracing every new experience, looking forward to his future. I knew I would always be more proud of his sobriety than his academic success. I never thought a job loss five years later would end it.

I look at that picture with a profound sense of grief. I wish I could go back to that day. It was the best of times.

I take out my phone again and hit the blue triangle one more time to listen all the way through.

"Mom, how did I get here? There is so much injustice and hypocrisy in this world. I am in jail because I ordered food I could not pay for. I was hungry Mom. I ordered a few martinis too. I had to. Mom, I am an alcoholic—not a criminal. Please help me. I am not okay."

He was crying. I am crying.

I wait for the lawyer to call. My son is homeless and suffering again from the disease of alcoholism. With no money and no insurance, there is little help available. In jail, I know he will have a bed and three squares. I am tortured, knowing the once open doors had shut tight due to a depression and relapse that could not have been predicted on that long-ago day while walking and talking in Cambridge. If I had known then what I know now, I would have held his hand.

Betsy started writing four years ago after working twenty-six years as an insurance professional. Her first essay about her journey as the mother of a brilliant, alcoholic son was published by Refinery29. She has also had work published by The Write Launch, Entropy, Brevity, WriteAngles Journal, and Chaleur Magazine. Betsy was awarded a five-day writing residency by Straw Dog Writers Guild based in Northampton, MA. When she's not writing, she enjoys reading, sewing, and a good cup of British tea.