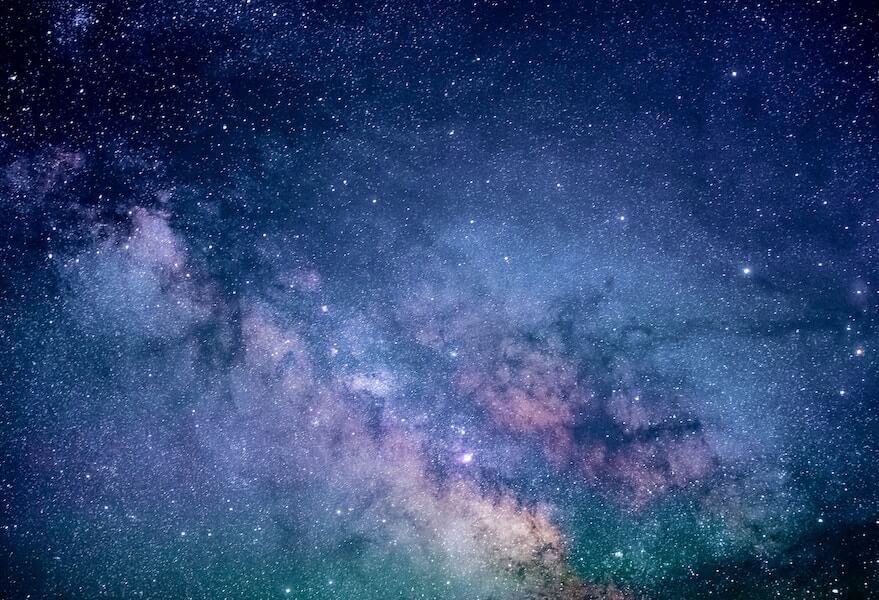 She seemed a fairly ordinary woman, The Woman from the Other Side of the Moon. She came into the coffee shop every afternoon around three and ordered one of two things: iced tea with lemon or a small coffee with room. The two cheapest items on the menu, each refillable for only fifty cents. I suppose it was both an economical and considerate thing to do for patrons who were compelled to frequent a certain shop—an attempt not to take advantage of the owners without overspending.

When I worked the later shifts, I would issue her several refills throughout the night. She greeted me, and everyone, with kind words and a warm smile each time she slid her used cup across the counter, two quarters in hand. I craned my neck to maintain eye contact and friendly conversation as I fished wrinkled lemons from plastic cups or placed coffee-softened paper mugs under spigots that drew fresh java. She spoke politely and patiently as she waited to return to the corner by the window, where a notebook, always the same leather-bound notebook, lay open on the table.

I came to understand through a series of events one summer that the woman was from the other side of the moon. One night I knocked patiently on the door of the single-person restroom where she had been for hours, explaining discreetly through the wood that it was closing time before she emerged with a flustered smile, the notebook clutched conspicuously between her fingers and a trail of hand-shredded paper behind her. Later I learned from chatter around the shop that the bathroom was a portal, the place where her access to the Other Dimension was the strongest.

A couple of weeks later, I left my shift an hour or so after the doors had been locked and discovered her sitting on the concrete of the patio in the dark. The furniture was already stacked and secured in the corner with a giant padlock. I hadn’t noticed her until I reached my car, though she must have surely seen and heard me pass by. I watched her, only for a few seconds, as she gazed up at the stars, fondly, longingly, not with the kind of wonder that I would expect from the average stargazer, but with a vague familiarity, a misplaced sense of home. The next day I learned that she had a husband waiting for her beyond the moon, and girls, little girls who called for her throughout the night and whose voices she could hear most clearly from our little shop on the corner.

She had been trapped somehow (the reason never became clear) like all of us, beneath a timeline, a matrix of time and space that extended across our skies and concealed us in our Imperfect Dimension. I listened intently from behind the counter one evening as she explained passionately to a poor old man who had been quietly sipping his coffee. She had been documenting her observations in the notebook she always carried, she said, since there was no existing record of accounts about the Other Dimension.

You’ve seen shooting stars? I caught bits of what she was saying between the grinding of the espresso machine and the high-pitched scream of the steam wands. Those are people...falling down the timeline like this...I used my peripherals as best I could to peer through the cups and lids stacked high on the counter. Her eyes were wide, not threatening, and she was demonstrating the falling with her arms in a motion that was something like climbing down a ladder. Falling...different dimensions... Her arms waved wildly and expressively, and I watched as her eyes twinkled like the stars from the world that was hers. A passerby might have thought she was catching up with a friend, telling stories about her kids’ school, her coworkers, maybe a funny event at a family gathering. But as her desperation to return home grew, so did the volume and frequency of these conversations, and she had started gaining more attention among regular customers and my fellow employees.

A few weeks later I was one of the last to trickle out after a staff appreciation party that had lasted well past midnight. It was an unseasonably cool night due to recent rain storms and the smell of wet pavement mixed with my coffee saturated clothes as I crossed the empty parking lot to my car. I made it all the way across before I noticed her, sitting again in the darkness looking up at the sky. She took no notice of the noises around her, or the cold rain that was beginning to fall, as if her mind were already up there among the stars. She was humming something sorrowful, rocking subtly and clutching her notebook tightly to her chest, her face displaying the agony of a mother separated from her children. An inexplicable sadness crept over me that seemed to be heralded by the spread of the rain, like teardrops falling from an invisible dimension overhead. I don’t know how long I remained transfixed beside my car, contemplating whether or not to say something, but in the end I stayed silent. What comfort could a high school barista offer to ease the pain of that kind of loneliness? Or the exhaustion of trying to journey across dimensions from a foreign world?

Over the next few weeks, as our small-town insensitivity to homesickness and existence in foreign spaces reached its peak, I saw and heard the woman talking to more and more people, who listened patiently and approached the owners with complaints later. Teenaged snickers clouded the air around her. Other patrons quietly moved away so as to avoid getting caught in conversation. After one of her particularly loud monologues, I was mopping the floor when I heard my name called. I looked up to meet the wide-eyed gaze of a fellow barista who was turning his finger in a circular motion next to his ear, cuckoo. If she was aware of the whispers, the hushed tension she caused simply by walking through the door, she certainly didn’t show it. Even if she heard them, I sensed she was beyond the point of caring what anyone thought of her, a point to which, by separation and homesickness, I suppose anyone could be driven.

The last time I saw The Woman from the Other Side of the Moon was through the glass of our pastry case. She had come in at the same time that afternoon and left unusually early while I was restocking the muffins, but not before ordering one of her usual, a coffee with room for cream. Like clockwork, she approached for a refill several hours into my shift, placing the cup next to the register with the usual pleasantries. I quickly filled it and waved away her quarters. It’s on the house, I said. For a second so brief I’ve since wondered if I imagined it, she furled her eyebrows in an expression that seemed at once grateful, touched, and sad, almost as if she were departing on a long journey and we were old friends saying our goodbyes. She quickly glazed it all over with a warm, vaguely empty smile. I searched for traces of the pain behind her eyes, thinking in that moment that we might both acknowledge the fact that I knew she was foreign. But she simply grabbed the cup and said, thank you, Honey, before returning to her notebook.

Schizophrenia, they said later, after her daily appearances had ceased completely. For the weeks following her disappearance, I discovered the same hushed tension around the shop, caused as much by her absence as by her presence. Rather than snickers, the air became imbued with clinical explanations of her behavior...delusions...hallucinations...psychosis. They weren’t laughing, but these seemed to be judgements all the same. A break from reality, they called it. But what is reality if not relative? If not bound and unbound by time and space? I had seen the realness of her world through the pain in her eyes, through the passion with which she described her home, her family, her children. Who determined the boundaries that we must exist in? Reality, it seemed, could be called anything but universal, a projection split into seven billion pieces. What if, in the case of the woman from the other side of the moon, it was not a matter of reality and its break, but a matter of dense imagination, the truth of other worlds, and the simple decision of allowing them to breathe into the mundanity of everyday life?

At the end of the summer, a few days before I left for college, I sat once more in the empty parking lot after dark with friends who had come to meet me after my shift. We were all going separate ways soon, and we talked over the day-old muffins and scones I brought from work. We reminisced about imaginary games and stories and serendipitous comedy, the kind that only comes from the naivety of youth. We laughed until my stomach hurt, from the act of laughing or the ache of our impending separation, or both, and I threw my head back and looked at the stars through a well of tears. Stars that stretched over miles and sprawled toward the ground in thick layers, as if to briefly reveal the separation of dimensions. The smile flickered from my mouth and back as my eyes landed on the moon. A waning crescent that for a split second held, what appeared to be through blurred vision, the small outline of a familiar smile, filled with the gratitude and relief of a mother reunited with daughters.

Olivia Chen is a freelance editor and writer based in Dallas, TX. Her work can be found in The Write Launch and Medium's Noteworthy. She can be reached on Instagram at @ohh__livia_.