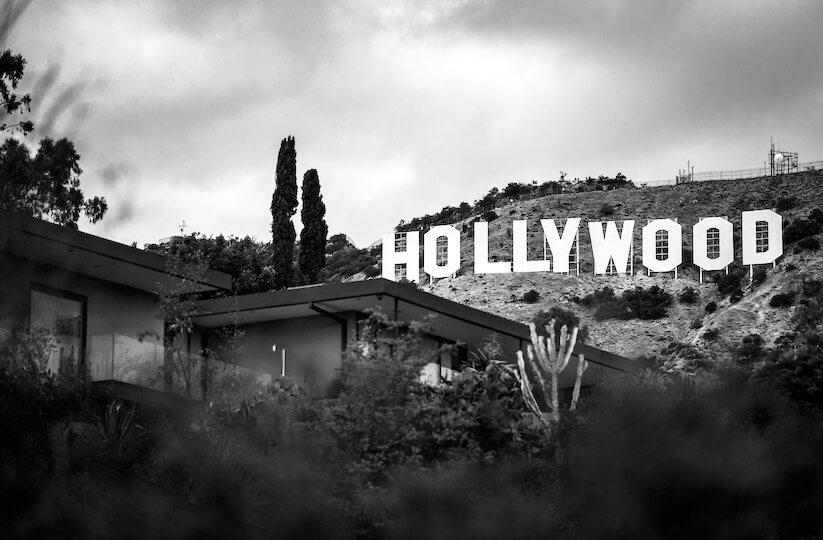 Each morning at dawn, he would stealthily enter the house through the unlocked back door. In the early 1950s, no one in our neighborhood locked their doors. I was sometimes awakened by the tinkling noises of glass and the opening click of the refrigerator but seldom by any human voice. If it was a day of vacation, I would have decided before going to sleep the night before to be extra vigilant for the early-morning sounds cutting through the darkness. I wanted to go with him wherever he went.

Bill was our Arden milkman.

In the early 1950s, many houses still had ice boxes, not modern refrigeration, so dairy products would spoil quickly. And we believed drinking milk every day was essential to good health.

Delivery people were plentiful and necessary. Most houses had only one car and that was often used by the family breadwinner to commute to work. Women weren’t employed outside the home. The only working women I knew were my teachers. Delivery people made life go more smoothly. There was the iceman, the Fuller Brush man and the Good Humor ice cream man who piped out perennial choruses of “Turkey in the Straw.” I looked for the Helms truck every day, too, filled with the heady aroma of freshly baked goods. Upon entering each block, the driver would toot a distinctive whistle. If I close my eyes, I can still taste those addictive chocolate chip cookies and feel the chewy texture on my tongue. Even doctors routinely made house calls.

To keep the dairy products cold, Bill’s truck was stacked with big blocks of ice, lowering the temperature inside the vehicle all year round. A few years later, truck refrigeration replaced the ice. Between the advances in chemistry which improved the shelf life of milk and the widespread availability of household refrigerators, home milk delivery would soon become an anachronism. But these early years added texture to my young life.

Bill the milkman looked just like a regular guy to my ten-year-old eyes— medium build, dark hair, black-framed glasses. He had a gleaming white uniform with a big, red Arden script embroidered on the back of the shirt. And always a warm and wide toothy smile.

When I heard the rattle of the milk bottles one Saturday morning, I knew this would be the day. I quickly dressed and ran into the kitchen.

“Do you ever let people ride with you on your route?”

“I don’t know about that. You have to ask your mother.”

I bolted into the living room where she was sitting on the couch, smoking and drinking her morning coffee. When I bounded in, she put down the morning paper.

“I want to ride with Bill on his truck. But he says I have to ask you.”

“Why do you want to do that?

“Honey, you can go but do not ever, ever try to drive that truck. Even if he lets you.”

That was good enough for me. I ran back into the kitchen.

And out the door we went. I climbed into his truck, excited about my new adventure.

Once on the road, I wanted to walk into the neighborhood houses like he did but, at first, he insisted I remain in the truck. I enjoyed the odd, almost metallic smell of the ice. When he’d return, he’d announce whose house was next on the route. The truck had no seat other than his, so I perched on the crates he used to transfer the milk from the ice to the carrier. If I got thirsty, I could chip off some ice to eat. It was standard procedure for him to leave both sliding doors open. I would often stand with my back to him, facing the street, holding on to the sides of the truck as he careened from house to house, leaning into the movement. Feeling the breeze through my hair as we navigated the familiar neighborhoods made me feel almost like a grown-up, helping Bill with his route. It was thrilling.

To my delight, he told me his route included the homes of many movie stars. None of them lived near me, but as we fanned out to the ritzier part of Pacific Palisades, he announced our next stop would be at the home of tenor Mario Lanza. Lanza was the hot, up-and-coming MGM singing and recording star. He had made his screen debut in “The Great Caruso,” which I had seen three times and I had a 78 record of his big hit, “Be My Love.” I was hoping Bill would let me tag along inside the house, so I could meet him. Apparently Lanza had a large family that consumed vast amounts of milk, eggs and cheese each day. Bill told me Lanza was seldom there, but that we’d likely run into his mother. Mrs. Cocozza was old-school Italian, warm and friendly but she wasn’t Mario.

The next stop would be in Santa Monica Canyon, Bill’s farthest delivery. We headed to the hacienda-themed home of Leo Carrillo, currently on TV playing Pancho on “The Cisco Kid.” He had a staff at the house to take care of the insignificant details like milk delivery, so I didn’t get to see him, either.

The last movie star stop was the one I was most anticipating. I had seen Deborah Kerr in From Here to Eternity at the Bay Theater, where I spent most of my leisure time and my allowance. Bill had told me how nice she was, and that she was often in the kitchen with the housekeeper. I had never met a real movie star before, and I wasn’t sure about appropriate comportment.

“Of course. But don’t bring up her movies. At home, she’s just Mrs. Anthony Bartley. Not Deborah Kerr.”

I wondered what I might find to say that would keep my gushing under cover. I followed Bill up the long, curved driveway on Corona Del Mar, memorizing everything I saw. It felt as if I were in a palace and had eluded the guards. We opened the back door and entered to see a diminutive black woman standing over the kitchen sink. She turned and smiled at us.

“Retha, this is Pam. She’s my helper today.”

“How nice for you. What grade are you in, sweetie?”

Where’s Deborah Kerr? Didn’t get to see Mario Lanza, missed Leo Carrillo. Then off to my left, I heard a rustling. She entered the kitchen from what looked to be the dining room. I wouldn’t have recognized her without her movie makeup, but I certainly knew the voice, the telltale British accent. She seemed glad to see me.

I didn’t wait for Bill to introduce me. I could hardly contain myself.

“I’m Pam Osborne and I’m a big fan.” Oops. Then I remembered I shouldn’t be mentioning her status in the movies.

“That’s so nice. Would you like a piece of cake?”

It was nine in the morning, but I would have eaten anything she offered.

She walked into the pantry and brought out a tea cake, placed a napkin underneath and handed it to me.

“We had a dinner party last night and everyone loved these.”

“Thank you.” I wanted to save it as a memento but with all eyes on me, I scarfed it down quickly.

We said our quick goodbyes and began the walk down the long driveway back to the truck. With each step, I was thinking, wow. I actually met Deborah Kerr. A movie star. And talked to her. And she talked to me. And she gave me a piece of cake. And I was in her house. And….

A few months after my ride-alongs became more regular, Bill surprised me one day by bringing me one of his old Arden shirts, so I could look like a real milkman. It didn’t bother me that there were holes worn in the shirt or that the cuffs were frayed. I put it on and felt pure elation. I rolled up the sleeves to make it fit my short arms and tried to tuck the shirt into my jeans as best I could. Looking back, I’m sure it pleased him that I wanted to be like him. As much as I relished wearing it with its smooth, well-worn texture and bulky feel, I only wore it on the truck. Even at ten years of age, the social pressure was already mounting to be more feminine, more representative of the 1950s woman with her shirtwaist dress, lacquered hair and demure behavior. Riding on the milk truck while wearing my Arden shirt was its antithesis, and I loved it.

I seldom told anyone about those adventures. But when my cousin, Nancy, came to visit one weekend, I risked telling her.

We were about the same age and, while I had an active fantasy life largely immersed in Hollywood lore, Nancy’s internal and external life was confined to her house about an hour away. She lived with an alcoholic aunt and our grandmother and had few friends or interests. She was not a risk-taker in any sense. I felt sorry for her, so I invited her to come along on my ride with Bill. Of course, I had to ask him first. He looked askance.

“You know, it could be dangerous.”

Nancy looked at him without speaking. I responded for her.

“OK, then. One of you can sit on the crates and the other can stand holding on to the door. Please be very careful.”

I was happy to comply.

At first, Nancy sat frozen on the crates while I assumed my rakish stance at the door. Bill kept looking over at us to make sure everything was OK. Then Nancy said she wanted to take a turn by the door. We had stopped at a neighbor’s house, and when Bill returned to the truck, we had changed positions.

“Now you be careful, Nancy. Pam does this all the time, but you don’t.”

But, she wasn’t. Within a few blocks of the last delivery, we rounded a corner and I heard Nancy fall out the door with a sickening thud. Bill slammed on the breaks and hurried to pick her up. She had cut her knee and bumped her head. A goose egg was rapidly rising on the right side of her forehead.

“I’m taking you both back home right now. I hope you’re not badly hurt. I could get in a lot of trouble.”

When we got to the house, Bill explained what happened to my mother, apologizing over and over as if it had been his fault. It wasn’t, but it scared him perhaps more than it did Nancy. The accident would be one of the last times I would be allowed to ride with him.

But maybe that was inevitable. I was finishing the sixth grade and entering junior high that fall. Now I was afraid someone might see me on the truck, wearing the tattered Arden shirt. I had lost some of that childhood abandon, inevitably listening to the cacophony of “shoulds” that seemed to play like stern adult voices inside my head.

But what a time it was. Looking back, it’s ironic that this would be the literal vehicle for my androgynous rebellion. I never did like milk.

Pam Munter is a retired clinical psychologist, performer and former film historian. Her essays and stories have appeared in The Rumpus, The Matador Review, and The Quiet Letter among many others. Much of her work can be found at pammunter.com. She has recently been nominated for a Pushcart Prize. Her memoir, As Alone As I Want To Be, will be published by Adelaide Books in the fall.