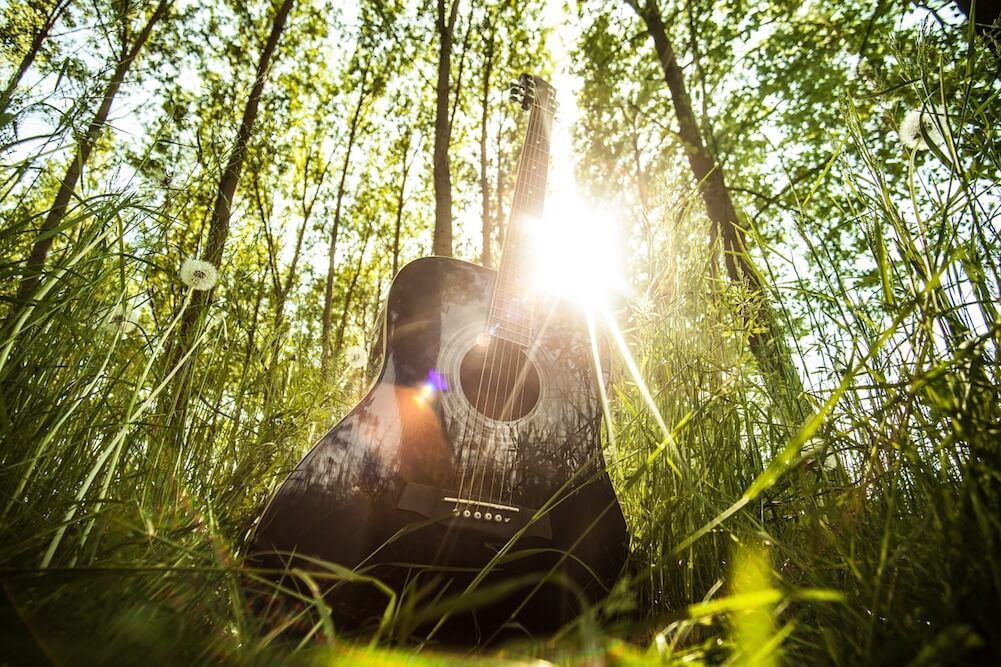 It wasn’t that we particularly enjoyed Lolo Genesis’s death. It was more like a sigh of relief because the guy was kind of a dick. Buena and I were not purposefully attempting to live out an irreverent, dark comedy by playing music and dancing on his grave. We were raised with standards. The inherited musical and creative types by nature. Call it genetics.

Because that is what Filipinos do. We cook and we dance and we cry as we cook and dance. Court jesters in our microcosm kingdoms. We didn’t have power, but we had responsibility. An ingrained sense of duty to our families and heritage. Buena was the only other Filipina I went to school with, so even if we were just family friends, she might as well have been actual family.

“Life,” she would whisper to me, mapping a skeletal finger, nails lifeblood red, along my chin, “without other people like us is too difficult and far too lonely.”

Before I had a chance to even think she was about to launch into a tirade, she would play a song instead. She played a song on her acoustic guitar the first time we went to his grave. Instead of falling over myself and weeping into a ball, whether it would have been out of pent-up rage or survivor guilt, I’m still not so sure, but I danced. I danced like I never goddamn danced before.

This woman with the hand-down wooden guitar was gorgeous and I loved her because she was everything I was not. Buena was a vibrant spirit who chose to love everyone in her path. It didn’t matter to her what they had done to other people as long as they didn’t hurt her in the process. Granted she was also stoned out of her mind half of the time, but who am I to play judge, jury, and executioner?

She thought we were all tormented enough by our own flaws. I couldn’t say I agreed with her. Buena wasn’t fully conscious when she did go about her tirades. She meant well so I forgave her shortcomings.

This woman lived in her own story disguised as the heroine but acted like comic relief for all ye merry plebeians.

She smacked her gum, the afternoon light casting a shadow across her face, “Why?”

Buena, fire of my loins, has never done well with sadness. She just handed me her extra stick of gum. “Well, I don’t do bad things to you. So, we can be good together.”

Now I’m rewinding a bit here for the sake of your sensitive constitution. When I was a wee boy and my only concern was being friends with the cool kids so I wouldn’t be picked last in dodge ball, I would spend one afternoon every week in Lolo’s rickety McMansion in Rosedale. His yard couldn’t have been more than six hundred square feet.

The inside of his home was built like a ski chalet. Shag carpet entryway. Heated tiles in the bathrooms. His basement housed a pool table.

Lolo called it snooker. He taught me the game at a ripe age, one hand on the stick, the other on the blue chalk. Every time we played, he told me the same tale about coming to the States with all of his belongings in a backpack.

There was a prime opportunity during the recession of 1981. Investments were made, commercial real estate deals were forged, and he met Lola. That was the part of the story that never went any further.

I felt sorry for the man. All alone in his home on Mayda Road. Lola died a few months after I was born. My only memories of her can be found in sienna colored Polaroid’s.

One afternoon, he didn’t want to play snooker. We didn’t talk about real estate. He didn’t utter Lola’s name.

I was fed string cheese in the kitchen. The floors were made of tile, too. As his hands trailed from my shoulders towards the small of my back, I thought to myself that it would have been a better investment to have heated kitchen tile, too.

Mom had a fresh pot of pork adobo and rice when I got home. She asked me how Lolo was doing. I looked at her and wondered if she knew. I wondered if he had done the same to her. Over and over again as he handed her treats in exchange for dutiful silence.

If it happened to me now, I’d like to think I’d fight. I’d like to think I’d call the cops. But at that time, I wasn’t sure if what my family was doing to me was wrong. I was the only son doing what I assumed was expected of me. So, I kept the status quo. I just don’t eat string cheese anymore.

My only solace during weekly afternoons at my Lolo’s was Banjoko. Banjoko, Lolo’s neighbor on the other side of the street, took a liking to me. His other neighbors were friendly enough to wave from across the street but removed enough to not say an actual word to him.

I didn’t talk to them the way I got to talk to Banjoko. I thought he was Jamaican at first. He took offense to my assumption. We would share cans of diet soda together. Banjoko was from Lagos in Nigeria.

He came to New York to get a degree in business. At the time, he promised himself that he would return to his country once he finished getting a degree. It had been a decade since he got his degree in the states, a decade since he had last returned home.

In elementary school, I imagined becoming a pediatrician so I could take care of other children like me. I could look into their darting eyes, scanning for imminent danger, and know that they were like me. I would step in to be the hero of their story.

Banjoko admired my passion. He thought I was fueled by emotion, too much emotion. I was all heart and no guts. In a year, I would be in middle school. In a few more, I would become a man.

At the peak of the fall of my twelfth year, I swung from a hammock nestled between a silver maple and a gingko tree in Banjoko’s front yard. The gingko leaves grew in Queens. Banjoko asked me about school. I told him that I could do long division without a calculator.

We talked about matrices. He told me tales about his family back home. On occasion, now that I was in my twelfth year, he asked if I loved anyone.

I didn’t know what to say about love back then. Only knew what it felt like, an iron grip on your heart with soft promises of forever. The smell of Buena’s hair. Toasted brown sugar. Her laugh like a magnificent crane in flight.

Banjoko didn’t know my Buena. He only knew of Lolo. He insisted that my grandfather must be proud of me, or, at the very least, love me. When he saw my eyes divert and dodge, neither looking at him nor my grandfather’s house across the street, he asked if there was anything he should know. I continued to sway back and forth. Chewed on the plastic straw popping out of the soda can.

By high school, I could tell Banjoko all about algebra. By then, while I knew I was superb at math and my mother thought I was a certifiable genius, I was terribly bored by numbers and equations. Mother wanted her only son to pursue medicine.

Grandfather’s neighbor was nearing retirement. He didn’t ask me about Lolo anymore. He asked how things were going, generally speaking, and kept any conversations surrounding my family life as brief as pleasantly possible. He would miss our seasonal talks by the front yard hammock, but he wanted to spend his last days in Lagos.

“You know what I always found strange, Feo?”

I drank soda straight from the can, no straw. “What’s that?”

I was uncomfortable with where this conversation was headed.

He was candid and we were comfortable. Perfectly content with our drinks in hand and nowhere in particular to go. No items on the agenda to attend to or ulterior motives, just talking on afternoons.

Before Banjoko left for Nigeria, he attended Lolo Genesis’s funeral. We wore black and the weepers wept. Banjoko and I stood at the back of the room and drank soda from red plastic cups.

Buena was there, too. Her mom and my mother were both nurses at the same hospital. Buena’s mom volunteered to make five-hundred chicken salad sandwiches for the wake. The post-funeral lunch was at a windowless catering hall in Woodside.

My friend wasn’t one of the weepers. She was quite stoic throughout the whole ordeal. Buena mostly walked around the room touching the cotton fabric of reedy tablecloths and murmured, “You’re so soft.”

Mother saw Buena as the ideal student. Someone I should emulate unlike my other friends. She didn’t drink Bud Light at parties, so she was a good influence. She, unbeknownst to our mothers, would just get high on sativa before volunteering at a marvelous home for the aged on the Upper West Side.

I took what my mother said about other people and tucked her opinions in a lidded mason jar. Her judgements were sealed on the low shelf. She thought people like Buena were perfect. People like Banjoko should be avoided. Genesis was a wonderful grandfather for looking after me once a week. I just humored her.

So, until I could leave Queens for good, I played by the rules of the roof over my head. I would embark on my journey as a funemployed fitness blogger, a wandering expat with multiple roofs over my head. I kept one last promise to my mother, because that is what Filipino sons do. We provide and we promise and we cry as we provide and promise.

I visited Lolo’s grave every week with Buena. We left dandelions at his tombstone. She strummed her guitar. Lemon Haze filled the air and smoke stretched out the silence between us.

If I stood still, I could feel the remnants of wrinkled and clammy hands trailing my inseams. When I danced, all I heard was the music. When Buena was around, all I could smell was the smoke.

I can still see the burning grass. We can set this world on fire. Her left ring finger, encircled with the gold, and my hand on her right, we dance.

Born in the Philippines, raised in New Jersey, and currently living in New York City, Kelly Ann Gonzales works in the hotel industry. She is also the Editor-In-Chief of Alpha Female Society. Her published works include the novels Video Games (2014) and Through An Opaque Window (2018), and "A Shaggy, Shaggy Dog Story" featured in the Penultimate Peanut literary magazine. She has an insatiable passion for travel, hospitality, and all things written and to be read.