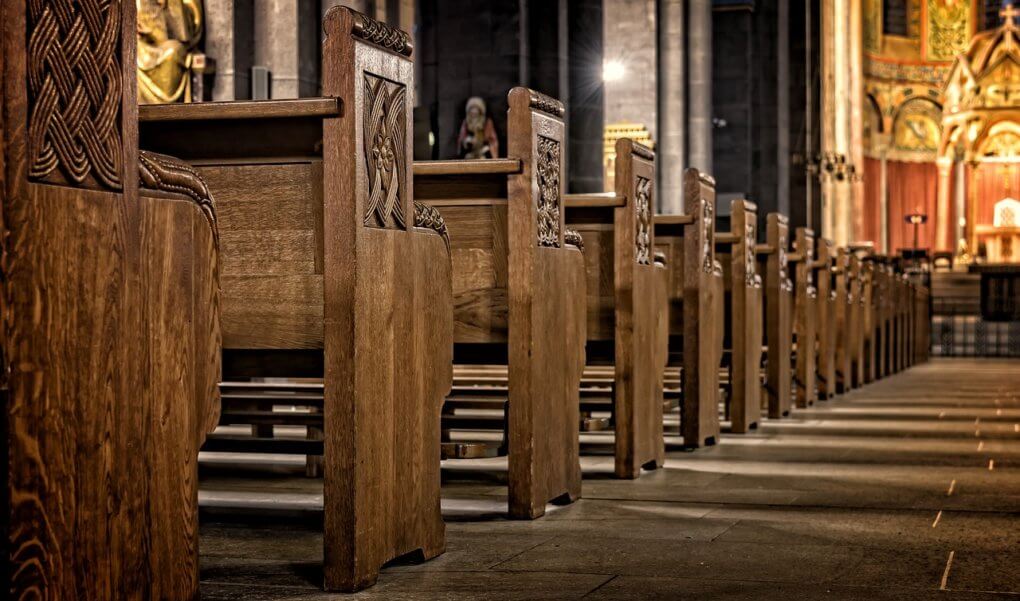 Okay, she says, with only a little sigh as she shifts her weight around on her tired knees, turn around, let me see. She touches the small of my back softly, softly, propels me in a circle so I am facing her. The quiet, familiar touch of a parent. The instinctual response, son obeying mother. Her hands rest for only a moment on my tiny shoulders, one on each side, brush off dust that was never permitted to land in the first place, squeezes a little—small comforts, collecting me into a whole person. Her face eases into a smile, a sad one, and she tweaks my tie just a little before saying I think you’re ready. I tweak my tie back to where it was before and tug on the bottom of my coat—it feels short, still, despite the letting down.
I don’t want to go, I tell her, and you know it. I don’t think we should go. She nods solemnly, matching my own seriousness, says to me yes, I do know it, but we have to go. Even I’m going, look. She stands, slowly, her knees creaking quietly in protest, and spreads her arms, turns once around for me so I can see her dress, her pantyhose with the seams perfectly straight. How her seams never move is something I will never know. I asked her once, and she only smiled mysteriously, ruffled my hair, said moms have some tricks, you know.
Impatiently, I wave her off, tell her you look lovely, really, but why are we going? He would never have done this for you. She hesitates only a moment before nodding her agreement, not looking me in the eye as she does so. Yes, well. She smooths her palms over her hair and adjusts a pin in the back somewhere before grabbing her handbag in one hand and my own hand in her other. Better to face it together, yes? I stare at her, fuming at the truth of her words and my lack of ability to refute them. I heave a sigh and roll my eyes, conceding ungracefully, and allow her to lead me out of the apartment.
At the service, I sit in a pew almost at the back, with my mother, refusing my role in the whole thing as The Son. My grandmother—his mother— sits in the front row, stately in her refusal to acknowledge us, in her turn. The priest gives most of the service in Latin, which I hate, and my mother knows it. She grasps my small, sticky hand in her cool, gloved one and gives my fingers a reassuring squeeze. The quiet, familiar touch of a parent. She resolutely looks at the casket the entire time, her gaze never wavering or filling with tears. She shifts in her seat, discreetly, but I know her bones ache, heavy with the years and the crying and the hiding and running away.
This time I squeeze her fingers back, offering the small comfort of child to parent; this time, I do not hide in my room pretending to be asleep after the door slams shut behind him. I do not pretend not to hear as she wipes tears from her face and quietly crawls into bed next to me, craving to hold a soft body that won’t hit back. I squeeze her fingers back, scoot a little closer to her in the pew, rest my head on her shoulder. I’m too old, I think, to sit this way, but small comforts, parent to child and back again. She hugs me to her and lets out a small sigh, the smallest, almost missed it, and whispers to me, you were right. Let’s go.

Lauren Diethelm is a recent college graduate living in southern California. Her fiction writing is not yet published, but her freelance writing has appeared on several websites.