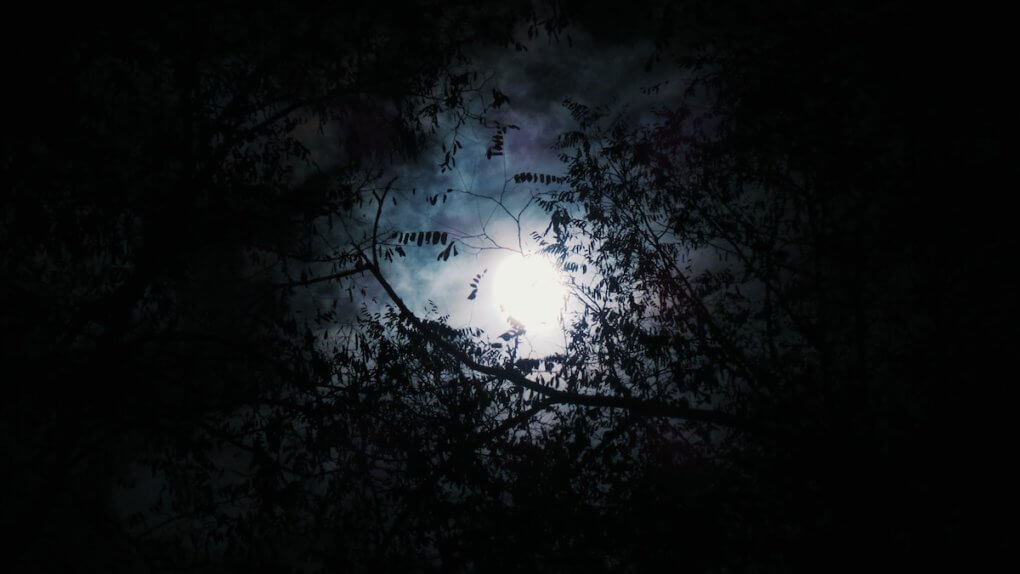 You opened your notebook and found a blank page. She was sitting there again. It was a beautiful night and the stars were reflected in her shining eyes. She was different. She had that sparkle, that special gaze in her eyes that was speaking without speaking. It was visible as the light travelled millions of dark miles simply to embrace her soul. A light visible to few, but that was all that mattered. Maybe because others wanted her to be someone she wasn’t. They wanted her to fit in. They wanted her to be like them, so she would often hide herself. Maybe that was why she had always been in love with the moon. The dark night sky surrounding it. A darkness that could take away any joy, any smile; even our last breath. But that was the thing. The moon would shine. It would become brighter as darkness would take over and form silence – so enlightening, yet so mysterious. It would guide people on a journey; and it was in the midst of this darkness and solitude she would find her light and realise that she is powerful beyond measure. She didn’t need the limelight – she would silently do the work, so that one day, people would look up and fall in love with her, just as the way she’s in love with the moon.

She was a sensitive soul. A soul that could see through each layer of a person, yet often she wouldn’t point them out; rather, she would silently guide a person. She would simply stand there as if she was a nobody, but you saw her. You saw her hold the precious world in her hands. Her shining deep brown eyes held the universe intact. Her skinny fingers formed an invisible energy circle with the power of thousands of oxen; and her shoulders held on to hundreds of horrible episodes but showed a will power of an eagle to rise above these things.

She detached herself, because, although she wanted to love, she feared anyone could love her. Yet she made you feel in a way others didn’t. She made your heart beat faster as the moonlight grazed her almond skin. She made you breathe deeper as she meditated under the full moon, and her current presence made you play memorable episodes for your inner eye. You returned to the moment she entered the dim room on a winter day. Your heart raced the second you looked into her eyes. You travelled in time to the day you spoke the first time, and you found yourself at ease. There was the evening at the pub with your friends. You couldn’t focus on them because your eyes kept wandering off to steal glances of her, and you shyly smiled at each other. And the day at the café when she suddenly took your hand when you were about to take a sip of your hot chocolate, and said ‘I think you’re quite magical’. You blushed and quickly swallowed the mouthful of warm beverage. She grinned and added ‘did it get a bit warm there?’, and you smiled like an idiot without answering her. You played some more, and suddenly realised that maybe she wasn’t the one fearing love, and if only for a fragment of a second, she made you feel like you were capable of loving another being.

Words planted themselves on a string on the glossy paper while you observed her:

Once, when I laid my eyes on you
I saw a life like I’d seen never
I am sure you don’t have a clue
But it made me love you forever

And your words upon me gazed
Like star dust was heaved down on us
My soul, thy inner praised
You being a majestic creature, thus

Once, when you thought no one cared
I longed to feel your every presence
My soul, the rhythm of our hearts compared
And it felt an ultimate pleasance

Once, when you thought you were alone
Your soul to my heart became known
You are not just anyone
An angel to me has clearly shown

Your eyes, those magical eyes
Sent vibes so my heart turned into
Flowers in bloom, they make me rise
Because of your inner and outer view

Because your beauty shines through
It has since I laid my eyes on you
You are the one I would turn to
Since you, my façade, see through

Suddenly she opened her eyes, turned around, and looked at you. You got up. As you stood there, there was only one thing that crossed your mind: kiss her. She was timeless, and you had captured thousands of pictures of her that you carried with you. You wanted to kiss her slowly. You wanted to take your time, be right there, in that specific moment. You wanted to touch her neck, softly run your fingers down her arm, take her hand, and unhurriedly place it on your heart so she could feel you, while you found yourself lost in her warm glowing eyes. You wanted to lean in and cup her face, while dreamingly counting the freckles on her cheeks. You wanted to kiss her with passion while inhaling her breaths that would gradually turn into moans, making butterflies flutter in your stomach. You wanted to hold her and not let go. You wanted to kiss her like a piece of chocolate – melting on your tongue. You didn’t want to think of what could follow that kiss. You just wanted to allow yourself to be enchanted by her soul.

Your lips slowly parted like tulips on a spring day, but no sound came out. You were lost in her eyes the second she saw through your façade, and yet the words were trapped in your mind, like a time capsule that was locked in time and space. Surely, you wanted to tell her what happened every time her eyes glanced at you. You wanted to express the ecstatic feeling rushing through your veins the moment her fingers carelessly drew partial circles on your hand. She was truthfully the reason why your smile seemed a bit brighter and wider whenever she was around. She smiled at you in that special way. The grin was so honest that she got wrinkles around her eyes, and as she picked up on your feelings it turned into a tender smile, with the loveliest brown eyes lighting up.

You forced yourself to speak, after all, how could you not say something when she was standing in front of you as the moonlight hit her skin? You studied her face in every detail, and wondered how someone that gorgeous could stand there without realising how she made you feel.

‘I… I…’ you were stumbling over the words. ‘I’ll miss you’, you shyly looked down, and touched your fingers in a quick unintentional pattern.

She pulled you into a long hug, and you smelled her fragrance as if it was the last memory you would be able to get. Her skin was soft, and her dark hair fell perfectly down her back. Her arms held you tight and seemed to lock around your body in a way that made you feel safe, and you found yourself surrendering to her for a moment. You didn’t want to let go, but it was time. She looked you deep into the eyes, as if you were the only two existing; everything around you disappeared, even the din and smoke of the otherwise busy street. You appeared to be the last two in the world left capable of love as you mirrored each other’s facial expressions. She grabbed your hand and pulled you back in, as if she was taming a lion that was suddenly being praised like a majestic creature. You wanted to plant a featherlike kiss on her neck, but pulled away before your lips managed to touch the skin.

She gently looked at you and answered: ‘I’ll miss you too’.

You eyed her, and before you managed to say a word, she added ‘come here’, and she once again pulled you into a long, embracing hug. Her arms followed the contours of your hips, and she rested her face on your shoulder as the hair on your neck joyfully followed the rhythm of her breath. You wanted to pause time for a moment, and tell her what you always knew; what you knew from the moment she entered the dim room and your eyes found for the first time… love. She gently stroked your arm down to your hand while your eyes carefully took in every last bit of her memory. Her tender and careful movements made your heart want to explode, and as you tried to control your breath she winked at you – this was pure torture. Your body screamed ‘tell her! Show her you care! Do something! Just don’t let her go!’, but as she slowly reached the end of your fingertip, she softly squeezed it, and let go.

Mie Astrup Jensen is a freelance writer. She has published newspaper articles in The Gaudie, DIVA, and OpenDemocracy; academic essays; fiction; and newsletters. Mie studies Sociology at the University of Aberdeen.