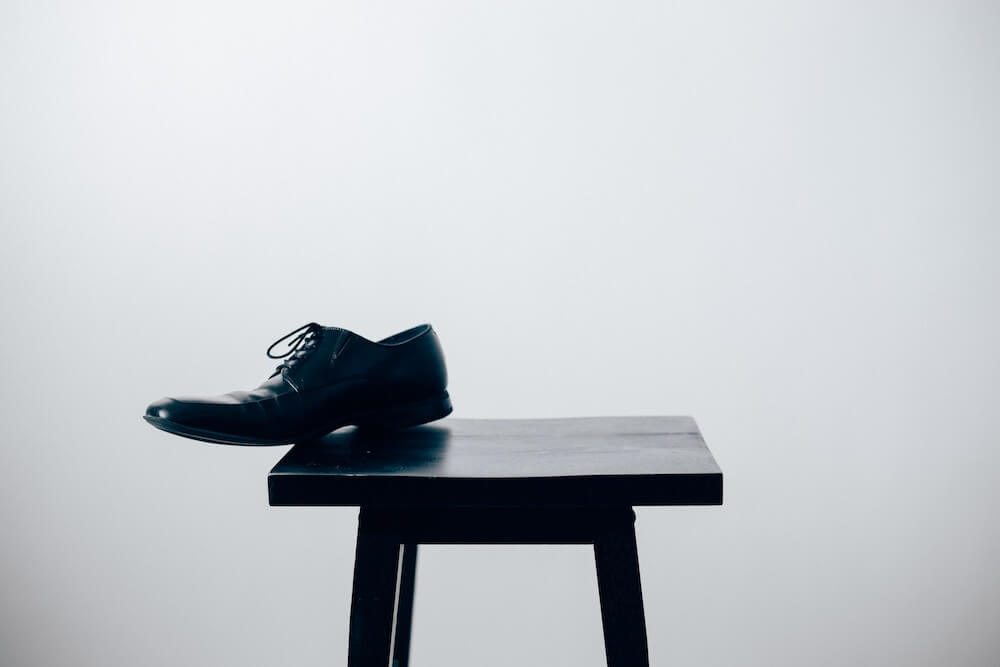 At the approach of his eightieth birthday, my father agreed to let us throw him a party, on one condition.
—It’s got to be at a funeral parlor.
His thinking seemed to be that, since he was due for a funeral anyway, he might as well be alive for it.
The guests entering the chapel were greeted by a grinning blowup of the not-quite departed. One after another, my four half-sisters positioned themselves alongside it to expatiate, the first on his excellence as a parent, the second on his exceptionality as a husband, the third on his exemplarity as a citizen, the fourth on his exactitude as an oral surgeon. They were followed by my half-brother, who, accompanying himself on the guitar, moved my stepmother to tears with a rendition of my father’s favorite ballad, “Love Me Tender,” to which I remembered the two of them dancing ecstatically at their wedding.
As the oldest of his six children, I was the last to speak.
—I know you good people are all impatient to get at the eighty-proof formaldehyde, but I can’t let you escape without reminding you that, if my father hadn’t been there for me a hundred percent, I might not have survived the tragic death of my mother when I was nine.
With difficulty, he rose to his feet to acknowledge the applause. Though still ambulatory, he’d become noticeably less sure of himself since his second heart attack. It was obvious he was too overcome with emotion to talk, so I dismissed the company. The ensuing stampede to the open bar left us alone in the chapel.
—You all right, dad?
He blew his nose into his handkerchief and muttered something I didn’t catch.
—Sorry—what was that?
—I said it’s time you knew the truth about your mother’s death.

My mother was run over by a drunk driver.
—I’m not suggesting she wasn’t.
The guy was tried and went to prison for it.
—Yes, but that’s not the whole story. You were just a kid, so maybe you weren’t aware how unhappy your mother and I were?
I recall a lot of yelling.
—We married too young, you see, and stayed together for your sake, but we had nothing in common, and eventually the inevitable happened.
You met my stepmother, with whom you have Elvis in common.
—I thought your mother would be okay with it—that she’d be glad to be rid of me. I never expected her to come after me, let alone with a flowerpot—though that was easier to dodge than the spittle from her curses.
Easy on the prejudicial details.
—I spent the night on the couch in my clothes and slunk off to work without breakfast. When I came home, I was confused to find her all dolled up.
“I’ve made us a reservation for dinner so we can discuss this like civilized people.”
Let me guess. You had the steak.
—Medium rare, as always. She had the salad. I talked about impacted wisdom teeth. She talked about reflexology, in which she was hoping to gain accreditation. Not till we were finishing dessert did she drop the pretense we were just another couple out for a carefree evening and ask me point-blank if I was seriously determined to leave her. The pain in her face when I nodded made me reach for her hand.
“Don’t touch me.”
She threw her plate at you?
—Fortunately, that didn’t occur to her, but she ran out of the restaurant so fast I couldn’t spare a second for my shoelace, which—wouldn’t you know it?—chose that moment to come undone. Because she’d pulled the fur-lined hood of her coat on against the snow falling in the street, she didn’t realize I’d caught up to her till I tugged at her sleeve.
“I told you not to touch me and I’ll tell you something else. If you’re planning on marrying your perky little dental assistant, you can forget it. I’ll never give you a divorce.”
—As she said this, the light at the intersection ahead of us changed from green to yellow. I took it for granted she’d wait while I got down on one knee, but she damned me to hell and stepped off the curb. She did this just as a driver approaching on the cross street made a similarly reckless decision. Instead of braking to a halt, he sped up through the yellow light. The hood prevented her from seeing him careen around the corner. I saw him. I saw him and looked back at my shoelace.

—In my pocket!
I stopped short halfway up the aisle between the rows of empty pews. Next to his portrait, which I’d knocked down, he’d sunk to his knees, clutching his chest.
—In my pocket . . .
Without moving, I listened to him gasp. Only after he keeled over on his face did I burst from the chapel shouting for help.

Stephen Baily has published short fiction in some thirty-five journals. He's also the author of ten plays and three novels, including "Markus Klyner, MD, FBI," which is available as a Kindle e-book. He lives in France.