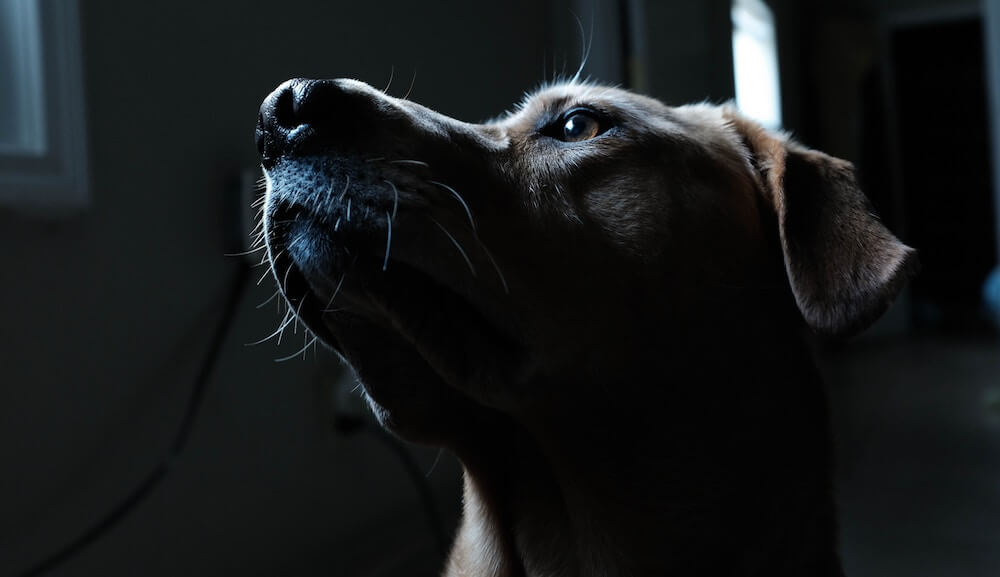 Jack Jones! the girls exclaim when we walk through the door of the vet. Those who know Jack come out for kisses, and those who haven’t met him come out, too, because his reputation precedes him. He’s a hound of calm character, lazy and laid-back, reddish tan, with floppy ears, knock knees and a broad smile. His warm brown eyes draw you in, but it’s his ears that betray his heart – flattened back in excitement or forward to listen, or folded in half like an African elephant in pure ecstasy. When you pick him up at the kennel and he sees you standing there, his whole body quivering with excitement, you are the cause of his ecstasy, his Dumbo ears and his grin. A gift from the gods, moments like these.

Jack came into our lives after he followed a family home at a Houston apartment complex. Foster mom, Donna, named him Bojack. We, non-Texans, renamed him Jackson. He replaced a neurotic Great Dane as a calmer companion (we hoped) to our elderly and bossy Shepherd-Husky, Shelby. Shelby spent the first week growling whenever Jack came near, but she walked side-by-side with him when leashed, and allowed him to sleep in the bedroom, as long as he kept his distance. He learned his place, and she in turn learned that in her old age she could depend on him to tell her what she might have otherwise missed.

At the vet with Jack on a recent Saturday, a vet tech on the receiving end of kisses, said, “I always ask people how old they think Jack Jones is, and they say maybe three or four. But he’s nine,” she said, “nine going on ten.” I was holding his mouth as she tried to find a vein to draw blood for a heartworm test. She jabbed the needle in one front leg, then the other, then his back, then his neck. “This is what I’m good at, taking blood,” she said. “And now Jack Jones has made me doubt my gift.” I held his mouth closed, but he didn’t even flinch.

I checked my records once I got home and found that he’s really eight going on nine, as I had thought. I could breathe again.

My parents turn 90 this November, so I recognize that 63 is, in so many ways, still young. I will be working still, and walking and gardening and spinning the pedals of the elliptical machine. In so many ways, my life will be the same.

But already my eyelids droop low over my eyes. My chin sprouts long hairs, while the hair on my head is increasingly gray. That last ten pounds becomes more and more impossible to lose, even when faced with a 40th high school reunion next year. I wear glasses for the first time in my life, both for reading and for distance. And I’m still surprised when walking in the rain becomes a challenge or my lenses fog when I get out of the air-conditioned car in the summer humidity. I don’t drive at night. I don’t drive on the freeway. I read until my eyes tire, and never under the covers with a flashlight. I need more sleep, but I never seem to get it.

Jack doesn’t seem to age, but I know in dog years he’s already caught up to me. Soon he’ll pass me, and I’m not ready. No more can I anticipate the end of Jack’s life, even if six or more years in the future, than I can fully imagine my own end. I push the thoughts from my mind, and grab the leash, calling him for yet another stroll around the block. Maybe ten thousands steps will keep me young. Maybe we will both live forever.

For me, age comes slowly, and with surprises still. Did I really think I would be the one exempt from failing eyesight and aching joints? And I know in my head that my dogs, Jack included, are here for only a short time. They age as in a flash-forward in a movie, suddenly old, then gone. And yet, I bring them home from the pound or the foster home, time and again. And once in a while, a Jack Jones happens along. The dog of a lifetime. A perfect companion. The beauty in that hound dog’s eyes overwhelms me.

Will he be the last?

He’s not the last.

Already we have added a tiny, ten-pound terrier, Dory, a skinny little black and white creature, with bulging eyes and pointy ears that flop down at the tips. She is grandfather-like, with whiskers and beard and coarse hair that tangles in the comb. She spent her first year with a hoarder, in the company of other uncontrolled, yippy dogs. She is still not completely housebroken, but she is fierce and would defend her household to the death, I think. She sits at our front window and barks at neighborhood cats and the mailman. We call her Doodle or sometimes Do, and she eats her breakfast for brunch, and her dinner, if at all, sometime later in the evening. She doesn’t like walks, and is not tempted by treats. Is she even a dog at all? She dances each time she sees us, tiny nails clicking on the wood floor, even if we’ve only come downstairs after a nap. And, like us, she loves her brother. She is content when touching him, whether snuggled by his chest or back-to-back in the tiny bolster bed, purchased for her, but claimed by him. He tolerates her worship, and sometimes when she’s followed him to yet another resting place and won’t stop licking his face, he looks up over his shoulder at us and rolls his eyes.

Safe to say, that unless death overtakes us sooner than we expect, more dogs will make their way into our household. They will add richness and complexity to our lives. Their tails will wag, and they will assume the play position, bowing, legs splayed. Their hair will be untamable, or will gather like tumbleweed in corners of the living room. They will have favorite balls and treats and even people, and will offer kisses and wet noses and sometimes incessant barking at cats. Their short lives will remind us that life is precious, whether fifteen years, or ninety.

No one dog ever replaces another. They are all unique. But this one is special, the perfect dog, this Jack Jones. I look at him sometimes, storing in memory that smile at the sight of the leash, the tilt of the head, the ears forward, as he waits for me to grab my keys.

Let’s go for a walk, I say, and he falls in place at my side. 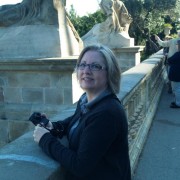 Kathryn T Jones works as a grant writer for Hosparus Health, a regional hospice and palliative care provider. She is a student in the low-residency MFA program at Spalding University and has been published in The Filson, The Southwestern Archivist, Ruminate (Readers’ Notes) and online in catapult and Topology. She currently lives in Louisville where she and her husband sponsor a monthly pet food pantry providing dog and cat food to pet owners in need.