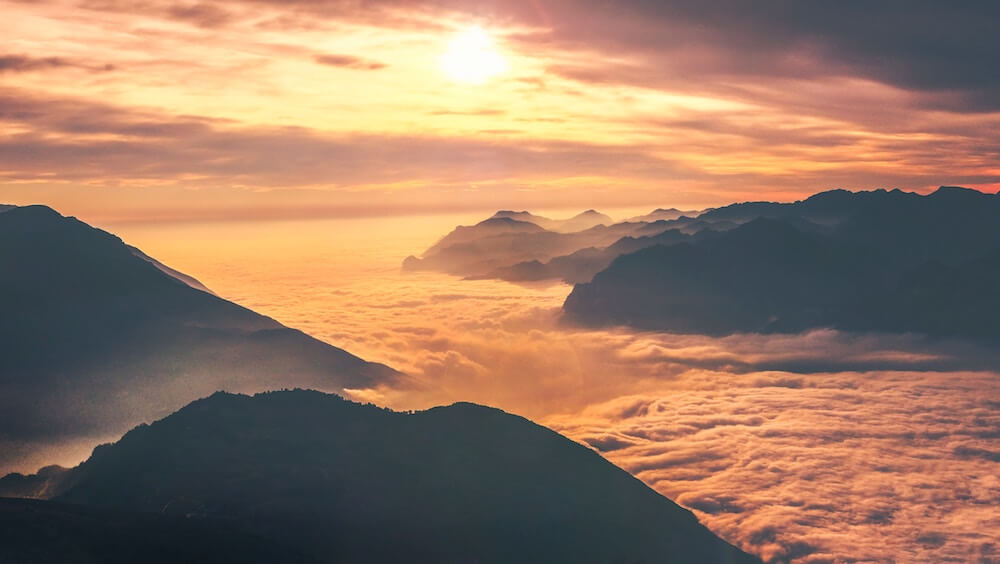 The entire island was told to evacuate, and your plan was that you and I should go for a walk on the beach together instead of driving inland—because you were sure you could protect me better than a few miles of dry land ever could. We walked barefoot on top of the seawall, the one that marked the edge of the bay, all of the way to the beach.

The man on the news said that not even an Olympic swimmer could escape the kind of rip currents the storm was bringing in that day, but I couldn’t talk any sense into you, and before I knew it your shirt was lying in the sand beside my feet and you were waist-deep in the salty backwash.

I ran into the water, up to my ankles, with my clothes on. You came back and kissed me on the top of my head, the only part of me you didn’t have to bend down to reach, pulling me up onto your shoulders.

“Stop, stop! You know I can’t swim,” I said as you waded out—but when I think about it now I think that maybe you weren’t wading, maybe the water was rising—either way I held onto your hands a little tighter.

“We’ll be okay, I promise,” you said smiling up at me, your eyes gleaming the same color as the sea around us.

The wind was blending my hair into yours and I could feel your legs braced for the blustery waves. You started to back out of the water, back to the shore, but it followed us like a shadow. You started to run to the shore with me still above you, but 50 feet in—when the water was still at your waist despite your movement—you stopped running.

The water kept rising, and you were still holding me. When it came up to my chest, I started kneeling on your shoulders instead of just sitting, still holding on to your stiff fingers. Your eyes were still open, looking up at me—like maybe you could’ve still been alive, if I didn’t know better. I stared at them so long, even after the winds calmed and the water stopped rising, just waiting for a rescue boat or a floating board to drift by so that I could grab onto it, so I didn’t have to think about the way my promise ring stuck to your waterlogged skin. I think your eyes wore into mine then, because now when I look in the mirror there are specks of blue in the eyes I once knew to be totally of brown.

When a boat finally did come—a young man in a coast guard uniform at the helm and his two associates dressed similarly—I waved at them with one hand, holding onto you still yet with the other, until they came over to us. They threw one of those rings to me, the red and white kind that the lifeguards always had on Baywatch when it was still on, and I grasped at it with one hand, slipping the other out of yours and clinging to the rope.

They pulled me up on deck, wrapping me in a stiff silver blanket and handing me a mug of what I assume was once warm tea.

“We weren’t expecting to find many survivors,” said the man at the helm. “There aren’t a whole lot of people around here that can tread water for that long.”

I looked back into the water where we had been, where you had stopped running, and there was nothing. It was as if you had dissolved into the sand below us, or had been drawn out with the tides. I nodded at the man speaking to me as if I agreed, as if I was saying, “Yes, I swim quite well. Thank you for noticing,” and sat down on the deck, staring into the surf.

Sometimes, your mom looks at me like I killed you—like you sacrificed yourself for me, like you hadn’t known you were going to die in the water that day before you even got in. But I get it—you’re gone, and I’m still treading water.

Grace E. Marion is a high school student located in a Pennsylvania town in which the only relevant monument, however absurd, is a puppet-based children’s theme park. She is bisexual and takes joy in writing stories in which readers oftentimes can’t quite tell what gender the protagonist is, just to mess with people. She is the Editor-in-Chief of the Playwickian, a student run newspaper, and was finalist for the Bucks County High School Poet Laureate competition for two consecutive years.