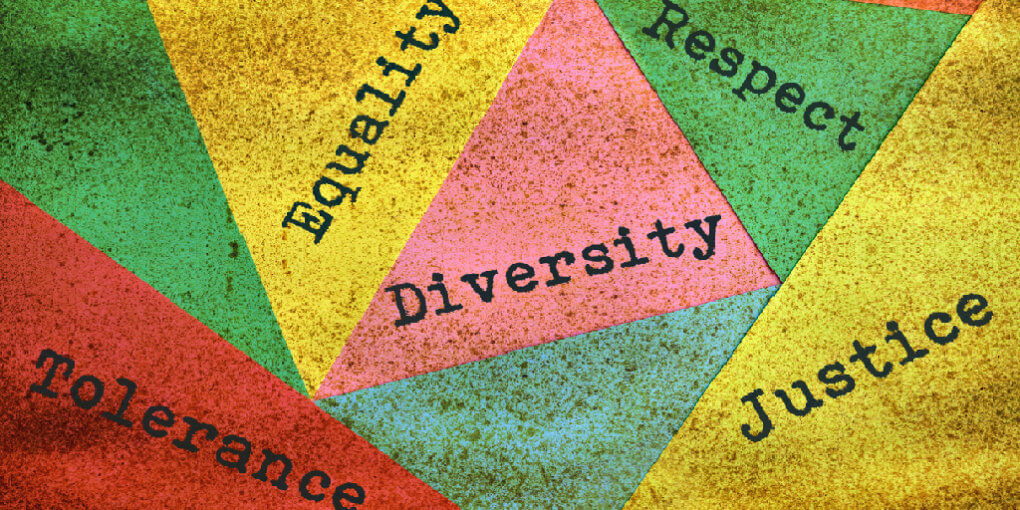 It was a time before Twitter, when big hair and acid washed jeans were trending.

This is when Sasha came into my life. We were 13 and best friends. We talked about everything: our families, our hopes and dreams, effective ways to remove body hair.

Our relationship was a safe space to experiment with who we were, and who we wanted to be.

The teasing at school started so slowly that I barely even noticed it happening. It was what you might call “typical middle school stuff.” Other kids would whisper and giggle when Sasha and I walked down the hallways. When we talked in class, people would roll their eyes or exchange smug glances.

We didn’t have social media then so there was no such thing as cyberbullying or Facebook. But we did have the slam book. Slam books were physical notebooks – ours was the black and white marbled composition kind. Each page had the name of a person in the grade written at the top in big bold letters. The book was passed around and everyone had a chance to write. It was completely anonymous.

I got my turn in art class. The room was drenched in sunlight. There were paint splatters on the floor. The desks were arranged in a big horseshoe and I was sitting near the door. The rest of the world faded away as I started to read – first Sasha’s page, and then my own.

Her page was filled with hateful comments. People wrote really mean things about her, attacking her height, her nose, her teeth, her hair, her body, her lunch choices, and her know-it-all-ness.

The comments on my page were less outwardly hostile, and they all had a similar message. “Luba seems nice and she could be cool, but she’s bringing herself down by hanging out with that loser Sasha.” “I don’t know Luba that well, but my recommendation is that she find some new friends.”

I know Sasha read my page too. But we never talked about it.

Things escalated from there. One boy, Mark, emerged as a ringleader. Mark launched an anti-Luba and Sasha campaign. The primary message of the campaign was that Sasha and I were gay. It went viral.

Whenever he saw us Mark would stop whatever he was doing and call out: “Look! It’s Luba and Sasha! Hey lover girls! Were you two just making out!” “They’re such lesbos!”

He’d laugh. Some other kids would too. Most people didn’t say anything. And then everyone would go back to what they were doing.

One day Mark threw my backpack over the fence. Another time he threw a basketball at our heads; hard enough to hurt. That one landed all three of us in the principal’s office and that night, Sasha and I talked for hours about whether or not to tell our parents. I sat on my family’s kitchen table, twisting the cord to our rotary wall phone around my fingers, as we weighed the pros and cons. In the end, we calculated that involving more adults would only make things worse.

Somehow, we made it through the rest of the school year and everyone went their separate ways over the summer. When school started again the next fall, Sasha and I were in different classes and we drifted apart. We socialized in the same groups throughout high school, but it was never the same. And we never spoke of what happened.

I didn’t speak of it at all, actually, until a dozen or so years later. A friend was making a film called Deconstructing Heterosexuality. There were parentheses around the “de,” because all good titles had parentheses. The film challenged us to think about how we learn to be straight and what we consider to be normal.

I shared this story of Sasha and Mark. I talked about how strong the pressure is to define ourselves based on other people’s conceptions. It was crystal clear to me at the time that I was expected to protest the claims being made about my identity. The right answer was to deny and resist these accusations. “No!” I was supposed to say. “No, no; you’ve got this all wrong; I’m not gay. You can stop teasing me now because I’m. Not. Gay.”

But I didn’t say that to Mark. In fact, I never said anything to him. I quietly endured his treatment. I tried really hard not to provoke or escalate. I kept my head down and did my own thing. I knew Mark was wrong, but I didn’t feel confident that I would change him or make the situation any better by saying something. In my cost-benefit analysis, staying quiet was the economical choice.

I’ve often wondered about this choice I made to be quiet. Would I have recommended this strategy to the students who used to sit in my counseling office? How would I advise the schools I work with to manage these kinds of situations? How would I code my strategy choice in my research?

Would I advise my own daughter to do as I did?

Now, nearly three decades later, I’ve started to think about my silence differently. Maybe it’s not so much about what I didn’t do, but what I did. It is absolutely important to stand up and speak out and fight injustice wherever we see it. But sometimes… there is value in quietly standing by. We neglect to recognize that it takes a deep faith in ourselves to have the strength and courage to keep standing. And that sometimes… it’s enough, to just not fall down.

I am a trained academic and am new to personal essay writing. With a background in developmental psychology and education, I have written extensively for an academic audience. Much of my career has been spent in non-profit organizations where I also write for funders and other key stakeholders. I am very interested in exploring a new genre.