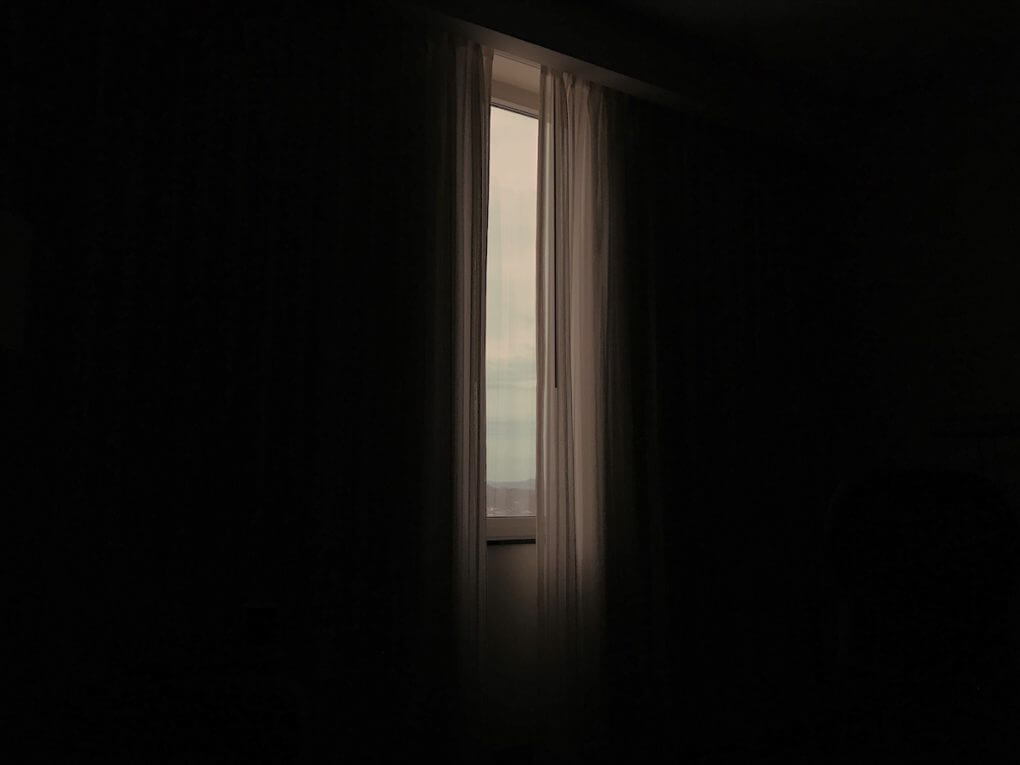 Pearl heard the gunshot but went back to sleep.
The unmistakable blast shook her awake and was followed by an ominous silence. She’d pulled the blanket closer, an uneasy feeling inside. It seemed wrong to ignore what she’d heard. Her husband, Grant, had somehow slept through the chilling noise. She didn’t want to wake him, though, as he’d told her he had a long day of work ahead of him.
Pearl shut her eyes tightly and willed sleep to come to the rescue and take away her dilemma. Something like a scream sounded as she drifted off; the unconscious world of dream state took hold just in time, reality mercifully fading away for a while.
When Pearl awoke, however, reality returned and refused to be ignored: the first thing she heard was a police car pulling up noisily outside.
After shuffling over to the bedroom window, she pulled the curtains open, regret preying on her conscience. How much time had passed between the gunshot and the police car arriving remained unclear. Would it have made a difference if she’d called the police straight away, or woken Grant?
Grant’s voice disturbed her musings, ‘It’s those idiots from next door again. Probably had another fight.’
‘Did you hear anything last night?’ she asked him gingerly.
‘Only an owl.’
Pearl watched as two police officers approached the neighbours’ house. ‘Owls are supposed to be messengers of death, aren’t they?’
‘That’s a bit dark for a Tuesday morning,’ said Grant. ‘Have you seen my green socks, love?’
‘They’re in the drawer.’
‘Thanks. Apart from the owl, I heard you snoring,’ he said, putting an arm around her.
Forcing a laugh, Pearl pulled away from his embrace. ‘I heard a gunshot.’
‘When?’
‘Last night.’
‘Guns at night in rural Hertfordshire?’ Grant raised an eyebrow. ‘You must’ve been dreaming, love.’ He kissed her cheek.
Must have been dreaming. The words offered some respite but guilt soon resumed along with the echo of the gunshot.
‘I’ll be late home tonight,’ he said. ‘We have a staff meeting.’
‘Yes, you said,’ she mumbled. She watched him as he pulled on his socks oblivious to the world outside the window.
Turning back to survey the frantic scene, Pearl noticed an ambulance parked next to the police car.
Although it wasn’t unusual for the couple next door to argue and for the police to be called by worried neighbours, this sight was unusual for Serenity Close. A sizeable crowd of people—some of them neighbours, but some Pearl didn’t recognise—were watching the door of Number Eleven with interest. Crime-scene tape added a sinister and disturbing quality to the spectacle. Pearl hadn’t seen that tape in real life for many years, only on TV dramas and news articles; seeing it now brought back memories of when they were still living in London, the murder of a neighbour by a jealous boyfriend. The colour of blood and the sense of despair flashed in Pearl’s mind as recollections burst forth.
Nothing ever really happened in Serenity Close, a peaceful cul-de-sac. They’d moved here to escape the uncertainty of living in over-populated London with the endless news of street crime overshadowing everything and making it harder to walk along any street without being on high alert the whole time.
The neighbours were relative strangers having only moved in about six months before. Grant commented at the time, ‘They’ve moved here from London; let’s hope they’re not criminals, hey?’
Pearl had laughed it off. ‘Huh, we came from London too, remember?’

Yeah, I remember; that’s why I said it. London’s not the same as it was when we were young, Pearl.’
‘It’s not that bad. “If you’re tired of London, you’re tired of life”, isn’t that how the saying goes?’
‘Don’t tell me you’re regretting moving away.’
‘No. Well, not really. Sometimes it seems a bit quiet here, though, don’t you think?’
‘I prefer it.’
‘Yeah, but you still work in London, so you get the best of both worlds.’
‘Believe me, love, you’re better off not having to battle through the crowds on endless commutes and deal with all the pollution.’
‘Isn’t there anything you like about London?’
‘I like some things about it but not the crime.’

As echoes of the conversation from the past resurged, Pearl spoke her thoughts: ‘Looks like the crime has followed us here from London, Grant. There’s no getting away from it.’
‘This is the first time anything has happened here in nearly a year, Pearl. We used to hear about local crime every day when we were living in London.’
‘Well, you’re bound to get more crime where there are more people,’ she said.
‘Exactly. That’s why we moved out here, remember? To get away from all the hustle and bustle. To enjoy the quiet life.’
Lines formed on Pearl’s brow.

Something about Phillip—the man who lived next door—unsettled Pearl. He mostly presented as visibly on edge. On more than one occasion it had crossed her mind that he could be a drug-addict or alcoholic: he possessed a kind of jittery demeanour, as if craving his next high. He looked like a weightlifter; muscular and tall.
She found herself purposefully avoiding having a conversation with him whenever their paths crossed, surprising herself with impromptu invented excuses.
He never initiated conversation, but somehow even a glance from him would cause a panic to rise inside her, so almost without thinking she’d reel off a reason why she couldn’t stop to talk: ‘I’m sorry, can’t stop; I have to collect the children from a friend’s house.’; ‘Oh, is it that time already? I should be getting back to the kids.’; ‘Sorry, I’m late for an appointment.’; ‘I need to collect my mother from the hospital.’ His eyes would exude relief and he’d noticeably relax when he heard her excuses, so that she was always left feeling awkward, questioning herself as to why she’d spoken at all.
Although a mysterious and evasive character in public, when indoors Phillip became very vocal: talking too loudly, shouting at his partner.
The walls between their properties were not well soundproofed so the couple’s arguments filtered through. Pearl knew that just leaning closer to the wall would allow access to every word, but she invariably ended up increasing the volume on the television to drown out their altercations: there was something rather disconcerting about the way Phillip’s voice boomed and how, in contrast, his wife’s high-pitched and much quieter voice leaked a sense of anguish and torment through the paper-thin party wall.
Estelle, Phillip’s wife, was a timid-looking woman. Pearl had chatted with her a few times; they’d talked about their gardens, the weather, and their children. Nothing more. Estelle constantly seemed in a hurry to be somewhere else: mirroring how Pearl would act when face to face with Phillip; that same kind of urgency to get away. In the midst of conversation, Estelle appeared preoccupied; there’d be a faraway look in her eyes, consequently Pearl could never be sure whether the woman actually heard what she was saying.
Phillip and Estelle were an odd couple: he was tall and well-built, and she was under five feet in height and very slim, almost childlike. They had a twelve-year-old son, Nathan, who had grown taller than Estelle, his physique similar to his father’s.

The policemen emerged from the house next door solemn-faced. They exchanged a few words, while one of them scribbled notes onto a pad of paper.

Paramedics, carrying a stretcher, were the next to walk out of the house. They appeared to be struggling to lift the stretcher, which held a large body shrouded in a sheet…
Phillip? Pearl held a hand in front of her mouth. Estelle must have finally found the courage to stand up for herself… But where on earth would she have got a gun? Maybe he was trying to use it against her and she’d shot him in self-defence…
Pearl turned around and saw that Grant had left the room. She called out to him, ‘Grant, something terrible’s happened!’
Her attention was drawn back to the goings-on in Serenity Close when she heard Estelle scream, ‘He’s only a child!’
A gasp left Pearl’s lips. No. Not Nathan. Pearl looked at the stretcher, tears forming in her eyes as an image of the boy flashed into her mind; he was only a year older than her own son.
‘He didn’t mean to do it!’ rang out Estelle’s plea. ‘It was an accident!’
Pearl’s eyes widened as she struggled to understand. How can she be defending him? … Maybe he’s threatened her, threatened to kill her too if she says anything against him… Feeling sickened, she followed Estelle’s anguished stare and then noticed the police car.
As he was being handcuffed and bundled into the vehicle, Nathan shouted over his shoulder, ‘It wasn’t an accident, Mum! I’m glad he’s dead!’