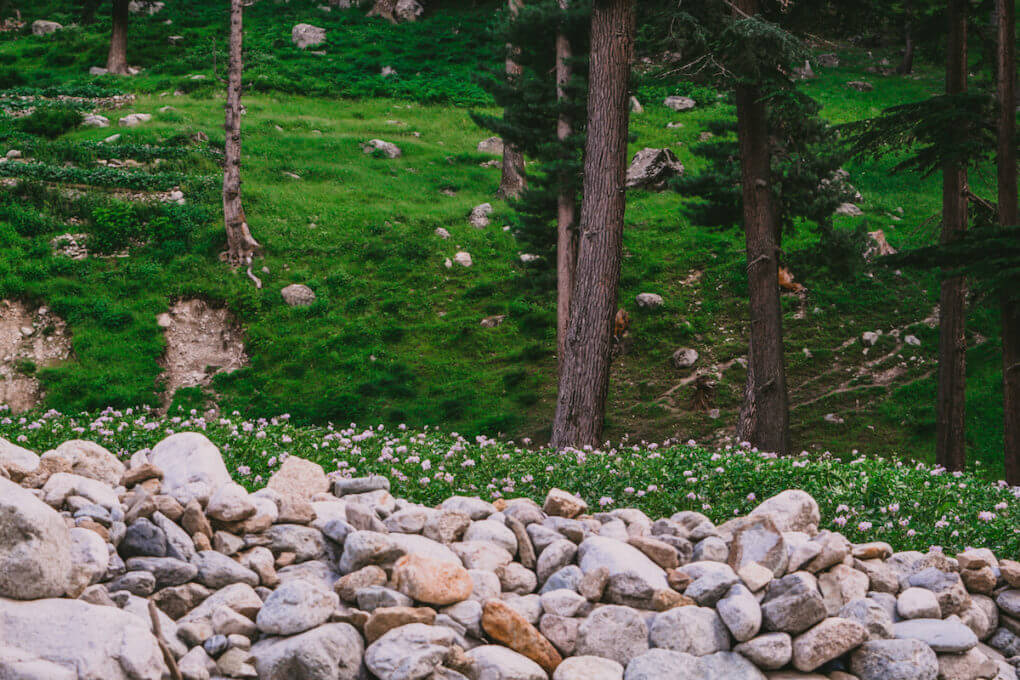 Doc rose from his bed where he’d spent the last few hours. Ready or not, he had to speak with her. Celia lived only a mile away. Harley could stay with her, go to the same school, keep the same friends, live the same life. Plus there was the added benefit of Celia being Ellie’s twin. Harley might find herself in a parallel universe of sorts, Ellie gone, but not really. Meanwhile, he could get his strength back, plot next steps. With his wife gone, he may not even stay in Central Pennsylvania. California might be nice, but he couldn’t take Harley. It would be too disruptive for her and Celia. What rights did he have anyway? Non-binding, non-legal, stepfather rights. In other words, none.

He found Harley out back, talking to the stones. At least that’s what it looked like. She hunkered over a palm-sized rock extracted from its cozy spot in the flowerbed edging where it had been keeping watch, making sure the pansies and bachelor buttons didn’t escape.

Doc hobbled outside, shillelagh in hand. “Hey,” he said, peering over her shoulder and blocking her sun, a partial eclipse.

“Hey,” she said holding tight to the stone as if to conceal its secrets between her haunches.

Doc rested his weight on the shillelagh. He felt ludicrous using it, but circumstances controlled. Ellie’s great-grandfather, a bow and arrow maker in the Lakota-Sioux tradition had carved it for Ellie. The old man had long since died, yet the stick lived on. Doc and Ellie had taken it with them a few times on their hikes though mostly it stood in a corner by Ellie’s side of the bed. She put it there, “in case the bad guys got in,” but given that Doc slept closest to the door, the place his wife had assigned to him, he suspected she just wanted to be near the spirit of her grandfather. The stick had stood there until this week when Doc found he was greatly in need of its assistance.

The doctors had checked and rechecked Doc’s musculoskeletal system, alignment, ligaments, tendons, even the tiny bones in his feet and found nothing, yet his inability to move forward unassisted continued. He could move right, left, and back, no problem, but ask him to take a step into the future and his feet put on the brakes. It was not until he started using that stick – his third leg, or more appropriately, the probe, sent out like a scout to test the terrain – that the forward motion had begun. At least he didn’t end up in a heap on the floor.

“Give it some time. You’ll heal and move on,” Celia had said.

A quaint concept, but how does one move on? He was right smack in the center of middle age, holding fast to a dead wife and hiding from a thirteen-year old kid who expected answers from a man who couldn’t get out of bed in the morning without the help of a piece of oak, cut, sanded and polished by a thirty-year-dead Lakota-Sioux.

“I just thought of how moths can die.”

Unlike most 13-year olds, Harley hadn’t lost the quirky inquisitiveness of childhood. Doc bumped his chin up a notch, the universal symbol for “go on.”

“You know how they have to get to the light? Well, maybe they fly too close and burn up.”

“You can see the planets in the daytime, right?”

“If you took a spaceship, you could?”

“Yea, the planets are always visible. Just depends on where you are, I guess.”

“I’d like to see aliens, but I think I’d have to leave the atmosphere to do it and I don’t want to burn up, you know, because I got too close to the sun or something.”

Doc nodded as if he were listening, but processed nothing.

“Do you think it might be the same for Mom? Like if we just took a spaceship maybe we could see her somewhere?”

A small pool formed in the corner of Doc’s eye while he studied his fingernails.

“I said . . . ” Harley’s voice reached Doc from far away, swimming, as it were, in oceans of grief. “I lost somebody more important than anybody,” Harley continued. “I won’t see her again. Ever. And all you can do is feel sorry for yourself. So I said -- Mr. Pathetic.”

Had Harley chosen this moment to beat on Doc’s chest, he would have stood there like a giant stuffed bear and accepted her gift. Instead, Harley rubbed her chin with her shoulder while Doc tried to compose his heart.

“Don’t you be leaving your sorry’s all over the place. I’m not picking them up. Aunt Celia said you’re always leaving parts of yourself behind. Like your energy. Little bits of your light scattered everywhere. Now you’re leaving me. Just one more piece of something left behind.”

“Once I get my act together, maybe lose this ridiculous stick, then you can come back. Meanwhile, Aunt Celia will take you to school. Pack your lunch and stuff.” He knew she knew. He could tell by the way she hunched her shoulders and held her breath, poised to run. He waited for the levy to break, but Harley held her ground. When she did give, it was with a long hissing sound. Doc doubted the strength of her poison, but wished she would strike and assuage his guilt. She grazed him with a look, turned back to her stones.

“Oh, yeah, I can see that,” Doc replied with more sarcasm than he’d intended.

Harley rocked on her haunches. “I thought if I hung out long enough, they’d tell me a story about mom. Why she went away.”

“Lee, you gotta stop listening to your aunt. Her view of things is a bit skewed, don’t you think? A little too alternative, maybe?” Harley flinched as if struck.

“You’re never going to lose that crutch. You’re going to hang on to it for the rest of your life.”

“Nothing.” She started to hum, but it wasn’t joyful, more of a dirge.

“Who taught you that song?”

“She’s here -- in the rocks and stones and trees. She’s not at Aunt Celia’s. I want to stay here, with Mommy.” She turned to look at him, her head bent unnaturally from her crouched position. Her welling eyes threatened to unravel him, to burn a hole in his resolve like acid. Had Harley kept her eyes trained on him he would have cracked; instead she turned back to her stones, and severed the connection.

“We gotta go,” Doc said. He leaned over for a glimpse of what was so fascinating.

“Harley, honey, the rocks aren’t going to talk to you.”

“Well, what are you doing?”

She raised her palm without turning back to look. Doc’s visual inspection revealed a tiny orange and brown salamander, resting on the rock. He placed the stone on his palm and watched it a bit before growing impatient. Harley stared at the space where a sliver of sunlight held its ground next to Doc’s enormous shadow.

“Well . . .” he said, trailing off, but Harley’s words had sucker punched him, stealing the breath he’d intended to use to finish his sentence. She held out her hand and he placed the rock on her palm. She squeezed her delicate fingers around it, laid it back on the earth.

“I’ll be inside when you’re ready,” he said, and limped toward the backdoor.

Doc turned to look just before going inside. He knew it was the time of the ending for them, but as he watched Harley crouched over her dead salamander and her living rocks, watched the space, the very air around her dancing and swirling, shining as if charged with the light of creation itself, he knew that for her – without him – it would be the time of the beginning.

“Talk to the Stones” is excerpted from “The Quality of Light,” one of three novellas comprising Lazlos’ Six Sisters.

P. J. Lazos is the author of Six Sisters and the recently released novel Oil and Water, an environmental murder mystery about oil spills and green technology. She is an environmental lawyer in Philadelphia. You can read more of her work at her blog Green Life, Blue Water.