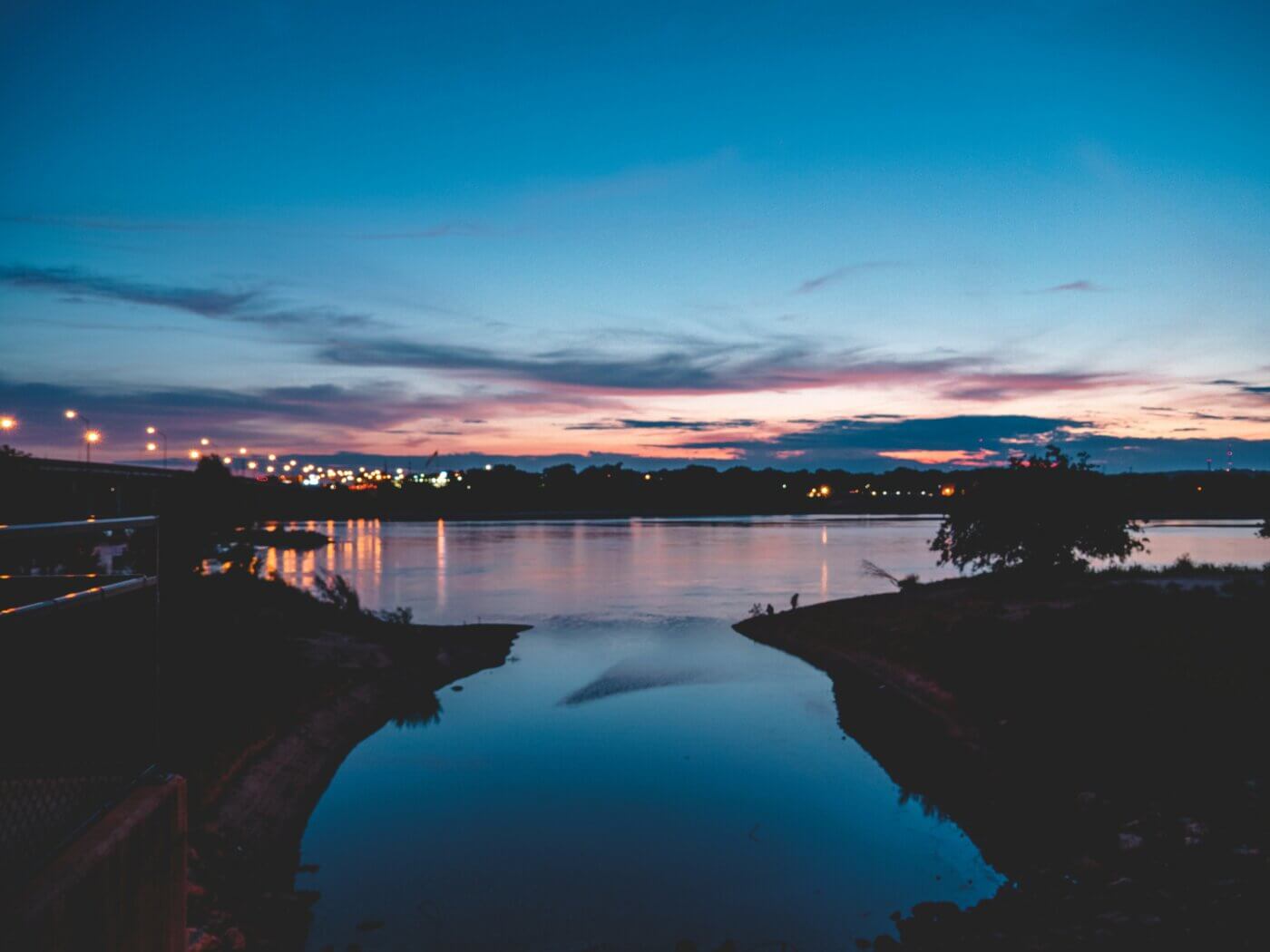 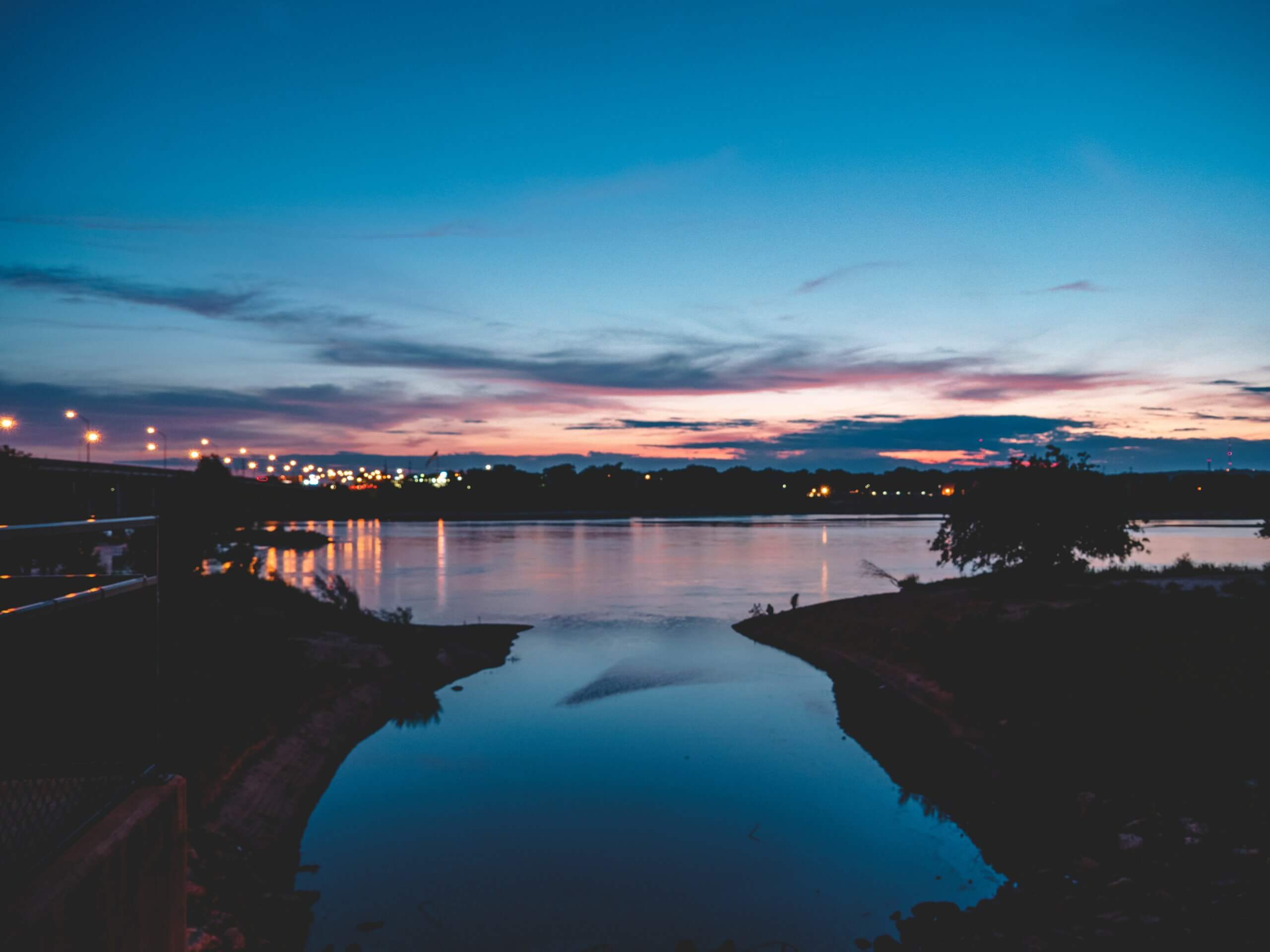 Photo by Drew Harbour on Unsplash

At twenty-three, I packed my car with an air mattress and bedding, a pot and pan, a few dishes, knives, forks and spoons, two small lamps, all the clothes I could fit into a large suitcase, a new pair of hiking boots, and my black lab mix. My sister and brother-in-law pulled their coats tight against the brisk March wind while I finished loading Ziggy. We hugged goodbye in the parking lot of an Oklahoma City IHOP, Kim wiping away tears and Bill smiling warmly. “Good luck,” he said as I closed the driver’s side door. I gave them both a thumb’s up. They waved as I drove away, but their faces were obscured by the words scrawled in white shoe polish on my rear windshield: Oregon or Bust.

After driving for three days, I neared my destination: Lakeview, fifteen miles north of the California border. I had accepted a job as a reporter for the weekly newspaper that served eight thousand square miles, none of which I’d seen. As I approached town, I thought the white-capped hills I saw in the distance were the Cascades, mountains I’d dreamed of since St. Helens erupted when I was nine. At the time, I watched the news with rapt attention, enthralled by a land so different than the plains of central Oklahoma. According to the road sign pointing left, however, these were not sweeping, glacier-covered mountaintops but the brown foothills of Hart Mountain National Antelope Refuge patched with snow. Maybe it was exhaustion, but suddenly I felt vulnerable in the face of reality. Doubts about my decision to move here began to creep in.

The newspaper had arranged for my housing, a single-wide mobile home on the outskirts of town, two miles from the office. It wasn’t what I would have picked, but it was mine. As I unpacked my things, I tried to allay my doubts. It was natural, I told myself. I was just nervous. My dreams of a new life were waiting outside my front door. Everything would fall into place if I was patient. There was still the gynecologist visit to make, a needed follow-up on the results of a routine pap test I had before I left, but my doctor had told me not to be concerned. “It’s probably nothing to worry about,” she said.

Goodnight cow jumping over the moon

I wrote my first story for the newspaper, the struggles of a sawmill to stay open amidst restrictive Forest Service rules of the mid-90s. The mill was one of two remaining in the county. If both closed, Lakeview might die along with them. As I worked on the story, I brushed aside worries about my upcoming doctor’s appointment, repeating my doctor’s words like a mantra.

And the red balloon

Six months earlier, two tons of ammonium nitrate were purchased from a farm co-op in McPherson, Kansas, and eight cases of explosives were stolen from a rock quarry forty miles away in Marion. At a drag-car racetrack near Dallas, three fifty-five-gallon drums of nitromethane fuel were paid for in cash.

To get to my gynecologist appointment in early April, I drove over Quartz Mountain Pass and then Bly Mountain Pass, both five thousand feet above sea level. Rain pelted my windshield and gray skies hugged the road, shrouding Douglas firs that loomed on the hillside until they looked like ghosts. The rain turned to slush and then to snow. A native flatlander, I gripped the wheel and leaned forward to see better, fearing I would miss a curve and plummet to my death. Gloom surrounded me on all sides. I felt trapped in a snow globe turned bad.

While I waited for my results, a twenty-foot-yellow Ryder truck was rented in Kansas to a man who paid in cash for a one-way rental to Omaha. Instead, he drove south.

A few days after my trek across the mountains, I stood in my kitchen, phone pressed to my ear, struggling to focus on the doctor’s words. Cervical cancer. He was as shocked as I was but explained that with the standard treatment, over ninety percent survive past the first five years. As he spoke, I became mesmerized by the ripples of wind through the field of wild grass across the road, struck by how it reminded me of the tallgrass prairie rippling in the Oklahoma wind. It took a moment for his words to register: the standard treatment was a total hysterectomy. Without it, I would die.

That night, I sat on my air mattress, wine glass in one hand and the other resting on Ziggy’s head. As high desert winds howled past the metal walls of the mobile home, I stared into the dimming flame of a candle, willing it to foretell my future before it snuffed itself out. I was too numb to cry. I had never envisioned having children, but now the option was gone, and it left a hole larger than I ever imagined.

Since I had no friends in Oregon, I would have my hysterectomy in Oklahoma City where I could stay with Kim and Bill. Since I had no health insurance, they offered to pay for my surgery. On April 19, 1995, I checked in at the airport for my flight back home. I handed over Ziggy, and as they placed her crate on the conveyor belt, I wanted to crawl onto it and slide away with her. When she disappeared into the hold, I nearly wept.

We landed in Tulsa where I lived before moving. As I approached baggage claim, so happy to have Ziggy back I’d forgotten about my reason for being there, I saw my friend who was picking me up. She’d been crying, and something told me it was not for me. Her face was puffy, cheeks stained with tears that had turned her eyes red.

Earlier that morning, the man with the yellow Ryder truck parked it in front of the Alfred P. Murrah Federal Building in downtown Oklahoma City. He got out, locked the door, and walked toward a car parked in an alley next to a dilapidated warehouse. On the way he ignited one fuse, and then another with a remote switch.

For six hours, while phone lines were restricted to emergency calls, I didn’t know if Kim and Bill were safe. I finally reached Kim later that evening and learned Bill, a partner at an accounting firm downtown, had stayed home from work. He said it wasn’t that he didn’t feel well; rather, something didn’t feel right about the day. The blast shattered the windows in his firm’s conference room, which ordinarily would have been filled with the partners for their weekly meeting.

A week later, Kim and I met with a gynecologic oncologist located near the Murrah building. As we walked through the parking garage toward his office, the air carried the putrid stench of death. Rescue teams continued to pull bodies from the rubble. Three days before my surgery, Newsweek published a special issue on the bombing. The cover showed a firefighter holding a baby’s lifeless body. Among the nearly two hundred people killed, nineteen were infants and children, most from the building’s childcare center. A worker who was off shift that day told a reporter the babies loved to grab at sunbeams as if they could catch them. I grieved for those children and for the children I would never have, children who would never know a ray of sunlight.

I returned to Lakeview with Ziggy a month after my hysterectomy. I lasted a few more months at the newspaper until I was let go. Maybe I got myself fired on purpose so I would have a reason to continue moving forward, this time to Eugene, an hour from the Cascades. I loaded my car again, but now Ziggy had a traveling companion, a fluffy black kitten I found outside an old schoolhouse while covering a fiftieth Lakeview High School reunion. I named her Pandora because having a dog and a cat was like opening Pandora’s Box. But more likely, it was because I felt like I had opened my own Pandora’s Box by moving so far away. I had never felt more alone. Yet I refused to give up on my dream, despite how distant it had now become.

In Eugene I volunteered for AmeriCorps, accepting a placement with a volunteer reading program for low-income students at an elementary school. Volunteers read to the children each week, and I filled in when volunteers were absent. I got to know most of the children and let them pick their books when I read to them. Each time a child picked Goodnight Moon I nearly cried. I loved that book and pictured reading it to my own children at bedtime. After opening the reading room one morning, I learned a fire had broken out the night before in the home of a kindergartner and a second grader. There were deaths, but no names had been released. We didn’t serve every student at the school, so it was possible the children were not in the program. Then I saw the evening paper with pictures of the deceased: two sisters and their mother. I had read Goodnight Moon to the older sister a week before. So many children gone in less than a year, the one I knew and the ones I would never know, including my own.

After two more years of struggling to make a new life in a new place, I moved back to Tulsa. Life was too fragile to live it searching for something that existed as a vague notion. Eventually, I bought my home on a couple of acres overlooking a lake surrounded by hills. Not mountains by Oregon standards, but they’re all the mountains I need. I married my husband, a fellow pet parent, and Ziggy and Pandora lived to old age here. Over the years, we have acquired eleven more dogs and six cats. Many are still with us. The hole I felt when I learned I would never have my own children has faded, but it will never disappear. I still get choked up over commercials with parents playing Santa at Christmastime. I think about what might have been when I see pictures of my friends’ grown children gathered around the Thanksgiving table. But as I look around my own table, I’m grateful for the family I have. Grateful I survived.

And goodnight to the old lady

In what was once the parking lot of the Murrah building stands a lone American elm. The blast cleaved its leaves from their branches. Its trunk became a pin cushion for glass and metal shattered into buckshot. But the tree still stands as it has for over a century. It is the Survivor Tree, a testament to resilience.

I cuddle our dogs and cats like babies, even our ninety-pound Golden Pyrenees mix. They follow me to our bedroom, and I bend to kiss them after they pile into their beds. I take comfort in the sound of their bodies rustling to get comfortable, their sighs when they find the right position, their soft whimpers when their dreams begin.

Krista Schumacher’s creative nonfiction has appeared in Reunion: The Dallas Review, Fourth & Sycamore, and in publications on Medium. She earned a Certificate in Creative Writing from the UCLA Extension Writers’ Program in 2022 and holds a Ph.D. in educational psychology. She is a public health researcher and professor at Oklahoma State University.