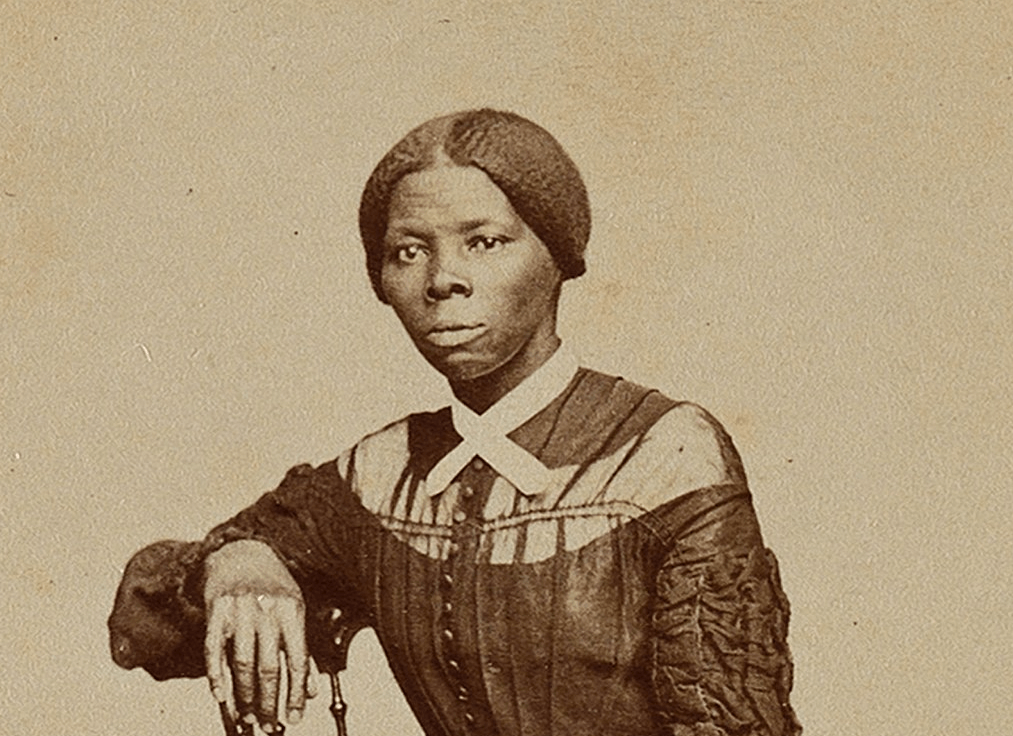 A Tribute to Harriet Tubman

your deep eyes pierced the daylight

*Araminta, defender of the people

when you crossed the line to freedom, the stars opened up all around you

something in your heart made you pause, turn around, breathing

you caught your breath

you closed your eyes

the air felt different in freedom

after you crossed over, you could not forget

in the far distance you could see home lights burning

remembering their eyes beckoning in the darkness

remembering the scars running down their bodies

you could not be free, until they too were free

you had to turn around, traveling deep in the night

walking through the fields that your father had taught you about

returning with your great strength

when you could have easily stayed North,

when you could have rested, you journeyed back

It was God that kept you moving through the darkness

It was God that moved inside your spirit, making you strong and stronger still

you were unstoppable, with bold, fearless eyes

even though the dogs crept at your back

the dogs hunted you all through the night

your bravery kept you moving

it was God that gave you clear vision

it was God that gave you irrepressible energy

moving forward, even though your feet and hands became blistered

holding your hands together in prayer

you spoke to the people

when you spoke, their voices became hushed

they were captivated by your power

your steady, deep eyes, drawing them in to listen

with their sadness, you gave them courage

Coming for to carry me home

you put the possibility of freedom into their spirits

they lifted their eyes

slowly, tentatively they followed you

first one, then a handful, twenty people

you took them with you

bold in your movements, smart

you knew how to listen for betrayers

you knew how to listen for the right wind

you were their guide under the starlight

when you touched the stone with your bare hands?

moved by the cloud’s shape

or the dancing spirit of a young child

In a garden of yellow wheat

you found your rhythm over the stone

and kept to it

Your arms tracing a secret line

on the cool quiet space

a space not marked so much by time

but by ritual and questions asked

how does the sculpture sit on the stone?

how does the water fall in the open garden?

you loved the silence

making your own private circle among small pebbles

here there was the lack of interruption

you could concentrate your hands

on that small space of light

as the orange and green leaves unfurled through the breeze

where you could breathe

touching harmony with your hands

You are gypsy with dark hair and heart spirit

With an undercurrent of passion in your steady, brown eyes

You are gypsy under gray clouds, among green trees,

You are gypsy, dancing to appease no man

With silhouetted image and quick steps

Stamping out secret rhythms on the hot, red earth

Stamping your pain out onto the concrete ground

Dorothy Johnson-Laird is a poet and social worker who lives in New York City. She received an M.F.A in creative writing from Sarah Lawrence College. Dorothy also has a passion for African music. She has published music journalism with worldmusiccentral.org. Recent poems were published by BeZine and Fresh Words Magazine, among others.