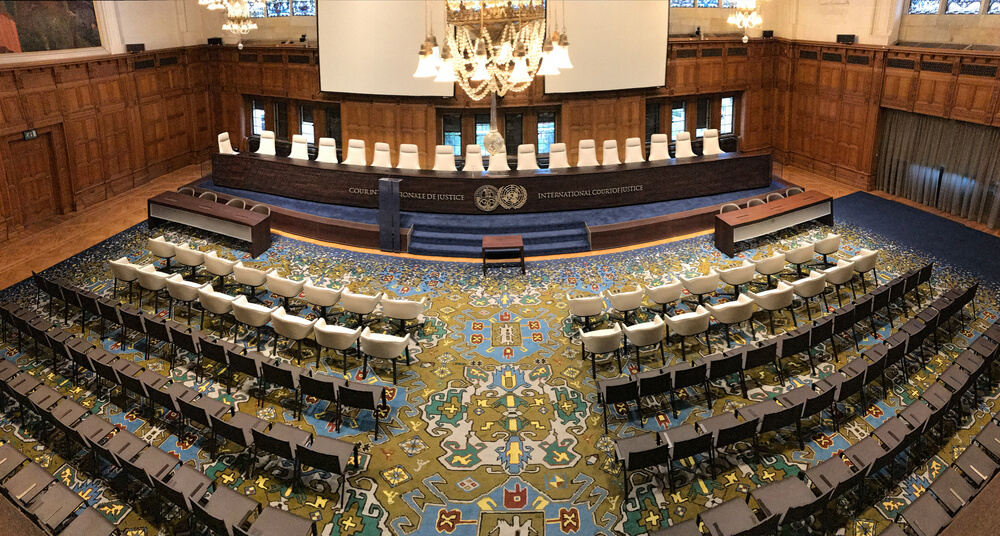 In an odyssey from colonial servitude to independence, Mariano is best friends with Leopoldo Seixas, Avambia's first president. But in his pursuit of power, Seixas begins to lose sanity and his increasingly inhumane and dictatorial behavior eventually causes Mariano to no longer recognize the man he once called friend.

International Court of Justice, The Hague, 1994

“Mr Seixas, as you are well aware, you are charged on an indictment containing nine counts. These charges allege you are everything from a brutal slaver to a terrorist. What do you say in your defence?”

The accused did not stir and in his sunken eyes caressed by the deep unflinching creases in his darkened skin, one could see the dying flames wrought within him, the last embers of a fight long finished but refusing to burn out. His back was just as stern. From the windowed conference room behind the accused, Mariano gazed at, perhaps for the last time in his life, his old friend. His hair had been cut and greyed from the last time he’d seen him, and the fat rolls on the back of his head revealed his penchant for a good meal when most in their home country could afford no such fat to their limbs.

Finally, the accused spoke and with his baritone voice the atmosphere felt whole and alive. “My good sir,” he started. “I have toiled my entire life from the day I rose for my homeland to defending my people under rightful, free direction. These acts… these acts this folly court does allege me of, they are fallacies. All spread by the new government, corrupt and quenchless in their attempt to shackle me.” From the central television in the conference room, one could see his smile, wretched and mischievous.

“I have not finished.” He cleared his throat. “Whence Avambia was in all her times of need, I did raise my shield in defence of her without any, any care for anybody in the world should they hurt my people. These, sir, are the politics of war and revolution. I have done nothing but love and nurture my country as any father would have done to his new-born babe.” He paused and the lawyer did not dare to interrupt. “Yet here I sit, in the presence of the same imperialists who once traded us away, who once spat on our faces, and who once raped my country rotten. So yes, if I am guilty of trying to keep my country from the carnage poured onto us from our shores, so be it. You cannot accuse a man of being dutiful to his land and to his people. A terrorist? Bah! What do the western overlords know of my country and how we do things? Africa does not goose Europe in its affairs, so why is our continent slaved to Europe and her beliefs and laws?”

“With respect, Mr Seixas.” The lawyer began with each word in calculated prose. “This is an established court, not a political rally. Your politics are your own, but the allegations in these counts are serious, and a political damnation will be impervious to what occurs today.”

“Have you heard nothing of what I have said? Will you hear me? I know well enough that­…”

Mariano hung his head low and sighed out of his nostrils as Leopoldo made his rant to the frozen court. Does he think he is talking to one of his wives? No sweet lies can save him now. Oft as it was that his handsome demeanour could wisp away a follower, a lover, or any admirer of his, it did not work so much in the council of those who sought to do away with him. Like thirsty sharks in his watery grave, they would eat him alive before he truly comprehended anything. Such was the way things went and such was the way things will be.

The court was silent and the eyes of those upon it were growing weary. Again, the lawyer pushed on. “Mr. Seixas, if I may steer towards one particular allegation. There have been numerous reports from the time you began your tenure in the year 1975 to little more than two years ago of forced labour camps in the diamond mines of eastern Avambia.” The lawyer spoke steadily, unperturbed by the demeanour of the accused. “In fact, in 1989 a group of foreign journalists had—”

“These workers were paid, and they were paid well, and their families were taken care of. That much I can assure you. To say that I am some sort of what you referred to me earlier, a slaver. Now that is absurd, and I completely reject the accusation. There is no evidence…at all, to suggest this accusation. The people of Avambia are paid for whatever work they do under the sun, and there is no damned slavery in my country. Slavery, as all Africans will tell you, is the work of white imperialists, you. Not the native-born sons of Avambia.”

“And the charge of ethnic cleansing? Of genocide?”

“All ethnic groups are equal in Avambia. I would have never disrupted the harmony our country enjoys. These killings you heard of, that was not me but rogue groups left over from CRIA.”

“The raping and the pillaging? You reportedly executed a quarter of the population of Nova Évora for so-called collaboration with CRIA.”

For a moment he said nothing and then let out a grim chuckle. “War is war. Civilians are not innocent creatures but capable of collaboration and spying. But even then, these exaggerated tales that my enemies have spun about have followed me since time began.”

“So, do you mean to say that you deny those charges?”

“Every one of them.”

The lawyer sighed. “So be it.” He cleared his throat. “Mr. Seixas, members of the court, I present you with a witness to these crimes that Mr. Seixas has denied. Please welcome Dr. Mariano Lebopo, former health minister of Avambia..”

Mariano rose from his seat in the windowed gallery amid stares from the foreign journalists that sat around him, and  he made his way to the entrance of the courtroom where a tall man with glasses by the door awaited with a Bible in his hand.

“Are you ready Dr. Lebopo?”

“Let us hope. God give me strength.”

The man opened the door to the court and followed Mariano to the witness’ table. Already, Leopoldo’s red thundery eyes, supported by a closed jaw as tough as granite, were on Mariano. Surely, his piercing stare was more menacing in person than on the pixels of a television screen. For a moment, Mariano saw a twinkle of disbelief, perhaps even a plea, but Leopoldo’s nose twitched up, and he knew then that only disgust and hatred was left. He did not expect me to be here. Mariano stood before the court on the right of the lawyer.

“I solemnly declare. . .” Leopoldo’s glare was unabating, but it did not deter Mariano now.

“That I will speak the truth.”

“That I will speak the truth.”

“And nothing but the truth.”

“And nothing but the truth.”

Mariano gulped and looked at his old friend once more. Silence filled the chamber as he could see the journalists in the windowed room behind Leopoldo edge closer, some with their translation audio pieces in their ears.

Mariano’s lip quivered for a few seconds before he relaxed his shoulders and composed himself. “I stand before you today to tell you of the crimes committed by my estranged president—Leopoldo Seixas.” He started slowly and glanced at Leopoldo once again. Unyielding in his glare, Leopoldo sat opposite Mariano and was dressed in his grey double-breasted three-pieced suit. “But to do that, I must also defend him in part, for this man today is not the Leopoldo I knew in the days of my youth. My Leopoldo was not the mangy lion that stalks the nightmares of children now left without mothers and fathers, or was he the demon that left tens of thousands to die of starvation as he supped on wild roast and port wine.” He glanced down painfully but went on. “To understand the monster that sits before us today, you must understand the man who once sat in his place yesterday. The man I was proud to call my best friend.”

Joaquin Bernal has had a lifelong passion for the arts and literature. Always interested in larger themes of the intersection between the human experience and a shifting world around us, he finds inspiration in his travels and historical contexts. Seeking to provide a global scope to whatever he writes, Joaquin has always found enjoyment in writing literature set in other places and other times. He earned a BA in International Studies from American University and currently lives in Baltimore, Maryland.