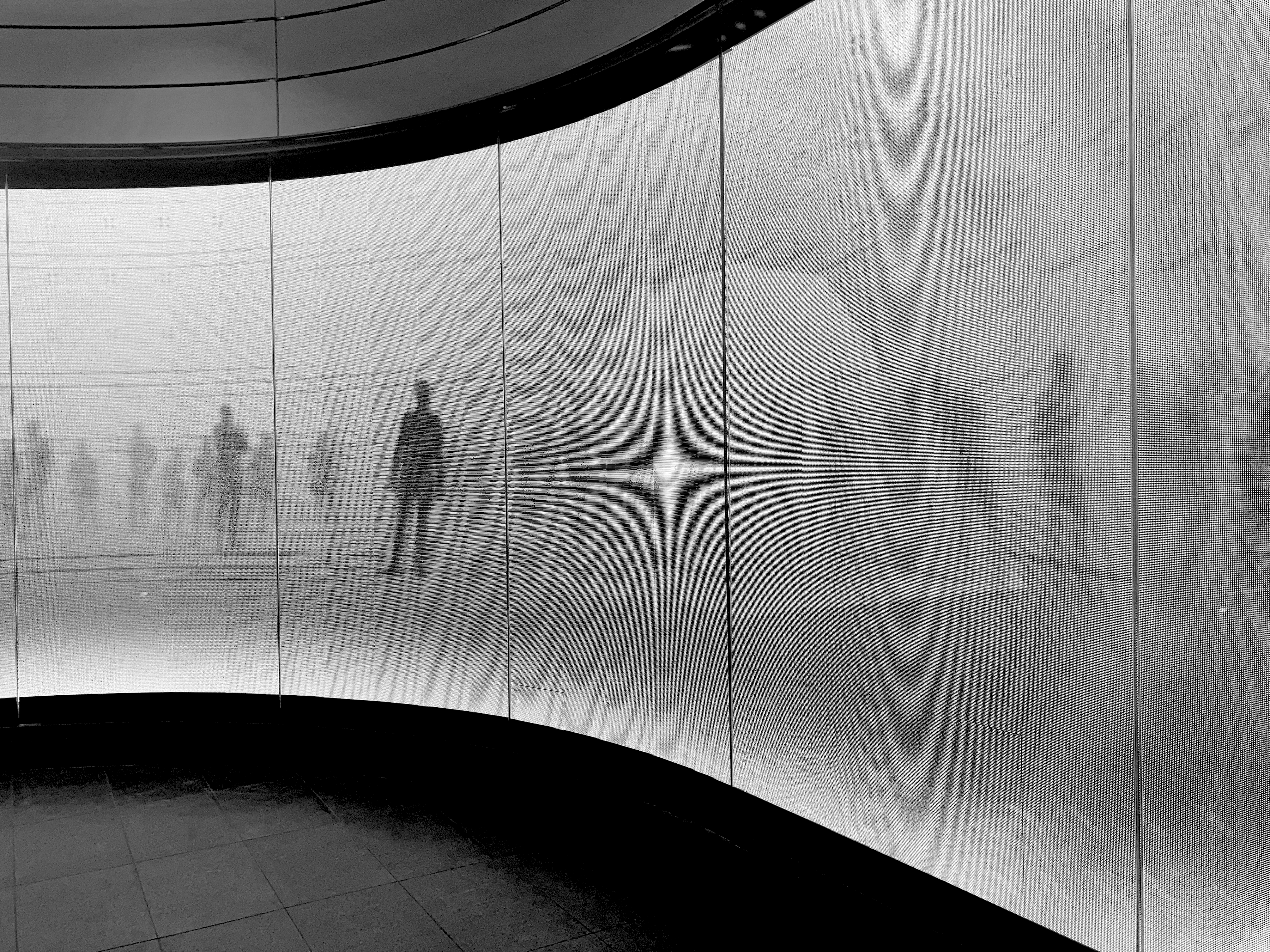 Image by Rose Makin on Shutterstock

I want you to know I honor

each of you, how your shadows

just after dawn, how you

or to rain, how you never lower

your standards, or your arms.

would fail beneath your gaze.

For once you are bolted

to your mortared foundations,

you're as solid as any brown–

whether your people miss

you, those you left behind

on some fiberglass Atlantis?

Do they mourn the loss

of their diaspora, far off

selling tires in Peoria or

But let no one deny your

inner life, for frequently I see,

going in and out, the sparrows

dry grass, and later seeds. For

deep inside of every giant,

recreated this and every spring–

those warm and tender nests

On the Burlington Formation

In Fifty-Five, the roads Joe Fay built were straight

and hard, and weathered to gold under August sun.

But nobody said "paved with gold," no. We never

said that. No. Paved with Burlington Limestone

is what they were. Paved with fossil crinoid stems,

but here's the thing, with iron, too. But not like

the iron Joe'd seen in rails running through Topeka,

but molecules dissolved in a prehistoric sea that

settled, accreted on and among those rotting animals

from a parlor table where a loved one's body

had been laid out for viewing. A mother weeping.

A father silent. His little daughter, bereft in shadows,

clutching the back of his pant leg, peering out,

while a somber chain of neighbors sidles in,

around the table. Glancing. Weeping. A bent knee.

Shaking. A hug. It all blurs for her. She

wants to fall asleep, into a sleep of years, a sleep

so long, so long, she could turn to limestone.

The Burlington Limestone stretches across Missouri,

but don't look, as you won't find it, along the

Ozark Uplift, above which its strata eroded clean away.

But look for it in western Illinois, from Quincy

in the Old Pioneer Cemetery a limestone marker,

from a group now fallen over, or knocked down

Are these the family who died in days

of one another? A sleigh accident, was it a sleigh?

Did you hear of that family who died together?

They are buried here somewhere.

but the marker still standing has a trace of iron

in it, on it, like a bloodstain from a wound. Not red,

though, not red. And not the deep rust color of

new dried blood. Not even pink. No, it's a kind of tan,

a golden trace, like blood on cotton cloth that's been

washed a hundred times, scrubbed on a washboard,

the mother's hands growing red, as red as her eyes.

it glows like gold we have read about in Heaven.

And now I am so lonely

For the air I want to breathe.

- James Wright (from "An Elegy

for the Poet Morgan Blum")

They did not tell me that the very

would change in the last decade of my life:

to me or away,

according to an oak leaf's pitch

or how a cloud skidded above the Illinois River;

that I would want to inhale chilled air

the same time my feet

or the spores of Spanish moss;

that a certain kind of breeze,

to bring on relentless sobbing; or

that, in these eldering years,

a steel gray blast could afflict

the sprouting branch of everything I wanted–

with bewilderment, with wordlessness,

with distances beyond measure on maps

–of these changes, I swear, I was never warned.

Dumbly now, I listen for

the beginning of the barred owls' mid-winter silence,

how they protect their young

by calling no attention to their nest.

And so I hover, too,

piled alongside my hatchling grave.

[ * Phenology is the study of periodic natural cycles. ]

Steve Fay writes poetry and prose fiction, and makes photographs. His collection of poems, "what nature" (Northwestern UP, 1998) was cited by the editors and board of the Orion Society as one of their 10 favorite nature and culture related books of the 12-month period in which it appeared. His work has appeared in "Ascent," "Field," "Beloit Poetry Journal," "Spoon River Poetry Review," "Hiram Poetry Review," "Hamilton Stone Review," and "TriQuarterly," as well as other journals and anthologies, and is forthcoming, or may have recently appeared in "The Comstock Review." He lives in Fulton County, Illinois.