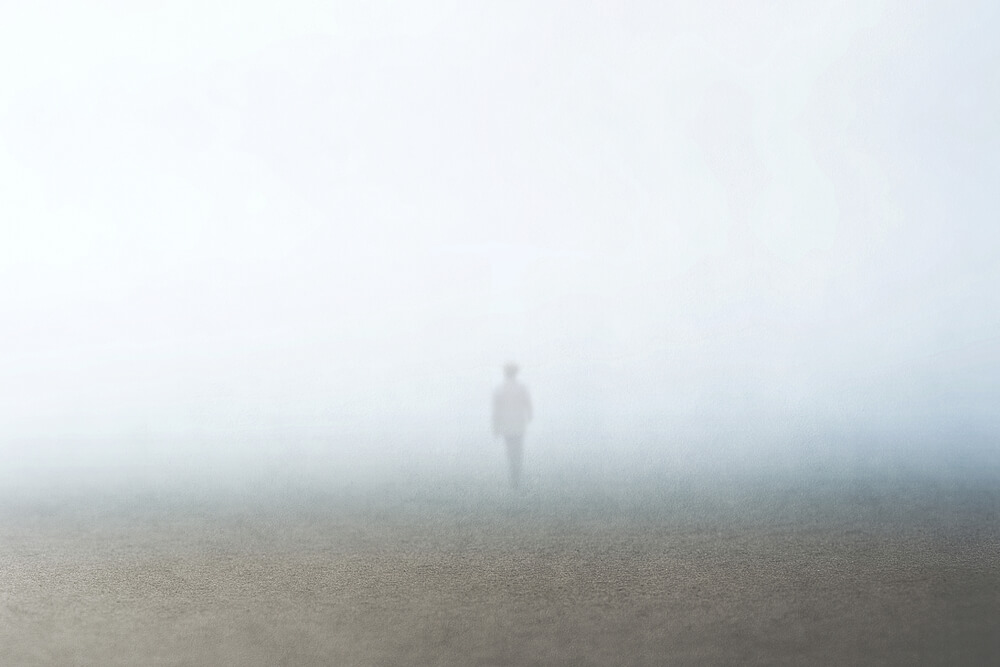 Image by fran_kie on Shutterstock

It’s always been remarked upon in my family — by family I include all my cousins — that whenever there’s a large gathering, my brother Bobby, youngest of all the twenty-one cousins, will slip away unnoticed, thus aptly demonstrating the “Irish Goodbye.” He began his disappearing act at the age of two and a half. We all remember the time at the summer home in Hull when all the Gildea cousins were sent throughout the neighborhood to find him. Sounding much like the call and response that birds use to communicate with each other, echoes of “Bobby!” could be heard near and far. Finally, someone shouted, “I found him!” We all raced toward the sound, arriving to see Bobby poised at the edge of an inground pool. Ever since, one or another cousin will ask with intended mirth, “Where’s Bob?” inevitably provoking warm laughter. I always laughed. But lately, I haven’t felt so much like laughing.

As the youngest of seven, Bobby learned from an early age to be self-sufficient. He was making his own breakfasts at the age of three; we are quite happy (but surprised) that he didn’t burn the house down or set himself on fire, as he teetered on a step stool to scramble eggs on the stovetop. I know that this observation will invite a tsunami of criticism, but it happened — just once — that Bob spent a whole day on his own. . . at the age of three. Mom had left for work, Dad had left either for work or for some undisclosed place in the city, the rest of us had boarded buses for school, and the babysitter never showed up. Whose particular responsibility it was that day to do the hand-off is lost to history. I suspected he just kept eating toast all day because the toaster had been moved from its place on top of the kitchen table to the floor; beside it lay an opened loaf of bread, a knife, and a plate with butter on it.

Bobby is the kindest of us Morrisseys, something we all agree on. He’s also the least judgmental, capable of great empathy. His empathy extends to the animal world, as well. As relaxed as he seems to be in the company of others, especially the friends he’s had since childhood, he very much enjoys his moments of solitude. It is not unusual, during hunting season, for him to pass an entire day sitting in the middle of the woods on a tree branch with the rough trunk digging into his back. The sounds and movements and images around him caress and soothe like a lullaby; they are what he understands best in this world. It may be that long ago he found people incomprehensible and therefore stopped trying to make sense of them. People can be vexing. . . and sometimes downright mean. The rules of engagement seem less clear than when dealing with deer or fish. His compassion for the animals he hunts may seem contradictory, but I’ve observed his predator-prey relationship, and I’ve had conversations with him that have helped me to understand his tenderness and respect, all in compliance with the implied covenant that humans pledge with regard to wildlife.

Bobby’s trust in people was battered too much when he was young, so now, rather than be hurt by people, he maintains his distance. He followed six older siblings who had already staked their claims and sponged up all the parental love before it dried up and all that was left were the detritus and bitter remnants of a marriage that one could argue shouldn’t have happened in the first place. And one by one, his closest allies — the ones he trusted most — left the nest. He was left with no buffer between him and the relentless maelstrom, though I suspect we did a poor job in mitigating the harm while we lived under the same roof. We should have done more, but we had our reasons, and my cowardliness is an enduring burden. Emerging from childhood, Bobby was left with a hole in his heart and great uncertainty about what his just deserts might look like.

We’re a close family, and we’re good to each other, but even so, there are locked rooms within each of us. We understand instinctively not to probe too vigorously. And now that we’re all of an age where matters of mortality and illness and well-being take up a sizeable portion of our thinking, there’s a greater sense of worry about the more vulnerable among us.

When Bobby was young, I was his “little mother,” attending to his needs whenever Mom was otherwise occupied. He was my responsibility. I’m nine years older than he is, so when he was born, I was at that perfect “mothering” age. By then, I’d had years of practice with my Thumbelina doll; I always thought that that was the reason Mom trusted me with her tiny infant. A more plausible reason was her consuming exhaustion; any offer of help would have been welcome.

Diaper change was the first skill Mom taught me. (She was no fool.) If it meant I could choose his next outfit and dress him, I was happy to oblige. When he was only about one month old, I thought I had broken him when in the course of changing his diaper and onesie, I forced his tiny arm backwards. He shrieked, and I scooped him up and held him tightly. I can still recall everything about that moment — the changing table, the flowered wallpaper behind, the onesie, Bobby’s tiny little body, that miniature arm, his scrunched up face as he shrieked. As he grew, I learned to prop him expertly on my own hip, soaped up facecloths to tend his scraped knees and elbows, and sometimes his chin, pinched his little cheeks when he disintegrated into tantrums, and taught him to tie his shoes. No one can claim to have taught him to ride a bicycle; he taught himself. . . on my bike.

As much as I’d like to think I was the most benevolent of sisters, I didn’t always behave admirably. Some of our “playtime” together was really rough. . . on my part. In particular, when Bobby was a toddler, he loved to be spun around (yes, by his little arms) and released so that he’d fly (through centrifugal force) above the lawn. It was great fun every single time until he hit the ground and had the wind knocked out of him. Each time, however, he ran back and eagerly asked for more. To him, the pain upon landing was well worth the exhilaration of flying through the air. It’s as if he’d already learned that life was full of highs and lows, joy and anguish.

I know this is a morbid thought, and maybe I’m the only one who dwells on things like this, but I often evaluate how I would feel if such-and-such sibling died, or this other one died; how would I react? It always comes down to this: if Bobby died, it would break me.

When he admitted recently that he would not get vaccinated against COVID, I had hoped I could appeal to him using sound reasoning. When that failed to make an impression, I expressed it with every ounce of feeling in my body, telling him, “If anything happened to you, I couldn’t take it. Please, Bobby?” In the past, it had worked.

It wasn’t enough. And I realized that as much as I was still thinking of him as my responsibility, he was beyond my reach. And I wondered where he would disappear to this time. . . and for how long.

Joyce McKenna is a retired public school educator with nearly three decades of classroom and leadership experience. In her retirement she alternates her time between writing personal essays that often center on her large, Irish American family, pet ownership, and local history; and her volunteer work at a cat shelter and her local historical society. Her pieces are at times serious and other times droll, and she entertains a small but loyal following of her blog, Scosche of Class.