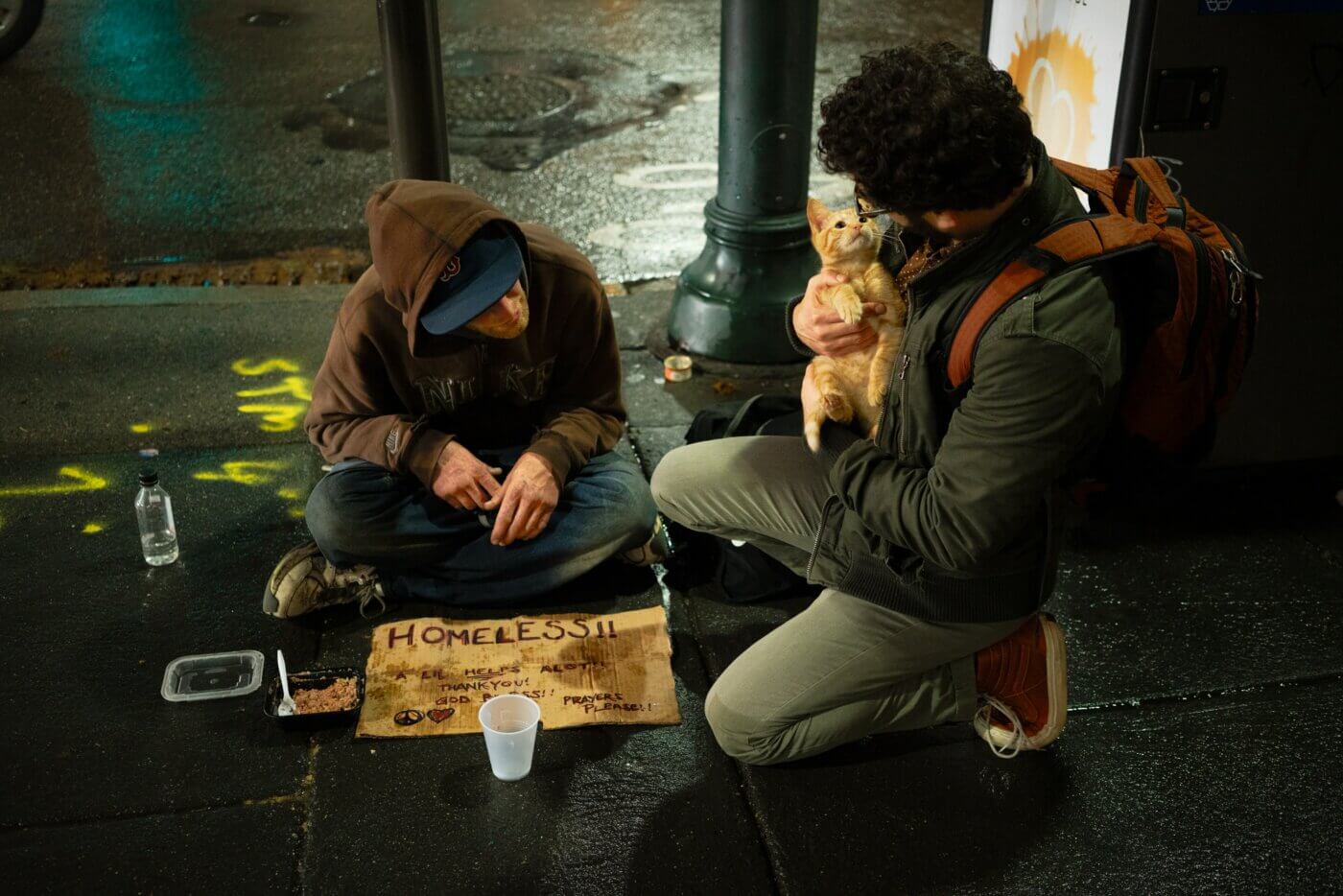 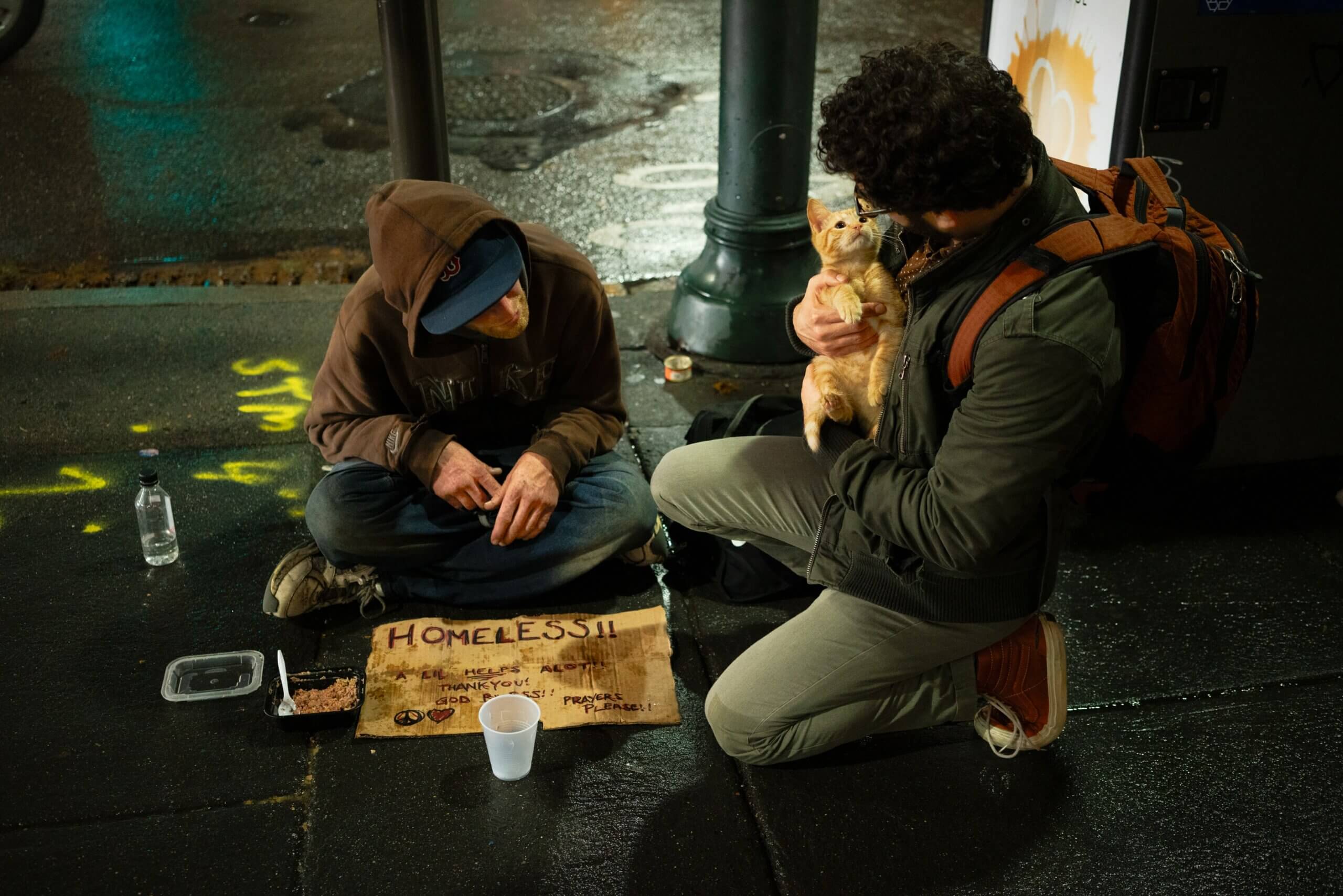 Photo by Zac Durant on Unsplash

Do your eyes discern my halo? The world at large seems blind.

One group calculates its commerce, one simply stays alive.

Commuters worship clocks not God. They rush to be on time,

to please the office master who pursues the bottom line.

that virtue lies in luxury the costly and the new

but should I ask life’s purpose I'd suspect that no one knew.

I am to them unseen although faith traditions teach

That I will one day seem their peer despite who I am in fact.

compassion for another, the cause that brought me back.

Their neighbors live in parks or on the streets in tents.

“We navigate around them. They don't take much space.

They don't speak so we don’t hear,” a harmony pretense.

We play lotto on the lunch breaks from our unfulfilling jobs,

scramble home to catch the news of problems we can't solve.

concocts in the fetching stew of conspiracy and filibuster,

Wrangles in the Congress, rulings of the Court,

conniving by the parties becomes the new blood sport.

Football, hoops, or hockey place your bets and don’t forget.

as prelude to the work day that exalts no one at all.

As our capitalist economy displays its show of strength,

embody love in word and deed with patience and attention

that transcends your occupation, sharing warmth amid the cold

of a complacent nation grown complicit in democracy’s decay.

Lift up other people as you can, fly solo when you must.

Live my Sermon on the Mount and heed the conscience call.

Be the change as Gandhi said, be whom you're meant to be,

Our sacred creed the guidance for all eternity.

An elder white-haired guy arriving at the station crouched to

shuffle fingers through his duffel’s bottled water snack or map

my soft voice seeming silent until he straightened up but then

he paused and cocked an ear as he perceived my vocal tone.

It startled him to note I stood without a friend,

no briefcase or a backpack, my hip pocket held no phone.

The Salvation Army's wardrobe put the faded jeans on me.

A checkered shirt across my chest, no designer brand to see.

I spoke to all yet none till found by him alone.

Others scattered like the sparrows to do important things,

humans ever questing for the carousel's brass ring.

The ubiquity of sidewalk tents in Washington proves

Our brothers, sisters, huddled in, with their children, too,

their Trident submarines. Cold hands are in your pockets,

pasted to your heart. You bought the snake oil salesmen's

and lament the crisis if you're pressed but that is mere façade.

I'm fed up with the platitudes. Deeds matter more than words.

I sacrificed my life for you. Now the bill comes due.

That one old man approached me, perchance sensing who I am.

before he framed a question fraught with import for the crowd.

must be invisible to others he thought should hear my call.

That could be a first stride toward redemption for them all.

God has blessed me I assured him. Please know that I'll be fine.

My companion shook my hand and hugged me. Then we both

embraced in faith that all the people may yet shed the status quo.

As what lies deep in hearts transcends what minds deny,

that if harried human beings slow their pace they'll see

there has always been enough to share, in fact enough for all.

No need for arsenals of weapons nor the bolt upon the door.

Care for and savor one another. Savor peace and friendship

in community as all start living for.