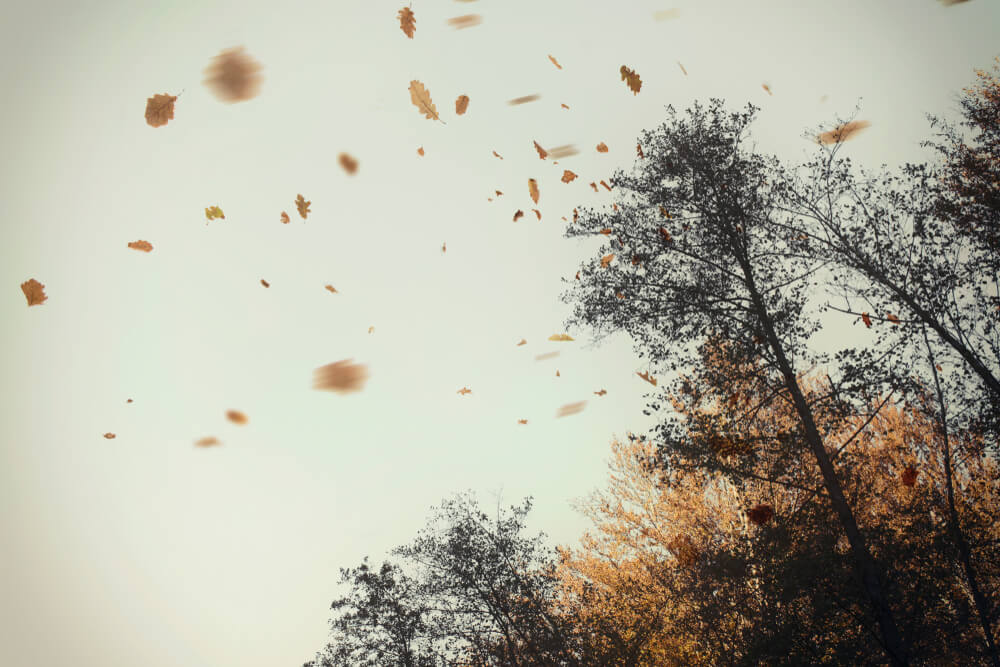 The first strains of the overture

Intrudes on the calm of normalcy.

The key and rhythm suddenly change,

Then revert to the original.

In each cycle, the gusts of sound are

The mood darkens and the pace quickens,

The overture climaxes as a howl

Or dissonant intermingling of howls.

Act I opens with the tenor’s lament,

Raising an alarm that is already too late.

Chastising the foolishness of

The alto emerges with a solemn, dirge-like chant

That drones on as foundation

Upon which the tenor can build

His cold and biting recitatives.

The alto’s chant grows in presence and power

At the very bottom of her range, much lower than the tenor

Whose howls soar to ever greater heights.

Act I closes with a chorus of second altos

Thrumming as power lines or lanyards in a gale,

The single tenor slicing through the thrum

Or the tell-tale sound of deadly winds.

In Act II, the soprano’s voice strikes like lightning on the ear.

Spotlights flash as she moves quickly

From stage right to stage left, never in the same place more than once.

The bass soon thunders into the fray.

They argue as to who is more frightening,

But soon his voice echoes after a half rest.

In four more measures the delay is a quarter rest.

As the storm mounts, chaos ensues.

Their responses are immediate and devastating.

Singing in a double fortissimo unison.

No single voice can be recognized.

Beginning with all four voices

Supported by the alto chorus.

Then three voices of different combinations

Sing of desolation and grief.

The chorus retreats offstage, beginning a chant of grief-seeking hope.

Of condolence and new beginnings.

Then the tenor alone sings of sun and calm and hope.

The curtain falls as wind has subsided to whispers,

The whispers of stagehands

Picking up the pieces of lives torn apart.

The audience departs, echoing the whispers,

Not to be so foolish as to ignore the wind song.

It seems profoundly silly to think

that time could be more full,

for even our most empty of times

are filled with fears or dreams or

unbidden bits of conscious and

This ness, the essence of nightmare and

daydream, lingering in the lengths and

depths of time is a promise of a fullness;

not completeness (for if finished, time

would cease to be time), and not merely the

absence of time, which is equally nonsensical.

It would be a fullness, a time when

time is no longer of the essence, but is

which the gift is held, gathered, born;

a gift that transcends time and thus is

full of whatever the gift is to be, or was,

or is, often and usually at the same time.

But there I go speaking of time again, the

Shadows play with the mind,

not just the eyes, and often

lifespan to set the scene,

to filter the present subtle shading

of uneven flesh through

bruises of clumsiness and cruelty;

running mascara at the whim of

shade upon shade, around curves,

transcending those spots of age

and crackling skin, or not, if

the span is yet short and the shadows

only the play of light on the eyes.

Russell Willis emerged as a poet in 2019 with the publication of three poems in The Write Launch. The Sapphire Prize winner in the 2022 Jewels in the Queen’s Crown Contest (Sweetycat Press) has since been profiled in THE POET Magazine and published in twenty-eight online and print journals and eighteen anthologies. Russell grew up in and around Texas and was vocationally scattered as an engineer, ethicist, college teacher and administrator, and Internet education entrepreneur throughout the Southwest and Great Plains, finally settling in Vermont with his wife, Dawn. Russell’s website is REWillisWrites.com.