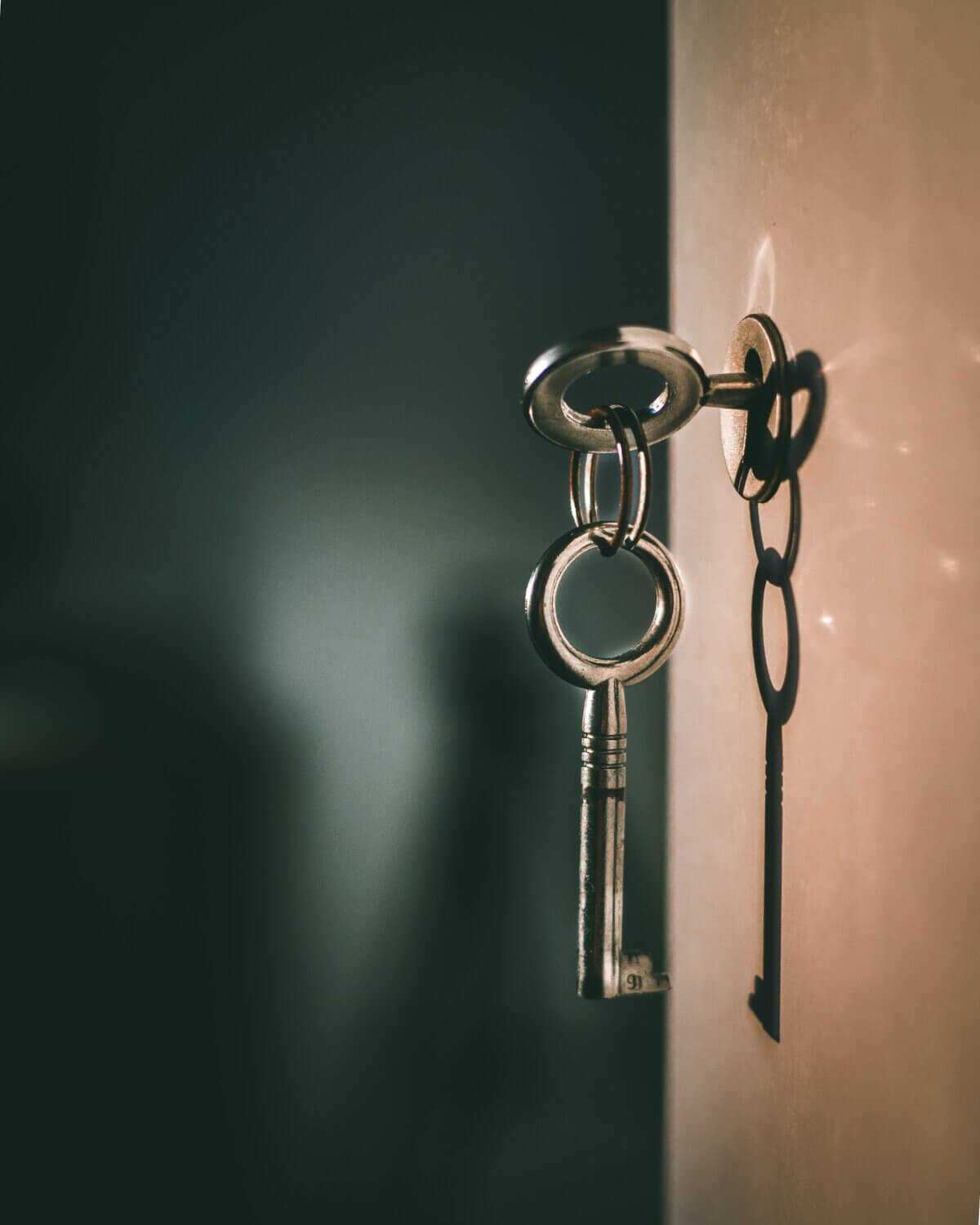 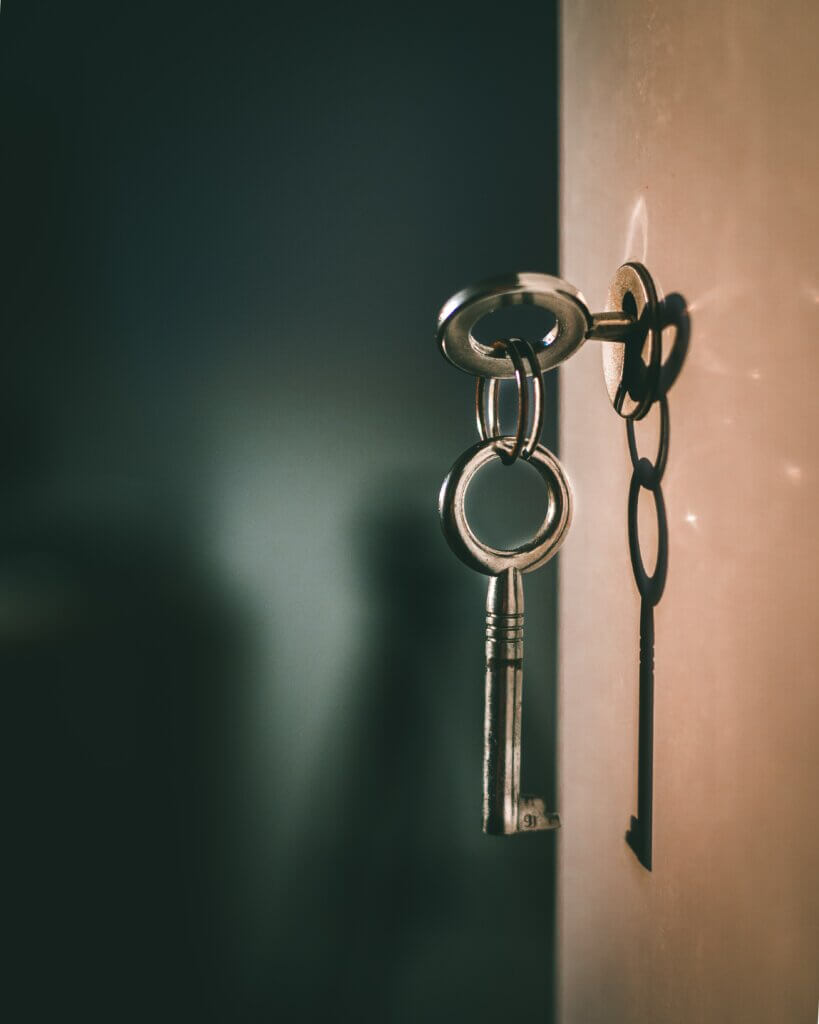 Now that I have finished watching The Lost Room miniseries on catchup TV (actually catching up with a show first screened in 2006), I have a new respect for objects. You know, they are not as simple as they appear to be. They sit quietly minding their own business. But in an indefinable way, they do have lives of their own — as I will try to demonstrate.

In The Lost Room, Detective Joe Miller comes into possession of a key that opens a door to a hotel room where a strange event took place in 1961. When Joe uses the key, he can enter the hotel room as it was before the event but without most of its objects. From the room he can exit to any location he wants as long it has a hinged door and a tumbler lock. Unfortunately, Joe’s daughter Anna is left in the room while her father is outside with the key. When he re-enters the room, she is gone. Miller must somehow gain access to other objects that used to be in the room to bring his daughter back.

What a lot more objects relevant to The Lost Room have in common is that their powers (except maybe for the key and the bus ticket) have nothing to do with the everyday use of that object. Take, for example, the watch that hard boils an egg and the umbrella that causes other people to see the user as someone they know. What I love about these objects is the contrariness of them, and if you would like to know more about other objects and The Lost Room, check out its fandom website.

Even the objects themselves, now over sixty years old, are not our everyday objects. They are almost the stuff of fiction. The little bedside clock in a case that when it is opened stands up is not familiar these days, although my eighty-nine-year-old mother owns one. And bus tickets do not, for the most part, exist in paper form anymore. The TV, of course, is just a funny-looking box when not turned on that millennials would definitely not recognise as a TV.

In The Lost Room the objects reset to their original locations when no one is in the room. Haven’t many of us wondered about that? What do objects do when we are asleep or not there? In the dark, when we are children, they can transform into terrifying monsters. The coat on the back of a door into the bogeyman. The stuffed toy under the bed into a crouching tiger.

Here’s John Banville writing about ghosts and objects in Eclipse, the first book in his Cleave Trilogy: ‘They have their own furniture, in their own world. It looks like the solid stuff among which I move, but it is not the same, or is the same at another stage of existence. Both sets of things, the phantom and the real, strike up a resonance together, a chiming.’

Don’t you love that? A chiming. I think that touches on the Many-Worlds Interpretation of quantum mechanics as do the objects in The Lost Room when the occupant explains to Miller ‘that there are many rooms and that any non-object that is left in The Lost Room is not erased but continues to exist in another instance of The Lost Room.’ This quote is taken from the Interesting Engineering’s blog on the TV series and according to the blog, ‘This is one of the best explanations of quantum mechanics which puts forth two opposing interpretations of reality: The Many-Worlds Interpretation and The Copenhagen Interpretation.’

Since watching the miniseries, I have been casting about at the objects in my life and suddenly they have taken on a new significance. Disposable water bottles are interesting. I now notice that they have a rhythm to their lives. From supermarket shelves to the boot of my car. Sometimes some of them stay there to be used when I take the dog for a walk. Other packs are brought into the house. From the cupboard they move to the kitchen bench, to a carry bag if I’m going out. I place them next to my desk if I’m working and then into the recycle bin when empty. In between times they sit quietly. Waiting.

So do my books, but their locations have more significance. I only have one bookcase, so many of my books are put away in two wardrobes. They are books I might read one day, or books I have read and want to keep. Lying about the house are several piles of books I hope to read in the near future, for instance, on the top of the bookcase in my study and in the immediate future on my dining table. Four books are lying on an old chest waiting to be reviewed, and although Goodreads says I’m currently reading thirty books, I am currently reading only one at this moment in time, which is proving a challenge. I swear the book taunts me, but does it chime? No. But another book did.

Back in the late 1970s I lost the most sentimental object of all. My engagement ring. At the time I was living in London near the Ealing Studios and working at a beautiful English pub with my husband. One afternoon I realised the ring had somehow slipped off my finger, and whilst the hotel was shut for a few hours, all of us (that is, everyone who worked in the pub) searched everywhere: On the third floor where our small one-room live-in accommodation was, along the hallway and down the stairs gripping the age-old wooden bannisters and staring at the carpet, to various rooms on the ground floor that made up one of the biggest pubs in London. I moved beer mats, looked underneath counters and through piles of newspapers, and searched my handbag countless times. Nothing.

Just before my evening shift, I reached for the book I was reading earlier in the day. It was A Night to Remember by Walter Lord about the sinking of the Titanic. I opened the book and there was my ring, as if waiting for me to put it on again. It was a connection I never forgot. And early in 1997, when the last adult survivor of the Titanic died, I felt it was time to leave my marriage. A lot factored into this decision, but losing my ring was a bell chiming that I couldn’t ignore. My marriage was lost and later I gave my engagement ring away.

Another object that chimes was an old photograph album. Recently, I was going through photos from over ten years ago and discovered an interesting photo of my teenage daughter in the study of my previous house. It was a much nicer study than I have today. It overlooked the garden and was a sunny room with a floor-to-ceiling bookcase, green walls and cream, old-fashioned wooden windowsills. But in this photograph the room is in chaos.

I don’t know what I was doing. Maybe I was in the middle of a renovation, but the large bookcase is overflowing and there are boxes and books on the floor. Everywhere, in fact, and on one of the old white chairs I used to own is a red photograph album I remember but don’t know where it is today. Have I lost it? Or could it be in the garage? What have I done with it? It sits there serene, chiming in the location it was in at the moment the photograph was taken, but what happened to it afterwards? I have no idea. What happens to all of us when the doors are closed to lost rooms?

Debbie Robson is the author of Tomaree, a WWII novel, and Crossing Paths - the BookCrossing novel inspired by the global book club, bookcrossing.com. She loves to write fiction set in the first sixty years of the last century. She also writes poetry and has performed her poems in Sydney, the Blue Mountains and Newcastle.

This site uses Akismet to reduce spam. Learn how your comment data is processed.