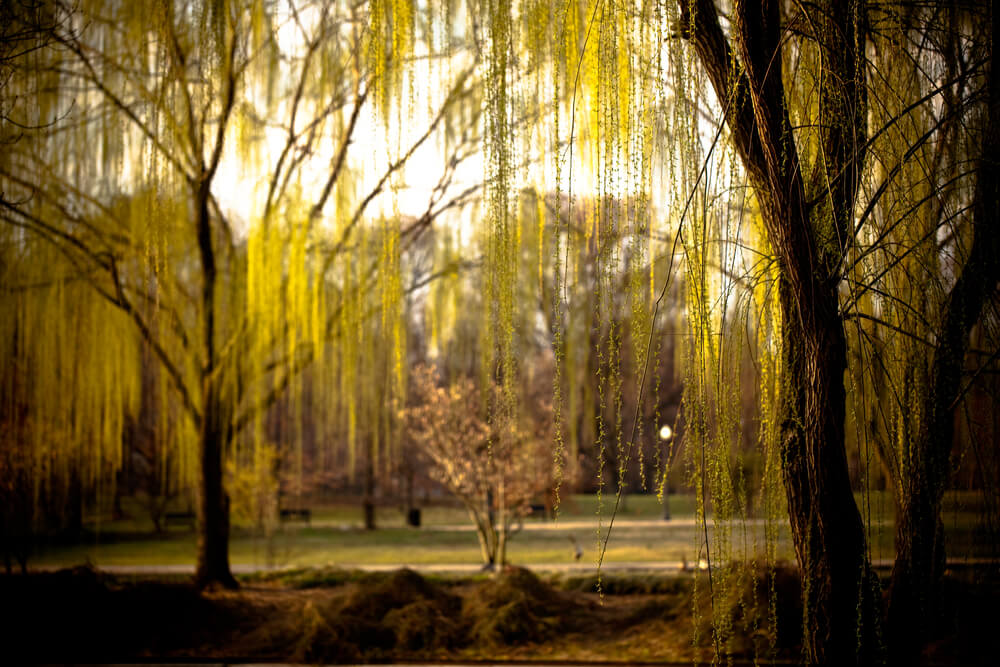 Martha would read the newspaper more than once;

box scores, her favorite, and cartoons that made her laugh.

and the obituaries of the not so named —

The smell of Sunday mornings — vanished,

once travelled her hands and rested hair, as

she would return to her favorite lawn chair over and again,

gaze at the willow trees in her yard, and wonder

what roots beneath and holds her in place.

She would think of Mark and caress a jawline of bones

punched and shaped to the hand that made them.

His love for her was formed in misshapen acts and words —

little mutes that look up to take faith.

Forgive me, he said. Over, and again.

In the end, he would take his own life before hers.

In her mind, she buried him in the junkyard where he worked.

The names of cars were like Saints to him.

Martha was not marked in her religion. A choice of breath

over brethren. She took her suffering as sacrament —

someone to entwine with in the soil of being.

So, in a fall of feats, when she had hit her head

against the rails of living, she chose to also

make her repose in the ground of working men.

For them both, a thousand Chevy engines

poised in silent prayer, run all over —

Before I Leave My Body

A penance to make. A reading through writing

a float for consciousness.

I will gather from sun and gravity,

lift once more above natural domain.

There, make a door to open sky —

a fish within my final wave.

Before weight spills all our time

— music for their sleep.

Those that live along the shore, hear the dissemble and feel its foam.

In a dream, I am the fish that grows legs and

walks past them in their peace.

Towards the inland. Where astronaut owls see

surrounded by air, and staircase to air.

Pointed up, their cool vision collects the universe.

Before they hoot it out to precarious —

perches in the forest —

I catch one in mine.

Now I am my feet in the sand of all deserts. My right hand

on that moon. I kneel before Mt. Everest and

look upon her makeshift graves.

Others who have travelled hard

where I will be soon —

I am made of this place.

Days grow short as all stories end. There are many authors,

but only one resolves the journey.

From the land, I take what is less — less from Carousel,

less to feed my body.

A strategy to preserve a flame above its candle.

The certainty of beginnings and endings —

things in between, we never really see as they are.

far from where they were beautiful.

My ribs are oars, and final thoughts — sails,

raised along a wistful mast.

Reaching up as my arm,

long into a sky

Leon Fedolfi is an aspiring poet. He has published in The Raw Art Review, High Shelf Press and others. He has a book of poetry, UnInvented Ear, publishing with UnCollected Press in January, 2022.