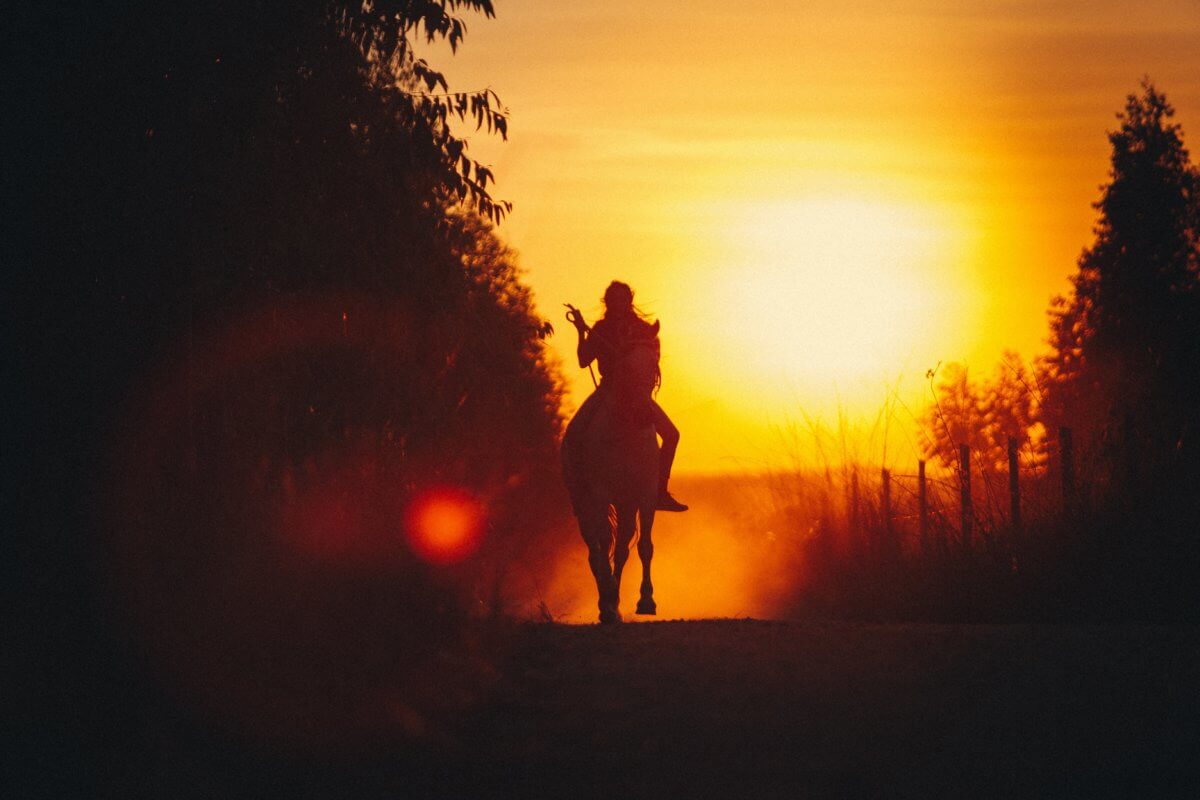 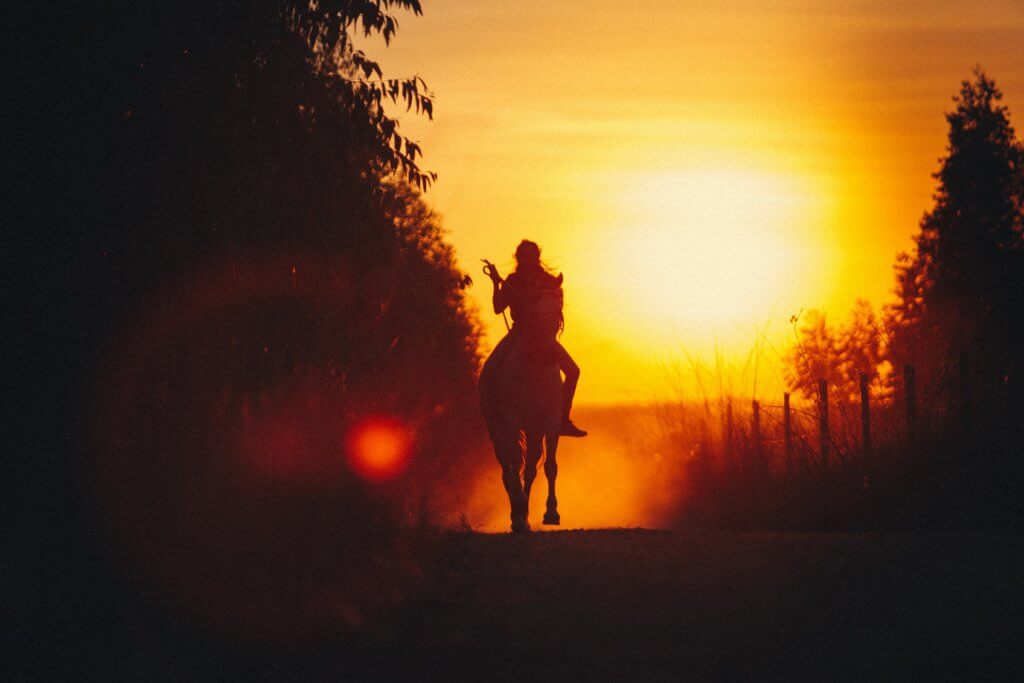 The rider after dawn

Cantering after dawn along the Downs,

she pressed her knees and brought him to a walk,

then loosed the reins as if she’d lost her way.

He came to a standstill at the crossing paths.

Through woods to the river then up by Commons End, or

by Low Denton Holme and Netherby Mere, or

directly across their own land? —

any will serve as a path of escape

to her welcoming flat in Lisbon.

She rode at the sun, eyes closed —

yellow, orange, reddening at the base,

Her inner ear, and thighs around the horse,

informed her they were sloping down Frag hill.

would be visible below, if she’d looked.

D’ye ken John Peel at the break of day?

she sang to the horse, her best friend.

Aye, she kenned John and his local ilk

at the break, middle, and end of day;

as a rule, they were most eager,

and least adequate, at the end.

She has been too long among people

who have not travelled far from their homes.

The house holds her once sweet and fondly foolish husband,

who’s gambled away his money and drank away his charm,

now just a souring fool, with his long-curdled mother.

The enigmatic woman trots past the house,

and leads him toward the stables and the groom.

No calling back the lovely April of her youth, but

a wealth of days to come. Her Mercedes ready

for the long drive south to Lisbon.

They whisper, ‘She is coming again.

Look at her coat, her face.

It has not gone easy with her, and she expects

— you can feel it from her footfall —

it will continue much the same or worse.

‘This one — we have not seen him before;

He would carve us too

if we draw his attention; remain aloof

to avoid his bite upon our bark.

His feet turn as they fall, and could go anywhere.

‘The old couple come together, but apart, daily;

They are resigned to one another,

but you can feel her deeper resentment

injustices in their stale sequence, branch by branch.

‘But here is the woman coming back.

Her coat is open; a lighter step says

things went better than she had expected;

not the earlier thrust of heels,

but still a hesitation, a shadow

holds her; it is well now, but next time?’

Their roots expand, entwine; it is not quite love.

the carriage fugged with smoke, vodka,

and too many soldiers

resenting that he would not drink with them.

the other touching his fragile stomach.

No sympathetic eye, no answering smile.

At the train’s screeching stop, he stood,

edged along the crowded corridor,

to stand in the cold air when the door opened.

He moved back as men with string-tied cases,

pushed, awkwardly scrambling down the steps.

On the platform, head level with his waist,

a man in a once-good gray tweed suit

now worn and frayed, but clean,

looked up at him without expression.

as though he knew everything about the traveler

and feared he was similarly seen and known.

They stood, held by each others’ eyes.

through the window each watched the other go,

messengers from gods delivering no message.