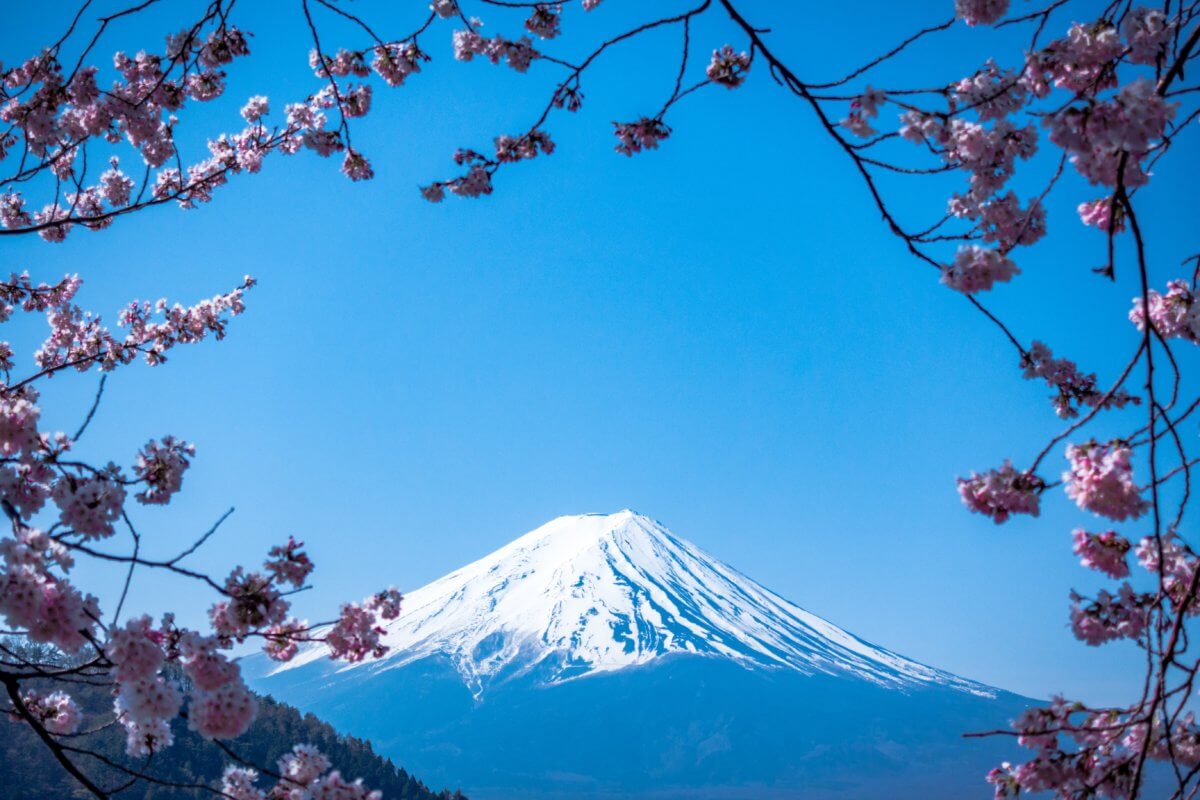 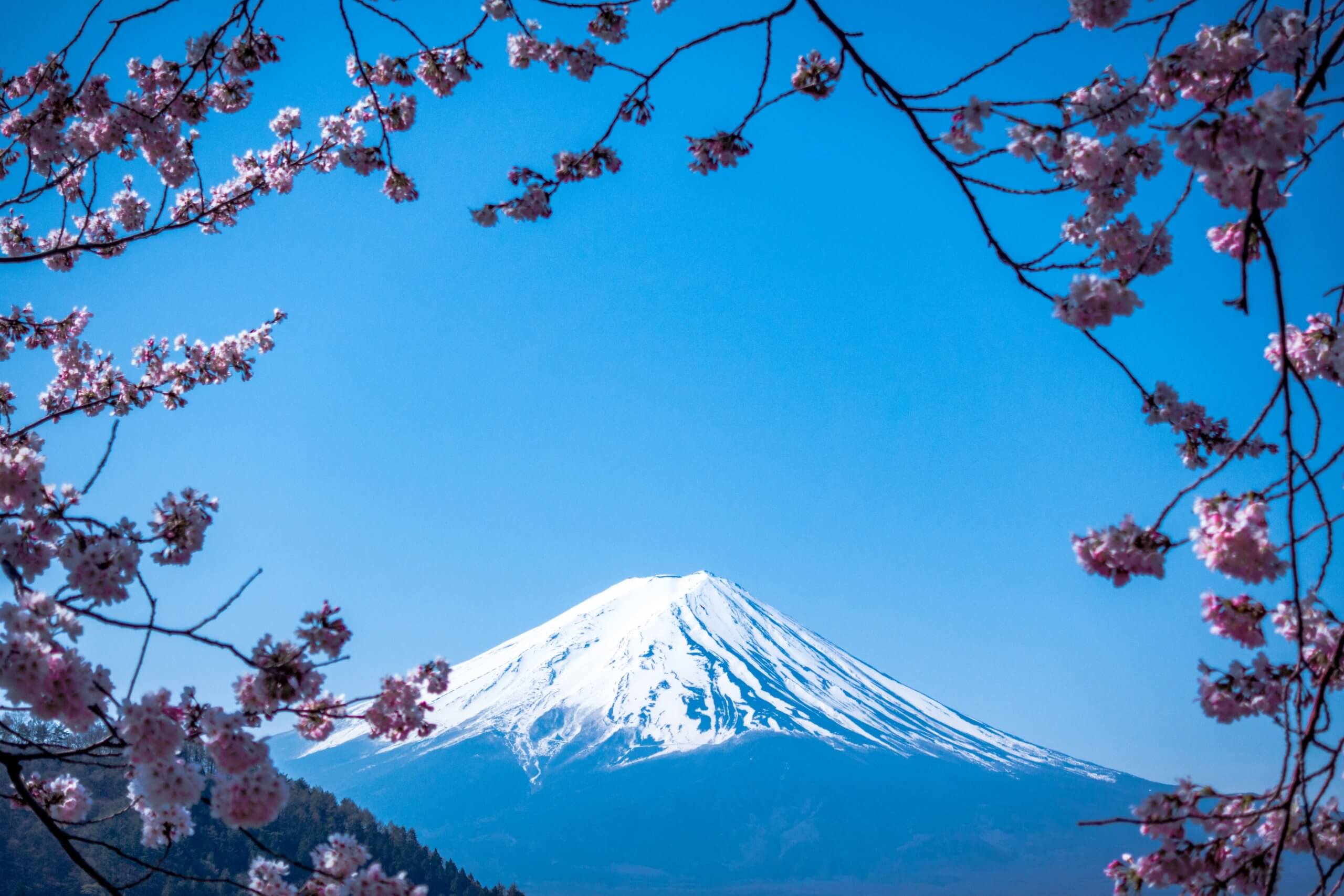 The little creek before us burbles and blows bubbles

over the pebbles underwater.

We sit together but apart with our thoughts,

As at the onsen at Yamanashi-shi:

Which obscures itself and then reappears,

While I stared in awe at a huge spider sitting atop a thick, ropy, sparkling cobweb, light filtering down through Meiji Jingu’s forested path, Annie, back in our rented apartment, was fuming, wondering where the hell I was.

My sister and I had chosen to travel to Japan for ten days, neither of us knowing the language. During the first leg of our trip, we had chosen to stay in Tokyo’s Harajuku neighborhood. I arose before daybreak every morning and, restless, decided to go play tourist in the surrounding neighborhoods—but without leaving her any indication as to where I might go, or when I might return. And, while our host had left us with a device that should have allowed us to stay in touch by phone, neither of us had yet figured out how to use it.

By the fourth morning, Annie had had enough, and I knew it. In addition to my itinerant behavior, we had been arguing over what to eat and how frequently: I barely ate breakfast and scorned lunch, while she insisted on her three squares. By the end of the day, I was falling off my feet and yelling at her when she wanted to eat dinner.

So I knew I had to offer up something as an olive branch. It just wasn’t quite what she had in mind...

“How about going to a hot spring?” I asked. In an effort to make her a little calmer that morning, I had stayed in and read a book, although I had very much wanted to pace up and down the small room until she awoke.

“This says that you can’t wear a bathing suit in an onsen.” She looked up from her phone. “Forget it! I’m not sitting naked in a hot spring with you. Why don’t we just go to an art museum this afternoon?”

My sister, while loud of voice and opinion (as am I), is also easily embarrassed, and quite private. She once turned white and lost her voice at a small church recital, even though in our own home, you could hear her operatic renditions three flights down. As a teenager, she insisted on walking ten paces behind or in front of the rest of our family. And I know she has a tattoo—but I’ve never actually seen it. On the other hand, in my carefree twenties, I once had sex outdoors in a park, under a blanket, not ten feet from another couple. And while we are both just shy of 5’2”, we wound up with opposite body types, with which we’ve each struggled, at times.

So, she didn’t exactly thrill to this idea right away.

“Annie, didn’t you say you wanted to relax today?”

“I don’t know....” She looked down again at her phone, searching through listings. “Maybe if we can find one nearby. And I thought they didn’t allow tattoos?” In Japan, tattoos signify mafia connections—and therefore those with them are often banned.

We continued to look. One was too expensive; another didn’t allow tattoos; still another hadn’t received good reviews.

I suddenly remembered a work colleague’s recommendation. I read her the description. “How about this? It’s in the countryside, at the top of a mountain. We’d be going in the middle of the week. How many people do you really think there will be to see us naked?”

I continued to argue my case: it was totally normal in Japan to strip before one’s family and friends in a hot spring. And wouldn’t it be therapeutic, for both of us?

Finally, Annie relented, but insisted we at least pick up a few large band-aids to cover her tattoo, just in case.

We took a bullet train bound for Yamanashi-shi, which made it dizzying to look outside each time the train entered and exited the side of a mountain. It seemed there were hundreds of them. I closed my eyes a few seconds at a time, watching fir trees and fog and low-roofed villages pass briefly in and out of sight.

Then our train exited one last tunnel, the sun came out from behind the clouds, and we arrived at the center of a large bowl-shaped valley. Sunlight seemed to drop straight down from the distant sky, illuminating dense fields tilting up towards a mountain-lined horizon. We were left breathless.

We descended the train at the next stop, taking a cab whose back shelf was covered in lace doilies. We drove past rows of vines behind chain-link fences, and signs illustrated with pictures of wine and berries. Finally, we arrived at a complex of several dark wooden shacks, amid gravel-inlaid paths, low bushes, and several signs hand-lettered in black ink.

We walked along what seemed to be a main path, towards a long, low building set at the bottom of a gently sloping hill. Once inside, after much gesturing and pointing and shrugging of shoulders between us and the kind older man at the desk, we managed to understand how to use the vending machine to buy a ticket and a towel, and then find the changing area.

The closest walls to our left and our right were lined with rows of reed baskets, some filled with little bottles of lotion, eyeglasses, and clothing. A bamboo mat covered the entire floor, and naked women, dripping with water, walked in and out of a sliding door at the end of the room. We each turned to find a basket for our things and to undress, kitty-corner to each other.

We could hold on to our towels only until we walked through the doors into a communal shower area, with floors of smooth concrete. A few women were washing themselves using handheld silver pumps, slivers of soap set beside them. We each headed for a section to wash ourselves, well away from each other, and then walked outside.

There was a large pool in front of us, with other paths leading away and downwards. A few women in their twenties or thirties, with still-pert breasts and slim figures, walked around with cone-shaped reed hats on their heads.

Annie had made it out to the pool area first, towel back on. I dropped mine at the side and climbed into the pool, sinking down to my shoulders. Annie kept her towel wrapped around her upper half as she descended into the water.

The two women at the far end turned towards us. One of them, with a lined face and heavy breasts, smiled and gestured at Annie to take off her towel.

“Annie,” I said, “you shouldn’t be ashamed. You need to accept and love your body.”

“Ugh...that’s rich, coming from you. Anyway, this is the last place I want to hear a lecture.” Her towel stayed on. She stared at me, daring me to say more.

Our grandmother was overweight, and our mother became obsessed with staying thin. Like DNA, she passed this obsession on to us. As a child, I watched my athletic sister have the privilege of eating several bowls of cereal at once, while I, as the sedentary one, had to listen to my mother counsel portion control.

And then, as teenagers, we switched places when Annie suddenly transformed into a curvy woman, while my body stayed mostly the same. This meant that Annie suddenly earned my mother’s undivided attention. In retaliation, Annie would sneak candy bars in her bedroom, purging them afterwards. And I only grew more obsessed, counting each little morsel of food before chewing.

To date, neither of us has been entirely successful in shaking off this unwanted inheritance.

We heard little other than the sound of the wind occasionally gusting past us. Eventually, I wandered off to a smaller pool set at the edge of the cliff and curled up in its shallow lukewarm water. The stress of getting to and around Tokyo seemed farther away.

A while later, I walked back up. Annie was still there, but she had submerged herself almost entirely, from the shoulders up, leaving only her arms floating in front of her. The sodden white towel had been left crumpled on the concrete lip beside her.

The other two women were still in the same spot, and we smiled at them occasionally.

Languidly, we talked a little, creating waves in the water with our hands, and listened to the wind. I tried not to look downwards in Annie’s direction, though from time to time, I caught glimpses of her form through the dark water.

Then one of the women said, “Mount Fuji!”

We looked over at her and nodded; we knew it was a sacred place, somewhere nearby. I thought she was just making conversation. But she looked at us, repeating it, and pointed towards the skyline. We realized that Mount Fuji was suddenly visible.

For a mountain that is depicted almost everywhere in Japan, it is rare to actually see it in person, clothed as it is by fog most of the year. But for a few moments, we saw a triangular, snow-capped peak, dwarfing its companions on either side—before disappearing again from sight.

After that, the women drifted away, and Annie and I took our time drying off. We sat on a square of fake grass in front of the changing area’s far glass wall, wrapped in our thin, wet towels. In silence, we contemplated the scene: the hot springs beside us, the valley below us, and the mountains before us, until the distant fog began to knit itself together into clouds above us, spitting with rain.

The remainder of the afternoon passed as usual: us bickering over whether and when and how much (if anything) to eat, and what time to return to Tokyo. We didn’t talk about the act of uncovering ourselves—even if we had, more or less.

Robin Lash is a lawyer based in Hoboken, New Jersey. She runs the podcast, "Entering the Bar, with Liz Lash," and her writing has been published by the Peekskill Herald, The 5-2: Crime Poetry Weekly, Data Guidance, the Center for Art Law, the Holy Cross Journal of Law and Public Policy, Transparency International, the Engineering News-Record, and GetCrafty.com, among others.