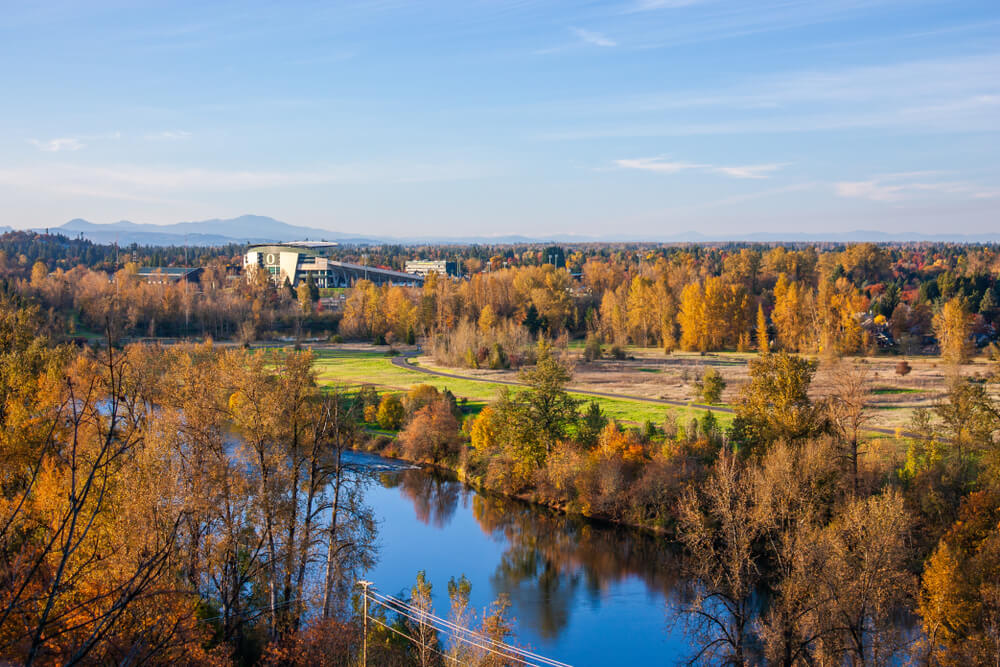 Uncle Joe’s Band, a loud, unintelligible metal band, has spent years playing any venue that will pay for their eardrum shattering performance. A rock and roll lifestyle has left the band members with bad livers, multiple divorces, living in a squalid house in Vallejo, California. One morning, an assertive twelve-year-old-girl, Allison, appears on the band’s front porch and announces she has been sent to stay with her father for the summer. She isn’t revealing which band member might be her father and none of the band members remember her mother.

Allison’s presence conjures memories of the band’ namesake and inspiration, Uncle Joe, a vagabond hippie who takes a long strange trip through the ‘60s, ‘70s, and ‘80s that includes brushes with Ken Kesey’s bus, Watergate, the Pet Rock and Iran Contra. He streaks through a Grateful Dead concert to distract the police. He helps stave off disaster at Woodstock. He asks Jim Baker for mushrooms.

Allison spends the summer with the band, attends it’s performances and supports the band members as they confront their odd, sometimes unfortunate pasts. In turn, the band members find their overprotective paternal instincts as they learn to deal with preteen angst, boys and slumber parties. When the summer ends, Uncle Joe’s Band is transformed.

I fought the law and the law won

Despite many legal infractions, Uncle Joe had only been arrested once. In the summer of 1987, Joe traveled to Eugene, parked his van in the middle of Autzen Stadium’s parking lot, laid out a large blanket and spent a couple hours fixated on a dragonfly that kept buzzing around his vehicle. The Grateful Dead were to play the next day, the weather was hot, and the stadium was the largest venue in the area.

As other fans arrived to camp for the night, he wandered among the various campsites exchanging pleasantries (and other experiences) with his fellow deadheads. Joe was excited about the show, which would include Bob Dylan and was expected to fill the stadium. It seemed the entirety of the West Coast was in attendance, either in the stadium itself or camped out in the parking lot. Eugene reveled in the counterculture during the 1970s and was feeling a resurgence during the waning days of the Reagan administration. Sometime after two in the morning, he fell asleep alongside his van, dragonfly buzzing next to him.

Local services were largely overwhelmed by the size of the crowd. Long bathroom lines and a lack of potable water within the immediate vicinity of the stadium had led a flock of fans to cross Alton Baker Park and march to the Willamette River to drink, bathe and engage in other unsanitary activities. The local Eugene Police had enlisted help from neighboring Springfield and run off as many trespassing, unkempt, moderately inebriated fans as they could manage. Attempts to keep them corralled in the park next to the stadium weren’t working, and frustration built during the night before the big show.

The Dead played Eugene in the past but usually in smaller venues and without nearly the notoriety that came from playing with Bob Dylan. The day before the show, the band did a sound check, practiced a little and hung out with a few of their more erstwhile fans.

After he arose the next day, Joe borrowed a cup of coffee and made his way to the stadium entrance. A few hours in line gave way to a slow march up the walkway into the bowl of the stadium. Seating assignments weren’t exactly “observed” at Dead concerts, so when Joe made his way from the top of the stadium to the field below, no one checked to ensure he was in the right place.

As Joe sauntered up next to the stage, he noticed a group of roadies in a gaggle nervously looking out into the crowd. The roadies all knew Joe and waved him over.

A large balding roadie gestured to the tunnel leading into the stadium. “The cops are gonna to shut us down.”

Joe noticed a small group of police officers huddled together shaking their heads, pointing at the stage. Their frustration was apparent, even across the floor of the stadium.

“That’s what we heard. Once the concert starts, they probably can’t stop us, but I don’t think we’re going to be able to get started.” The roadie took a drag from a cigarette. “If we could just get them to lay off for a little while, we get the band playing then they won’t be able to touch us.”

Joe looked at the police. He looked around at the crowd. He looked at the stage. He turned back to the roadies, as a feeling of calm determination washed over him. “This show is going to happen, man. I’m going to make sure this show happens.”

He pointed at one of the roadies. “Give me your shoes, man.” The roadie looked at Joe as though he were asking for his wallet. Joe asked again. “Trust me, man. I’ll give them back, but I need your shoes.” One of the other roadies nodded and the man took off his worn running shoes and handed them to Joe.

Joe took off his Birkenstocks and handed them to the roadie. He put on the running shoes and began to pull off his shirt. “Okay. You guys get the band up on stage. Do it fast. I’ll buy you some time.” He pulled off his pants.

The roadies looked blankly at Joe, unsure what to say. Joe stood before them, a naked, hairy, rather unkempt middle-aged hippie wearing only a pair of worn running shoes. Joe handed one of them his clothes. “Okay, man, get the band on stage!” He smiled as he turned toward the police.

Among running enthusiasts, Eugene Oregon is considered a Mecca. Running has a deep and rich history in the city, home to the University of Oregon. Bill Bowerman, the University’s track coach during the 1970s wrote the book Jogging, which began the modern era of running, including, (you guessed it) jogging. Phil Knight, one of Bowerman’s athletes, founded the sportswear company Nike. Famed runners Alberto Salazar, Mary Decker, Steve Prefontaine and Joaquim Cruz lived and trained in the city. Several Olympic Track and Field trials have been held at the U of O’s Hayward Field. Yet when longtime residents are asked to recall the most memorable running event witnessed by the city they often respond, The Chase.

When Uncle Joe, fully unclothed save for his running shoes, bolted from the stage, he ran yelling at the top of his lungs toward the huddle of police officers standing near Autzen Stadium’s tunneled entrance. As he sprinted through the parting crowd, a few of the officers turned to see what the hubbub was about. As they did, Joe sprinted past them and into the stadium tunnel. The crowd laughed and jeered. The angered officers immediately gave chase.

Like a gazelle pursued by a pride of lions, Joe ran out of the stadium, across the parking lot and into Alton Baker Park. As he ran, officers leaped in front of him, diving to try and stop the streaking Uncle Joe.

Physical fitness was an unknown concept for Joe, who had ingested, inhaled or snorted a virtual periodic table of chemical substances any of which should have rendered him comatose, incapable of even the most minimal physical coordination. Yet for nearly an hour Joe ran, chased by police officers on foot and in cars, through the park, across the river and along the main thoroughfare. The police seemed incapable of catching him.

As Joe ran across a bridge spanning the Willamette River toward the neighboring city of Springfield, two police cruisers stopped in his path.

“Stop! You’re under arrest! We are taking you to jail!” yelled one of the dozen or so cops blocking Joe’s path.

Joe didn’t stop. He leaped past one officer, slid across the hood of a cruiser and shouted, “I know. I’ll meet you there.”

The desk sergeant at the Springfield Police Department’s downtown precinct had just put away the day’s roster and was sitting down for an afternoon coffee when a sweaty, hairy, naked Joe burst through the front door and collapsed into a chair in the small concrete waiting room.

Before the desk sergeant could respond, the front doors burst open again, as a dozen or so of Eugene and Springfield’s finest charged into the waiting room, sweaty, angry and out of breath.

Joe was cuffed, fingerprinted, photographed and booked into jail next to the precinct. He was given prison scrubs and sandals. Formally charged with indecent exposure, trespassing and failing to obey a police order (seventy-two times), Joe’s only response was “be careful with the shoes man, they aren’t mine.”

The next morning Joe was roused from his jail bed and brought back to the precinct. Joe, used to sleeping in a van without regular meals, was surprised and disappointed when he learned someone had posted his bail. “Can’t I just hang here for a while?” he asked.

A very serious looking officer replied. “No. No, you can’t.” After eyeballing Joe for a moment and remembering Joe had arrived naked, he added, “But you can keep the scrubs. Please. Keep the scrubs.”

After signing some paperwork and retrieving his running shoes, Joe walked out the front door of the precinct to find Bob Weir and Jerry Garcia standing next to Joe’s Volkswagen van.

Jerry smiled. “Heard what you did for us. We really appreciate it. We had a great show because of you.”

Joe felt disappointed for a moment, realizing he had missed the concert.

Bob patted Joe on the back. “We wanted to say thanks, so we’ve got your bail covered and we brought you your ride.”

Joe nodded. “Cool, man. Thanks. Glad I could help.”

Jerry handed Joe a worn black guitar case. “I thought you should have this. I call her Allie. She’s been there whenever I needed some inspiration. You were our inspiration yesterday, so it seems fitting.”

Joe set the case down and opened it. Inside was a bright green Stratocaster guitar. For a moment Joe thought he was going to cry.

Jerry smiled and patted him on the back. “Maybe she’ll inspire you too.”

Micah Thorp is a physician and writer in Portland, Oregon.