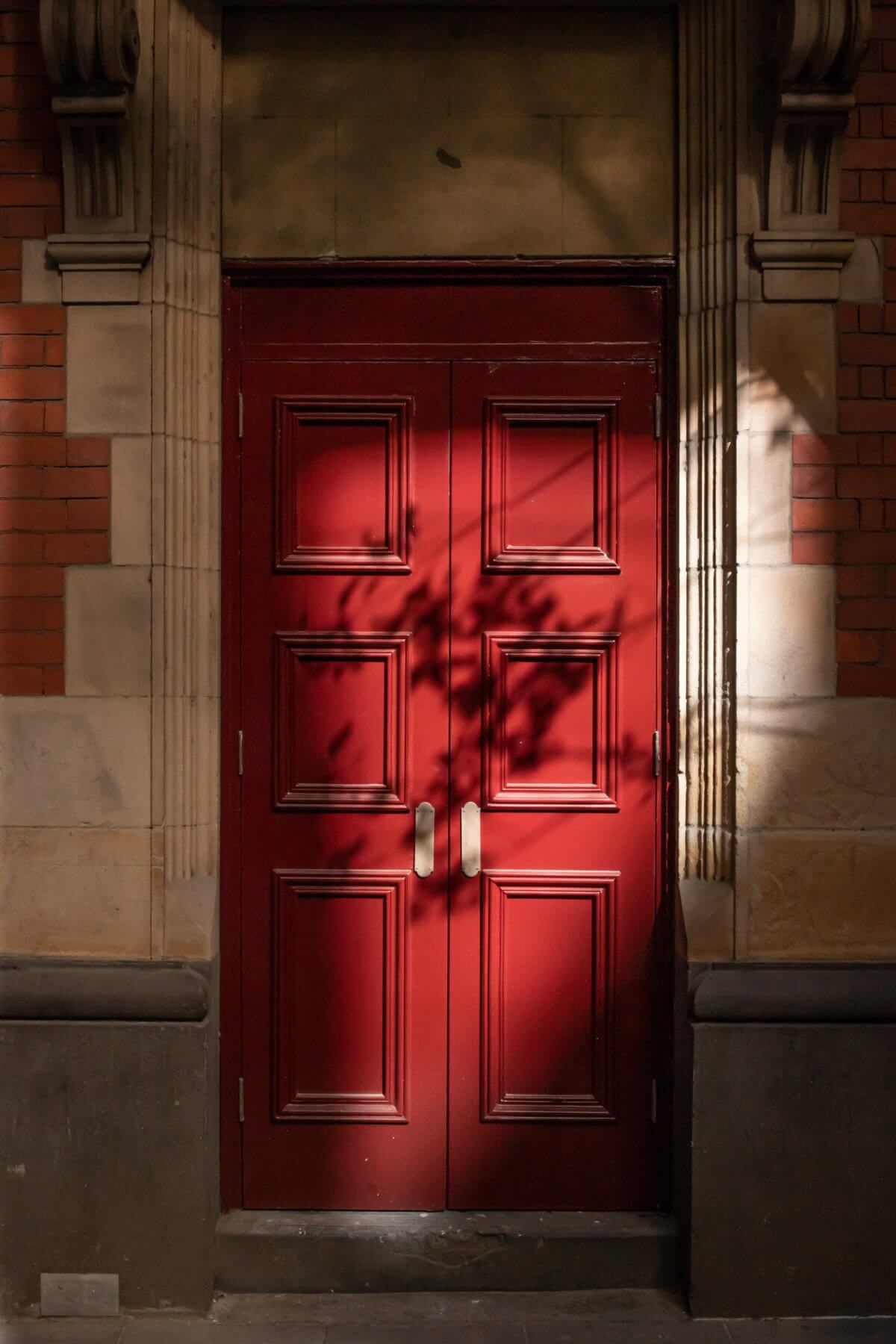 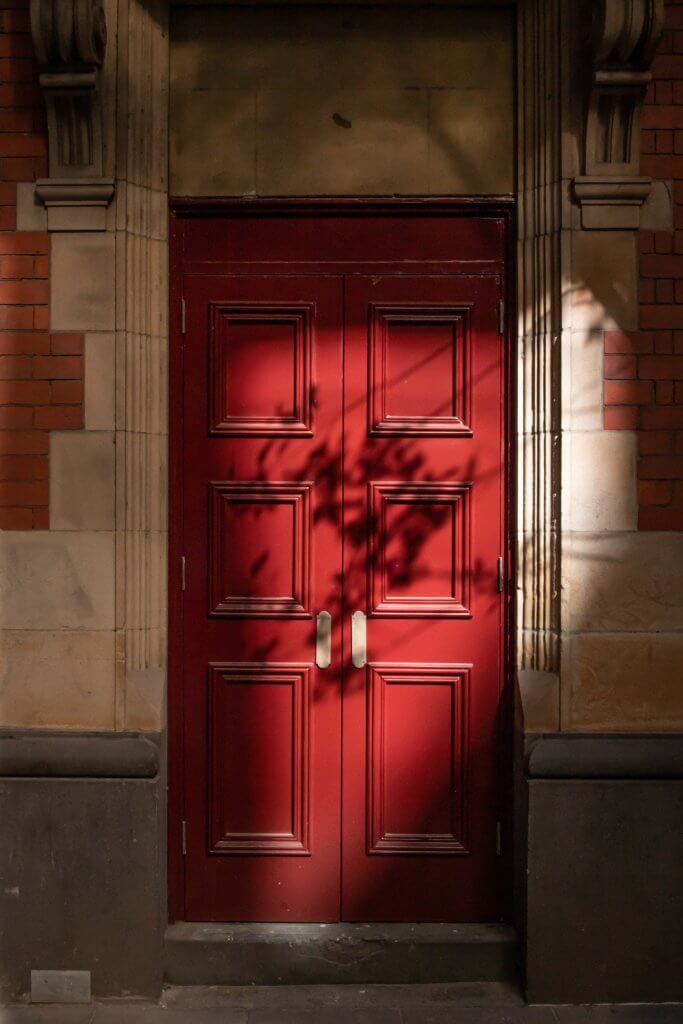 You’d taken your daughter to the Dr because she had a runny nose and a cough. She must have been about one year old, toddling around. The local doctor who knew you was away, and in his place was a locum from out of town. He seemed kind and thorough, he examined your daughter, dressed up in her pretty dress, bow in her hair and glittery plastic sandals. It’s nothing serious, he reassured, but prescribed an antibiotic as was the norm then, back in the 1980s.

The next day, there's a knock at the door. You're renting this house, owned by an older Italian man. An old housing commission fibro place. You've decorated it nicely, you think. Covered the old bench tops with self-adhesive contact of a geometric design that was fashionable at the time. A hand-me-down lounge suite and dining table squeezed into the small open-plan space, lots of photos on the walls. It’s the first house you and your partner live in together, with your daughter. You’ve rented two flats before this, moving from a one bedroom to a two, and then upgrading to this place. You'll move to a housing commission house soon, before buying your own little home by the time you're twenty-one.

A short, stout woman with red hair is standing on the doorstep. She introduces herself brusquely, efficiently. She's from the Child Protection Office in the next regional town, she tells you, and has come to check on your little girl. Can she come in? You don't remember being worried or nervous at all, young and confident as you were. “Sure”, you invite her in and offer her a cup of coffee. She explains that the doctor had called Child Protection after your appointment requesting they visit you. “But why?” you ask. “She's only got a runny nose”. It's because you are so young, she said. Your little girl is grasping around your legs, wanting to be picked up, while you make the coffee. “She seems demanding”, the Child Protection worker comments, sizing you up, you know. “No, not really” you say, “she's just a bit sick, which is why I took her to the Dr”. She looks around the house, asks can she see her room? “Sure” you say. All the rooms in the house open off the living area, so it doesn't take long. She seems satisfied with your daughter's bright room, with the doona with clowns on it and matching curtains your mum made. She asks if you have support? You have lots, you tell her. Your partner, your parents, your partners’ parents. She seems happy enough with this and off she goes.

Your mum and dad are on holidays, driving around Australia, and they ring a few times a week. When Mum calls, you tell her about the visit. She seems worried and asks lots of questions about what was said. You know now, how Mum must have worried, away on holidays when this happened. You now wonder how it might have played out differently, this visit, if you hadn't been dressed up, both of you ready to go ‘up the street’ with friends. If her room hadn't been neat and bright. If the house had been a mess, as it could easily have been. How it might have been if you had been shy and less responsive, or aggressive and uncooperative, or less able to advocate and present yourself confidently. If you hadn’t been white. You know that now.

You are at the Hospital with the littlest boy, having been down the river fishing all day with your partner's family. He has a croup, that honking, gasping cough that sounds too loud and harsh to be coming out of his little body. You have taken him before and had to sleep in a steam tent with him, until it eased. You rush up this evening, leaving the two older kids home with their dad. You know this hospital well. You were born here. Your three kids were too, delivered by the same doctor that delivered you. After the third baby, this little one, the Dr thought that was enough for you. “Three is enough for Meagy; that pregnancy was hard on her body”. He'd told your dad. Over the bar at the Golf Club.

In the early 1990s the hospital itself probably looked much as it did in the 1950s. All steel beds, polished linoleum floors and strong disinfectant smell. You approach the Sister in charge, as you still called them then. She was new and she didn't know you at all. You tell her you are worried about your baby; he has croup and he's had it before. Before you finish, she cuts you off. “Take a seat”, she snaps, looking you up and down, standing imposingly in her starched uniform. You're dressed casually, after a day at the river, bike shorts and a tie-dyed T Shirt. You sit down, soothing the baby, wishing someone would examine him. You're the only one there, there is no queue. “Name?” she barks. You tell her. Her demeanour changes a bit. “Oh,” she says, “are you related to Dorry?” “Yes” you say. “She is my grandmother”. “Oh, I go to Church with Dorry!” she exclaims. She looks at you and your little brown baby a bit differently then and commences to engage. What if I wasn't someone's granddaughter you wonder? Would I be left sitting a bit longer while you make your disapproval felt?

How different the experience was with those who knew you, knew your family. Like your relationship with Sister Draper, the Maternal Health Nurse in your town when your kids were babies. Those were the days when the Nurse would visit you at home quite regularly when the baby was born, and often keep visiting. Sister Draper was quite a fixture in your town. You know she liked to visit you, especially as often your friends would be there with their babies too. That was okay, you all welcomed her, and she’d join you as you sat around drinking coffee.

Sister Draper was quite a character, but her no-nonsense parenting advice probably influenced you more than you gave her credit for at the time. She was an advocate of breastfeeding on demand and co-sleeping, both of which you embraced; breastfeeding long enough for one baby to say during the night, “That side’s empty, turn over”. Sister Draper was really ahead of her time. In the ‘80s she’d go to the local supermarket and get all the produce, slightly out of date, and distribute it amongst the families she visited. Behind her back, you and your friends thought it hilarious. Going to the bins and getting the out-of-date food! Who would do that? If it was good, you’d use it though, no question. Now you'd call it Freecycling, and it's a movement that garners respect for reducing food waste and environmental impact. Who'd have thought you'd have seen it first in your small hometown, back in the day?

Over the years, over the decades, Sister Draper always had a chat if you saw her. And then she’d have a chat with your eldest daughter who worked at the local Council, after you’d moved. She loved to tell her about when she used to visit her with her little baby, confusing her with you. “I am the baby, Sister Draper” she'd say, in her thirties, now. Somewhere along the line, your daughter said it ended up easier to go along with her and she just answered to Meaghan.

Your daughter last saw her recently, in the street while home visiting. “Oh Meaghan,” she said to your daughter, confusing her with you again. “I’ll never forget you and your little baby. You were so young, but so confident! And so clever, all your spice jars lined up in a rack, with labels on them”.

“It's nice to be remembered”, you tell your daughter. She loves to remind you how clever you are; what with your labelled spice racks and all.

Dr Meaghan Katrak is a social worker and academic. She lives and works in Sydney Australia, but still calls the Mallee home.