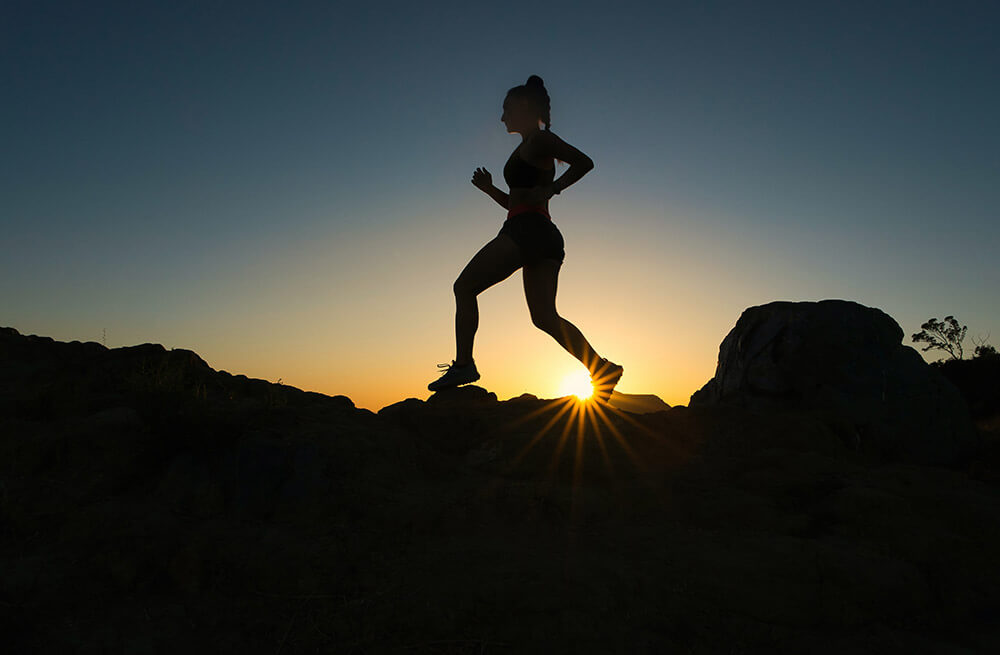 The track meet ended late in the afternoon that day. She and a handful of her teammates in victory blue track uniforms gathered around the front of the high school waiting for their rides. She was fourteen, a freshman. She didn’t know then that she would be the last one left.

A steady stream of cars, turning off the well-traveled frontage road, rushed up the hill and into the U-shaped driveway to pick up their athletes. One by one, they went home with their parents. Gradually, daylight faded and the adjacent parking lot for administrators, teachers, and seniors emptied. She sat on a concrete bench. A porch light on the side of a building flicked on automatically. Judging from the decrease in traffic noise, she figured she had been waiting well over an hour.

She glanced up from her textbook when she heard a vehicle approaching. A driver entered the pick-up area, got a good look at her, and continued down the hill. In the faint light, she got a good look at him, too. A man in his twenties. Tall and lean. Prominent nose. Powder blue car. Older model with rust.

About ten minutes later, two headlights traveled up the winding road to the school. The car moved at a curious speed without the urgency of a parent or the authority of a teacher. It wasn’t the station wagon her mom drove or her dad’s Buick. It was the same car she saw earlier. Powder blue. Older model with rust. It motored into the U-shaped driveway, passed by her, and stopped. Red brake lights flashed on. Through the rear window she could see two men.

Why were they here? School was out. What did they want? Everyone was gone. Why did the driver return? He wasn’t alone, but he knew she was.

She had to move. She had to move now. She stood, threw on her backpack, grabbed her gym bag, and sprinted toward the entrance to her high school without looking back.

A decorative black gate barricaded the entryway to the campus. She yanked it. A heavy chain and lock secured the iron doors in place. In the distance, she saw an open door. She ran toward it.

“Is anyone here?” she shouted, feeling out of place below the florescent lights in the boys’ locker room. “Is anyone here?” She listened for a response from the janitor, a heavy-set older gentleman who once complimented her artwork. No one answered. She darted through the vacant locker room, out the exit door, and into the unlit courtyard. She passed rows of classrooms, blocks of lockers, until she arrived at the edge of campus where a high chain-link fence separated the school property from an apartment complex on a lower level. She felt relieved—elated—to see two guys in the parking lot inspecting an engine under the hood of a car.

“Hey, could you help me?” she called out.

“Give us a reason.” They laughed. Each one had a beer their hand.

She quickly explained her situation, ran out of breath, and began to cry desolately. The expressions on their faces softened and they walked toward the fence. She climbed over. On her way down, one of them reached up for her gym bag and the other one held her upper arm to support her. As she lowered herself onto the pavement, she bumped him. His cold beer spilled on her track jacket. They escorted her to the front of the school. Her dad was wandering around looking for her. She hollered to get his attention.

He shut the back door of the Buick once she settled in. Her mom was sitting up front. Her parents had never attended an after-school sporting event of hers—cross country in the fall, swimming in the winter, and now track and field in the spring. With four siblings, she didn’t expect it. But was it too much to expect a ride home before dark? Before danger showed up in the form of a rusty old car? Before things got really bad? She had all these questions but kept them to herself.

Her dad started the engine and explained why they were late, but she didn’t hear anything he said. His words sounded like static noise on a radio dial, incomprehensible and impossible to decipher. As they headed toward the interstate, she drifted away leaving the anger about to overtake her depleted body, the salty taste in her dry mouth, the stench of beer on her track uniform. She fled to a quiet and calm place—a peaceful place where a fourteen-year-old girl could just be a fourteen-year-old girl.

When she was eight, she ingeniously hid her dad’s cigarettes while he was at work. Not one pack, but the large red and white Marlboro carton that held ten packs.

“Where are my cigarettes?” her dad asked when he got home.

“I hid them … to help you quit,” she said. In a split second, she could see that he didn’t appreciate this one bit. Before things escalated, she dashed out of the kitchen, fetched the slick white box, and handed it over. She never touched his cigarettes—or anyone’s cigarettes—from then on. Agile and apt in sports, she became an athlete.

One evening, she convinced her dad to join her on a Saturday morning training run.

He reluctantly agreed. Unbeknownst to both of them, he found some enjoyment working out. They kept at it. Eventually, he replaced his smoking habit with jogging.

“I have no desire to smoke,” he said the day he quit, fitter and trimmer than ever.

During her teenage years, they ran together two or three times a week. Once they fell into a rhythm, they talked. And they talked about everything.

“Never live with a guy,” her dad said.

“Well, how will you know if you can get along?” she asked.

“You’ll know. It might take some time, but you don’t need to live with a guy to find out.”

“Lots of people do.”

He spoke firmly. “I’m telling you, it’s the girl who always gets hurt. I’ve seen it over and over.”

I was the runner. I remember those talks with my dad. Sometimes it seems as if they had more of an impact on me than all the conversations I’ve had in my entire life strung together. Like the translucent rose quartz beads on my favorite rosary, I hold on to them tightly. They make me feel secure and grounded. When I’m lost, they guide me.

I forgot about the incident at school until one day it just showed up. My mom was visiting my new family. We were out on a leisurely walk. As I pushed my infant son in the stroller, I asked her about it. “Why were you so late?” My voice quivered, and I wished it hadn’t.

My view of the runner has changed. Today, I no longer see her as a helpless girl left alone in a frightening situation. She was not a victim. When the car stopped, she didn’t politely stay seated on the school bench. She didn’t wait to find out what the two men wanted or naively assume they had good intentions. She ran. An instinctual knowing alerted her to danger, and she listened.

My writing mentor gave me the prompt to write about an experience at school and this is the story I turned in. With years of compulsory education and indelible learning experiences, I was intrigued I wrote about an event that didn’t even happen in the classroom. I think I finally figured out what my mentor was trying to teach me all semester: Our memories don’t come from our head, they’re held deep in our hearts waiting to be noticed.

Julie Labuszewski’s creative writing has appeared in The Maine Review, Progenitor Art and Literary Journal, Spectrum Literary Journal, and elsewhere. She’s a recent graduate of the MFA in Writing program at the University of Nebraska and currently works as a marketing copywriter in Colorado.