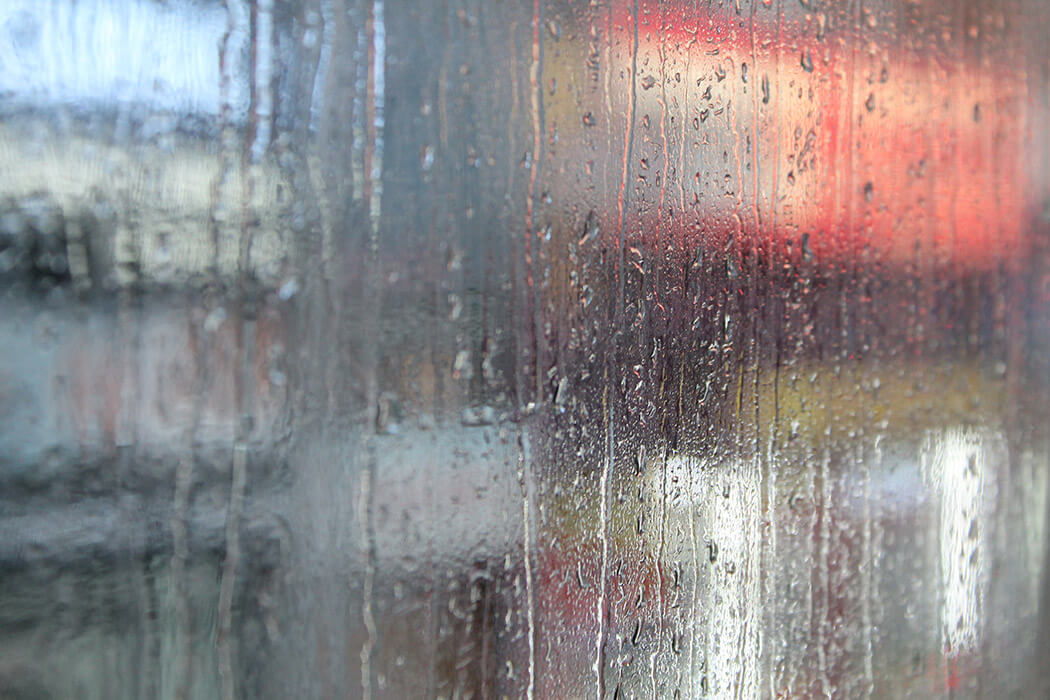 Look out of the window. Focus in on the droplets streaming across the glass. Focus back out on the road, the lampposts zipping past in blurred grey stripes. Summon up your old friend, the giant orang-utan, who swings from the T-bar of one lamppost to another, keeping up with the cars as they speed down the M25. Get bored with the orang-utan – you are too old for this now. Shuffle, look straight ahead. Change the radio station to Kiss FM, even though the music makes you feel uncomfortable.

“Megan,” he’ll say, without taking his eyes off the road.

Turn it back to Heart FM.

Slump down in your seat when he turns up the volume and sings along to Wake Me Up Before You Go-Go. Try not to sing along in your head. Try to ignore his humungous arm wafting through your vision as he waves it from side to side to the beat. Try not to laugh when he fails to hit the high notes. End up singing along. End up doing synchronised head dips at eighty miles an hour.

Shrug him off when he jabs you in the ribs, but smirk while you do so. Feel relieved that he’s moved on from the conversation about your mother. Feel relieved that you can relax now. Sing King of Wishful Thinking into your imaginary microphone. Make him laugh with your naff dance moves to Radio Ga-Ga. Impress yourself when you know all the words. Hope he notices. Queen are his favourite band.

Pull into the petrol station. Engine off. The familiar waft of slick oil makes your stomach lurch. Hold your breath while he fills up the tank. Gasp when you can’t hold it in any longer.

Shout “Fruit pastels please!” when he dives back into the driver’s well for his wallet. Settle back and wait for him to return with a treat. All is good.

Watch him shake his head as he walks back to the car, legs slightly too far apart, chest puffed, like an emperor penguin. Feel your stomach lurch as you realise he is shaking his head at you.

The car trembles as he sits down. He twists in his seat to face you, so that his broad back blocks out the light. “Am I a servant?” he says.

“I’m asking you a simple question, Megan. Am I your servant?”

“Then don’t ever speak to me like I’m a servant. Do you understand?”

Don’t say anything. Perhaps he will leave it there.

He twists back round, makes to turn the engine on, stops himself. He looks out of the windscreen, two hands on the steering wheel. Somewhere, someone bibs their horn. Feel the heat rising in his head. Feel it bursting.

“I brought you up to be respectful,” he says, then shouts, “SHOW YOUR FATHER SOME BLOODY RESPECT.”

Make yourself as small as you can. Try not to flinch when he throws the sweets in your lap. Blink back tears as he puts his foot down, races back onto the motorway. Look out of the window. Call on your old friend, the orang-utan. Watch it swing effortlessly from lamppost to lamppost, long arms propelling its huge body through the air. Concentrate on not losing sight of it. Keep it steady. Gliding from post to post. Always with you.

Don’t think about the fruit pastels burning a hole in your lap. Don’t move a muscle. Continue on for many miles.

“Eat your sweets,” he says, eventually.

Mumble that you don’t want them at the moment.

Repeat yourself, louder this time. Hear the lump in your throat.

“Fine,” he says and snatches them from your lap. “Sulk all you want.”

Close your eyes as he eats all the fruit pastels, one by one.

“Should I turn the car around?”

Don’t say anything at all.

“I know I can shout sometimes, but that doesn’t make me a bad dad. It’s not easy, you know, seeing you every other weekend. Dad misses you.” He is slouched over the steering wheel. Is silent for a moment. See how he pulls his shoulders back, realigns himself. “But I think you know you can do better.”

Look into your lap. Nod your head. Wish you were outside, in the open, in the rain that streaks across the windscreen.

“You know, I don’t stop being a dad just because your mum and I aren’t together anymore.”

Close your eyes and throw yourself into the arms of your old friend. Sink into its damp fur. Breathe in the muskiness, let the warmth of its body seep into your bones. Be still. Pray your father doesn’t pick up where he left off when you first got in the car.

“This is exactly what I was talking about before,” he says. “I left your mum but I didn’t leave you.”

Ask your old friend to make it stop. Feel its embrace slip away.

“I just couldn’t do it anymore, Megan. You know she isn’t a maternal woman. I was doing everything. Everything. She just wants to sit around all day reading her book. She doesn’t take you swimming. Doesn’t play with you, like normal mums do. Tell me honestly, what did you do last weekend?”

Remember snuggling under the blanket on the sofa on Friday night, eating bags of Wotsits and watching Brookside. See the grin spread across her face when she passed you a second packet, and opened another for herself. Hear her laughing at the cat trying to eat the Wotsit you dropped on the carpet. Remember her reading The Famous Five to you while you sat in the bath. Remember her leaving your bedroom door ajar after turning the light off.

“Did she take you swimming?” your father asks.

Admit no, she did not take you swimming.

“Did she play with your plastic animals?”

She did not play with your plastic animals.

“Did you get out of the house at all?”

Say you went to the butchers.

“So that’s it. She took you to the butchers. Mum of the year.”

Know you won’t be able to find the words to explain that it was more than that. Mum took you there to buy your favourite ham, the one with the orange bits on the rind. Then she made you each a sandwich with fresh white bread and you ate together in the garden under the almond tree while the cat padded across the grass. And yes, she read her book all afternoon while you played with your plastic animals, but you were content to hide the baby orang-utan in the branches and pretend it was lost and needed rescuing.

Push away thoughts of those moments when you turned to your mother to tell her some small thing, only to find her with the book face down in her lap, staring into nowhere.

I am an editor and writer living in London. My work has been published in Willesden Herald New Short Stories 10 and Notes Magazine. I received a special mention in the Spread the Word Life Writing Prize 2020, and have recently had an essay accepted by Moxy Magazine.