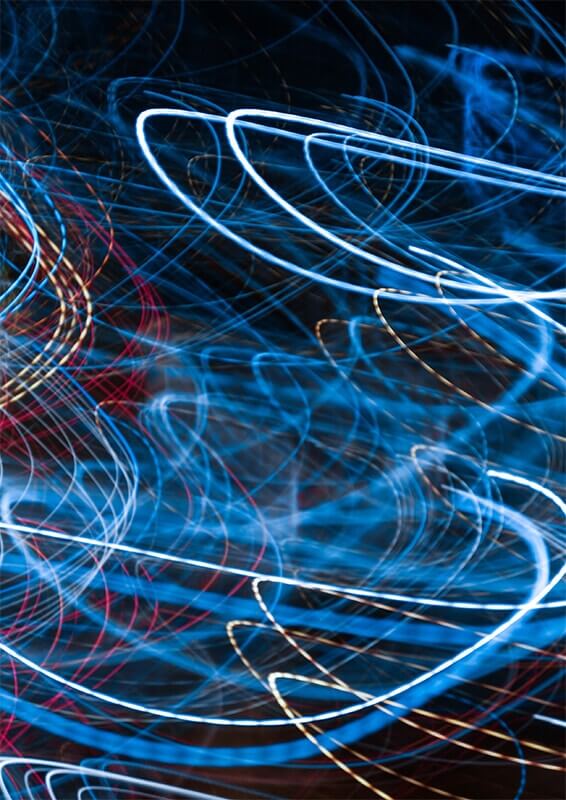 I was nine. My parents came home hollow from the hospital.

of purple spread from under her skin, her chest

her cheekbones tainted; my father silent

slumped in his easy chair, his neck gray-yellow

half of his face buried in clenched raw knuckles.

His eyes wide and white, he was unable to see me

and in that moment, I knew in my terror

my older brother was dead.

In our living room, atop an old television console

wings spread for battle, faced off at the edge of long thin rods

balanced with magnets against a thick knotted rock.

My father stared through me to the blank screen, raised his eyes to the ugly sculpture above.

The silver-plated raptors trembled, constricted under my father’s gaze

one bird shivered, then swayed, gave one dreadful bounce, the other bird recoiled

one vulture up, the other down, until they rose in gradual slopes – clumsy half-turns

the room's dimness disturbed by tiny shocks of blue spark.

The birds spun in full gyrations, those raptors bowing in at each other

the vein in my father’s temple pulsed, once, twice, a third time

the rods beneath the raptors’ claws whipped into a frenzied carousel

My mother gasped from under the dining room archway

my father turned toward her, shattered, the spell broken

the birds collapsed, clattered to the carpet.

I scuttled to the room’s far edge

crouched between couch and corner.

One more remnant from that winter

My childhood backyard in the East was eroded by dirt and vine.

choked in squalls of ivy, the yard edged by wild blackberry, honeysuckle, roses;

slabs of teakwood – my dead brother’s tree house – abandoned in one dark corner.

After he died, they packed away his photographs    artwork    archery set

They rarely spoke his name, the pain, you know            and yet his absence remained thick

the weight of unclaimed space.

His echo follows, Pittsburgh to Pedro

where I land in my own small garden

At dusk, fog creeps up 8th street like ghosts from the Pacific

weaves through sprawls of white moonflowers

dulls the bitter scent of absinthe     softens the gray-green mounds

along my walkway      the leaves turned into velvety lace.

Angela Gaito-Lagnese has an M.F.A. in fiction and an Ed.D. in language, literacy, and culture from the University of Pittsburgh. Her poems have appeared in The Pittsburgh City Paper's Chapter & Verse, The Main Street Rag, and Nasty Women and Bad Hombres: A Poetry Anthology. She lives in Pittsburgh, PA and teaches English at the Community College of Allegheny County.