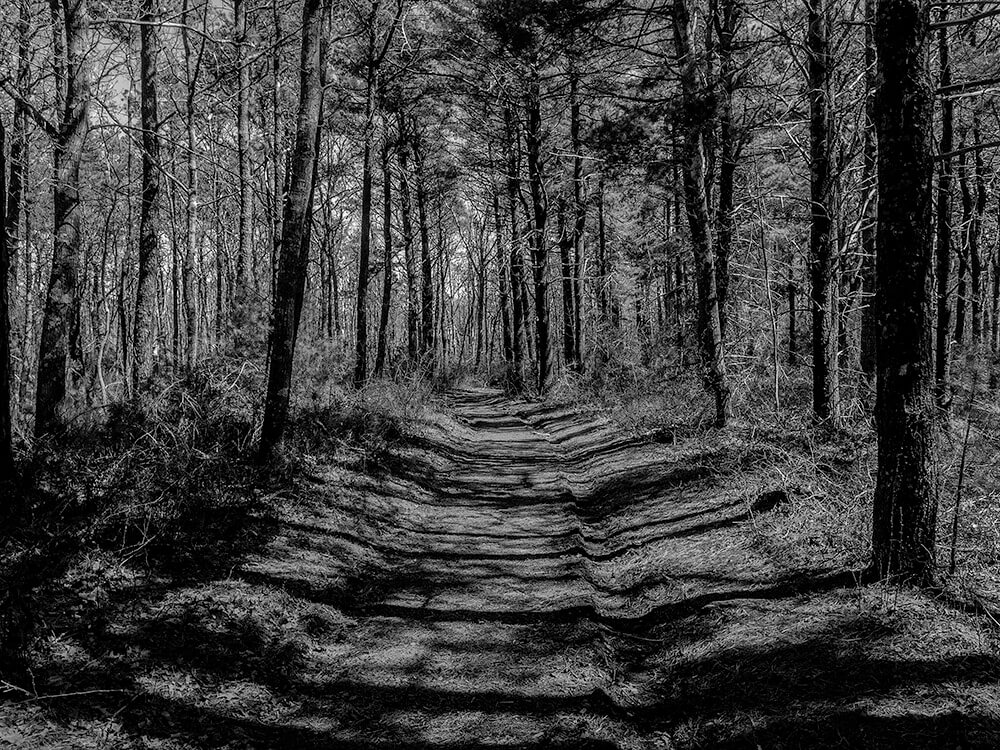 for the meet the next day,

you cut through the woods

for the packie on the corner.

It won’t be a wild night.

A few friends, a few beers,

you dreamt of ribbons

too blue to behold,

the grass is green again

clutching at the rain.

It smells of earth

I will be impressed,

at least a little,

You exit the woods,

to find an old car

leering from the curb,

How strange to sleep

in a car on such

you think, when you see

the head thrown back

a dot at the temple.

you tell me later,

when you lean toward

the open window and

what could be a toy

or a starter’s pistol.

No big deal, you insist,

though I wonder if you know

how much you tremble.

Dad’s teaching me how to make a whistle

out of an acorn cap. Like this. He leans

over me from behind, his arms clamping

till it burns with the weight of his desire

for me to get it right. He takes my two hands

in his two hands, bends my left thumb over

the little French hat. Loosen up, he says,

then repositioning it on the cap.

That’s right, he says. Then he does the same

to the other thumb, pauses, drops his arms,

steps away, spins me to face him with a

surprising urgency. Do this. He bends

the lawn. I do the same, with both thumbs, but—

right thumb doesn’t bend, it stays as flat as

an ice cream spoon. When did that happen? I

wonder, and how? but all Dad says is

No wonder. Then his face darkens; he puts

out his own fists, thumbs up. Uh-huh, he nods,

both thumbs working an imaginary

wanted to be and would have been,

but for eyes that couldn’t see red from green

and feet as flat as the soles of his shoes.

The sack around your face

as if the younger could reemerge

You talked of dying

as if it were far away,

as if we would always peg

in the shadows between innings,

his age and infirmity.

You said it wasn’t good

to get old, that old age

was the curse of consciousness.

Yet you talked of dying

As if it were far away.

too weak to fight.

for a bit of rest

An editor, writer, and poet, Charles Grosel lives in Arizona. He has published stories in Western Humanities Review, Red Cedar Review, Water-Stone, and The MacGuffin as well as poems in Slate, The Threepenny Review, Poet Lore, and Harpur Palate, among others. To pay the bills, Charles owns the communications firm, Write for Success.