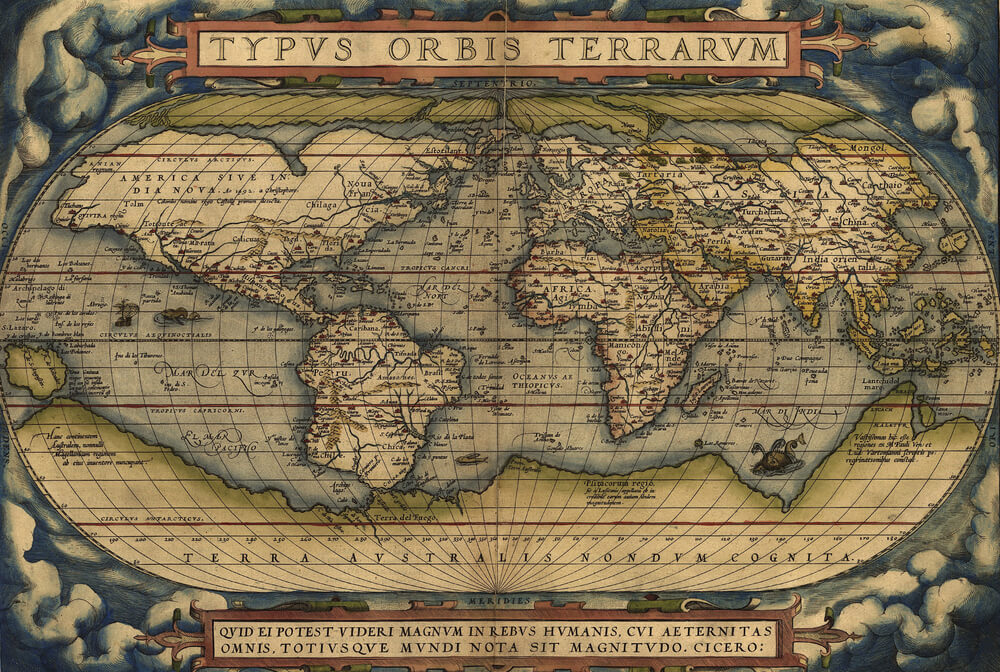 Unwelcome warmth flushes his face. Emma Berghuis—hired after Marthe’s remains were shipped home. Marthe—gone to Rotterdam to help with a cousin’s birth, May 1940. Herman’s throat tightens; he imagines his wife, crushed, burnt in the blitzkrieg. He squeezes back the lump in his throat and tries to focus on Emma as a godsend, cooking meals and cleaning for him and his two sons. Even with the war shortages, she has uncanny abilities to prepare a table, arriving with pails of coal, while neighbors go cold and hungry. When the boys were stripped of their jobs at the Philips light bulb factory and shipped off to a German labor battalion, she was steadfast and reassuring. After the unexpected arrival last year of the terrified girl, Emma accepted his explanation, “An orphan niece from Rotterdam.”

Herman regards the centuries-old book of maps open on a low lectern at the center of the sideboard, a gift from his wife’s family for their marriage. His notes, begun after Marthe’s death, are tucked between the end pages of the antique atlas—a way of confiding to his dead wife—hidden, irrationally, he thinks. Yet...

He hates what he has said about Emma Berghuis and reaches for an eraser to rub out his suspicion. But the single cough of a Daimler engine, followed by a backfire on the street outside, stops him. He hastens to the study window. Two Nederlandsche SS step out of the Standaard V black sedan adjusting their holsters and peaked caps. Not prepared! What first? Panicked, he shoves the onionskin indictment of the housekeeper between the back cover and the last leaf. He flips the atlas leaves to display the map of the world, Typvs Orbis Terrarvm. The boots of the SS men scrape the worn stone stairs. Herman turns toward the kitchen, but whirls, and races to the sideboard. He pulls the drawer open and feels about quickly.

“Hetty.” Herman stifles his voice as he calls her name. The first knock on the door spurs his urgency. But he slows. No need to alarm her. She will be awash in fear soon enough. With deliberate steps he enters the kitchen. The brown-haired girl with intelligent eyes is drying dishes. She looks up and smiles. His brow is furrowed. Her smile freezes. He tries to make his voice conversational. “Hetty? They’ve come, as I said they might one day.” The joy drains from her face. “Go quickly to the hiding spot, stay completely quiet.” He pauses. “And do not come out until I call you.”

“But—but, no. Stay with me, please.” She strangles the dishtowel.

“They will go away, but you must hide.” Herman implores. The knuckles rapping on the front door become more insistent. He forces a grin and nods as the ten-year-old collects her wits. “Courage. It will be fine, Hetty, like a game of hide and seek,” he whispers. She tries to mask her face with the dishtowel. It betrays her hurt at a promise broken.

“But you said—“ she stops abruptly, turns away, and crawls through a cupboard into a spider-webbed passage built five centuries earlier as a precaution against Spanish mercenaries.

“Quiet as you can be,” he hisses. Herman sniffs the stale odor of the secret passage and closes the cupboard door. “Dear Jesus,” he mutters; he traces Hetty’s muffled sounds inching down the wall. The pounding rattles the front door.

“Where is she? Where is the Jew girl?” The odors of boot polish and gun oil suffuse the air.

“What? What are you asking? There’s no—“

The thick-necked SS man pushes a stubby finger into Herman’s chest and backs him into the hallway. “Herman Dijkstra, yes?”

“It will go hard if you don’t turn her over directly,” the other snaps. He looks familiar. Where has he seen the weak chin and off-centered eyes?

“Do I know you?” he asks, backing toward his study.

“I have a niece from Rotterdam staying here, Dutch Reformed, naturally, not—not Jewish.” He laughs, unconvincingly.

“Diederik,” says the thickset partner, “this is already taking too long.” He pushes past Herman toward the stairs.

“Produce her now,” demands the man Herman cannot exactly place. Diederik looks up the stairs. Herman searches his memory, was he the butcher down the street, or, a machine salesman trying to get him to upgrade his factory? The factory!

“She is on an errand.” Herman lies. “Did you once work at my linen factory?”

Diederik tilts his head like a cat pawing a wounded a bird.

“Yes, yes, we know. The girl!” Diederik unclasps his holster.

Then Herman is certain—an upsetting meeting in his office eight years before—he had sacked this man for stealing three bolts of linen.

Diederik relishes the upper hand. “You know, of course, Mr. Dijkstra, the edict against Jews entering the home of a Christian.”

“But that is not the case,” Herman objects.

Diederik interrupts, “Those who are complicit—your boys already serve in Germany. But they are free. Doing their duty. You will be treated exactly like the one you have harbored unless—come, come. There is no niece from Rotterdam—”

Diederik’s partner has been tapping on the wall by the staircase with his thick knuckles. “Ah, these old canal houses.” He thuds solid plaster until he hits the boards near the stairwell. “What do we have here?”

They know everything! Herman imagines Hetty in the darkness, hearing the SS man coming closer, inches from her face.

“Look!” Herman raises his voice. “I have her papers, here.” He hurries to the sideboard in his study, hoping they will follow. Herman yanks open the drawer. “Her baptismal certificate, her—” He pulls out a fistful of papers. Too late, his anger has won the battle. He grasps the Belgian pistol. “My niece, from Rotterdam. Not back for hours. You traitors.” He turns, and levels the small caliber gun. “Now get out!”

“Henk!” Diederik shouts. Henk fires. Herman cries out, more in surprise than pain as the bullet tears into his chest. But he jerks the trigger of the Melior automatic, is amazed at its kick and shocked to see blood spurting from the neck of the officer named Henk. Diederik shouts again, and Herman fires wildly, but one shot hits Diederik’s right kneecap. Diederik shrieks a stream of profanities.

Herman loses his footing. His torso twists onto the double folio book of engraved maps. He grasps the lectern. His fingers linger at the edge of the hastily hidden onionskin sheet. Then his knees buckle. Two more bullets pierce his back. The last thing he sees is his blood smear across the map of the world. His last thought—Oh, the times I warned my sons—and the little girl—‘Be careful to never spill anything on these special pages.’

Edward Weingold is a produced playwright (12 plays in 20 productions) off-off Broadway, San Francisco Bay Area and has held a day job for three years as cataloguer for old rare books and prints (and antiquarian cartography, the subject of his novel). For over 12 years, he has written and recorded a monthly piece for a National Public Radio affiliate, First Person Singular. He taught English and Theatre courses at the City University of New York and several colleges in California and recently retired from 20 years as a technical writer.