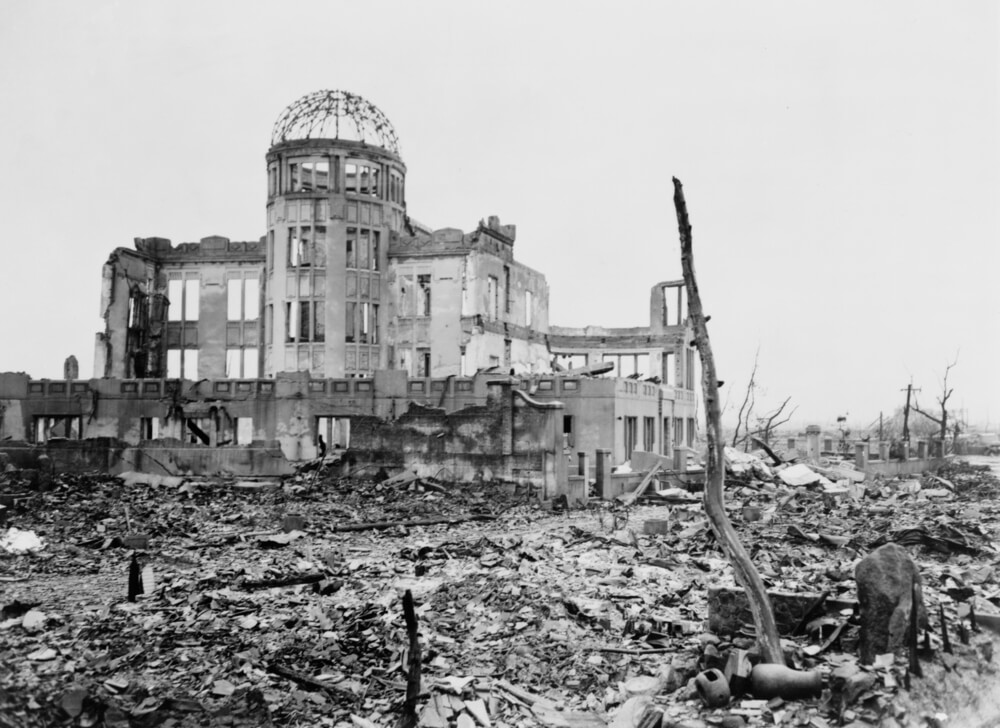 “Don't want your love anymore,
don't want your kisses that's for sure,
I die each time I hear this sound…”
-- Everly Brothers, 1960

Let's not get mathy Cathy or walk

away Resnais but Colonel Tibbets’

more than a third of that once

it was filmed for our viewing

pleasure by a companion B-29

-- then events following in forms

out to be inconceivably worse.

Hibakusha (被爆者) is the word for

whitest brightest radiance ever -- including

Light plus Hangman were scaffolding

for images Give ‘Em Hell Truman from

the Show Me State used to impress Soviets

with the absurd atomic score, damage

you could avoid -- and to get elected Prez

instead of appearing weak if he gave

Hirohito’s staff half a chance to surrender

“Oh well, I roam from town to town
I go through life without a care
And I'm as happy as a clown
I with my two fists of iron

I have less energy than

so get back in training begging

to wave till yellow

appear in around an hour.

We stop at a local

who will only see/ know

is able to say, Donut)

sleep in the closed shop

next to the barber pole

next to the tattoo parlor

next to the curb where Liav

in a crushed snail

in an already soaked

diaper after which we

race home for also a change

-- thanks to Sacha Baron Cohen and The Simpsons

do the nasty with anti-Semites

who raise both hands while mewling

something about, Throw that damn Jew

down our oil wells; while surly bartenders

invoke Krusty The Clown (a.k.a. Herschel

of pedal-jack boot guitar and Homer

cries into his beer about answering