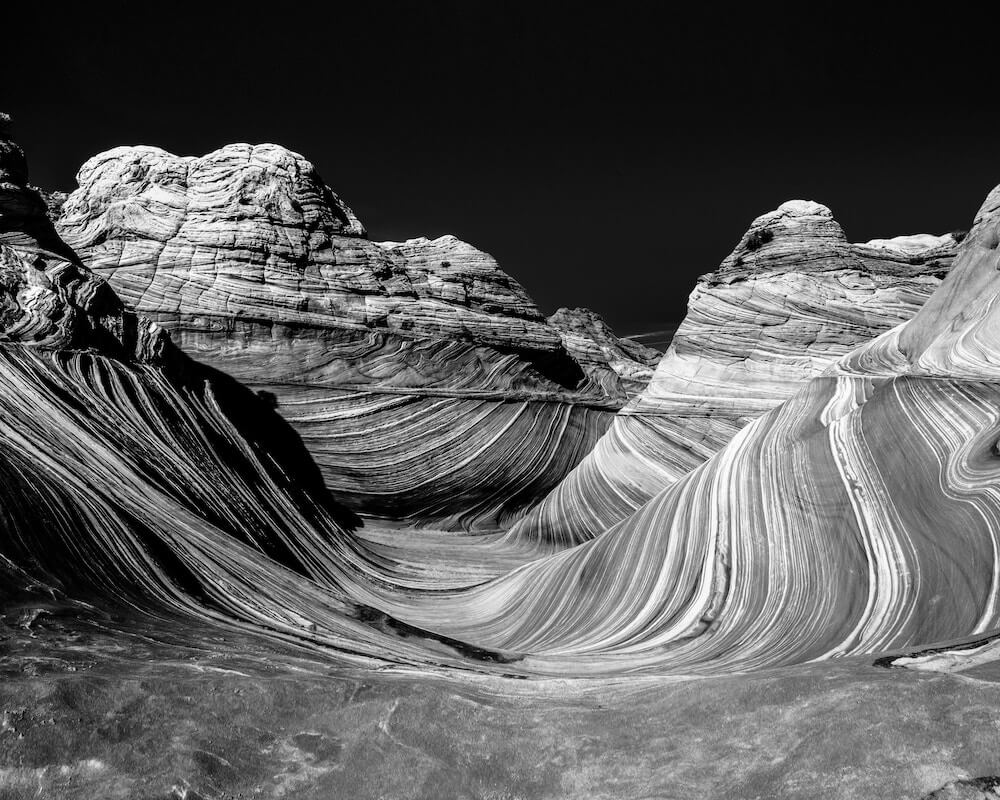 Love. Vulnerability. One is a ghost without the other.

As children, we’re masters of affection. We overflow with it. Love comes naturally, like the seasonal flu. You hurt us, we love you still. More and fiercely. Like you’re worth saving even if the world gives up on you. Having no idea this gift is precious, we squander it on those who don’t always deserve it, but it matters little, because our hearts are in bloom.

Until the onset of adulthood.

By then, our scars prevent us from blooming too much.

Adulting and vulnerability are well-known oxymorons, not the norm. Once we’ve grown, emotional dignity becomes a commodity. We fear earnestness. Running into someone’s arms, shouting ‘I love you’ even if they don’t say it back, even if they’re all sharp edges, is more mythology than memoir. Terrifying. The goal becomes to never give up our genuine selves without a few bloody noses.

But what happens when the decision to be a vulnerable adult isn’t yours to make? How does one protect herself when any stranger can discover her secrets before she even knows their name?

This is where my adult story begins.

My name is Oksana. I’m a writer and I have a confession to make.

I have serious commitment issues.

At least that’s what the men I’ve been dating lately tell me.

Case in point. Not long ago, I’m sitting in a coffee shop (neutral grounds), breaking up with, let’s call him Tom. I give Tom my reason: he’s going too fast, a hare to my tortoise. What sounds legitimate to me, he refuses to accept.

“Because I know better,” he says. So much better that he proceeds to enlighten me. “The only thing you care about, Oksana, is writing stories. And I know why.”

“You’re running, always have, it’s in your blood too,” Tom volunteers. “Your Gypsy heritage. This goes way back. That thing with your high school boyfriend, too, is one proof of many. Face it, Oksana. You have serious commitment issues.”

“My blood? My high school boyfriend?”

He points an imaginary pistol at my face. “Bingo.”

I never told him about my high school boyfriend. And I’m not in the habit of revealing my Roma culture to people I don’t trust. How does he know so much? There’s only one explanation.

He read my memoir.

Tom analyzes and diagnoses me based strictly on what he read in my book. And what I learn during that particular conversation is how uncomfortable I feel being studied this way by a potential romantic partner. And yet, I have no choice. It keeps happening.

I guess I should’ve expected this. Memoirs steal privacy and make hoarding secrets a luxury. Deal or retreat into the hollows of your bedroom never to be seen again. My way of dealing was to hide the fact that I wrote a book in the first place. To the immediate world, I was simply an English teacher. A member of an honorable profession. After all, we perceive teachers to be of noble character, seldom blemished by earthly trappings.

But my dates always found out. Google is a beast.

Just about now you might say, well, Oksana. We’re all familiar with this feeling. Invasion of privacy is the new black. Dating has become a game of ‘how intimately can I get to know you online before I commit to meeting you in person’. Social media has made our world a tiny studio apartment where we share a bathroom. Difficult to take time, to retain the excitement of getting to know someone new when the toilet flushes every few minutes.

But here’s my counterargument to that.

Let’s be honest for a moment. Our social media-dom makes us demigods. Slap a filter on that sucker and we’re a yoga princess, a perfect parent, a pro athlete. On our screens we’re enlightened, finders of our truth of our tribe, whatever.

All the while we hope once our partner sees through the filter, they won’t feel the impulse to bolt and the real getting to know each other will commence.

The only way to write about your life, however, is to tap into your most vulnerable bits. You mine yourself. You are a work in progress. The rarest materials hide at great depths, and it takes serious drilling to get to those layers. But when you do find them, skip no beat over a memory you’d never share in a post. Tell a genuine story. One that strips you naked. Because the moment you’re not exposed, if you’re contrived even a little, they will know. You will know, which is worse.

And here’s the catch.

The writer might find the experience cathartic: forgive, forget, triumph or defeat. But the reader only sees character, conflict, resolution. While you hide the fact the only time you’ve been truly bare in your adult life was when you wrote the damn thing, they see you as an actor.

And what do we do with actors? We interpret their performance: I wonder what that simile really meant? Ooh, did you note the foreshadowing element during falling action? That monologue— just magnificent, so visceral! How ironic. How terrible! How theatrical!

Of course, as a writer, I’d prepared myself for that part of the job. Somewhat. People judge writing. Scrutiny comes with the writer’s territory, so should a thick skin. Less than stellar book reviews required not much more than a latte and a hug from a good friend to turn the world right side up again.

As a woman, however? Knowing that a man I fancied could flip through my pages. Glibly or with respect. But always literally. That was the snag, the caveat no one had prepared me for.

Turns out I didn’t know how to deal.

Tom wasn’t the first guy to dive into a sharp-pointed, literary analysis of some imperfection or strength in my character as a girlfriend. And at times, this attention was flattering. Except for when it was creepy. When we’d be sitting on his couch. Date four, maybe. The guy would tell me a funny story about his grandpa farting at the Christmas table, then I’d share an anecdote about my parents getting stuck inside a KGB headquarters elevator. And he’d say, “Oh yeah. I remember that part.” And finish the story for me. To him, I was an actor.

I knew I had to make a choice. Either ignore my reaction to people who discussed my life-story as if I weren’t real or come to terms with having to be more open than seems sane.

But what does it mean, to be an open book?

When people claim to be one, they make a rarely kept promise. It should mean, I am as vulnerable as a child. Instead, we misguidedly assume it means, I have no secrets. But the way we first appear to others isn’t the genuine us and we often keep secrets even from ourselves, so how can the phrase be true? Who but children, earnestly reveals our weaknesses to strangers who might be little more than passing ships? Or worse. Our future heart-breakers?

I’d always thought it a silly phrase. A copout. It reminded me of a Russian proverb my grandma used with people she didn’t trust. “V tichom bolote chetri vodyatsa.” And I agreed with Grandma. Whenever someone swore their pages open, I’d think, What demons lurk beneath your swampy waters, my friend?

But then a moment arrived when I better understood the sentiment, my respect for which grew only after I myself became one such open book. When I couldn’t choose to put up walls, at the mercy of anyone who read my story, I comprehended the true meaning of that phrase. In the process of writing, I threw open my own pages. Not since childhood had I seen so much fragility in my own reflection.

At first, vulnerability was a trudge through a barbwire forest. It hurt too much, and I have a low pain threshold. I resisted. But then I started to think.

So what? I’ve got issues. Since when is perfection a decree in our flawed world?

I dug around myself, curious why it seemed so hard to let others see the pieces of me less perfect.

Perhaps, my discomfort with scrutiny came from a place of longing to be free in a meaningful way, but not knowing how to achieve that. Maybe all memoirists jump into the abyss not because they want fame and fortune but because the relevance of their experiences lies at the bottom.

Until I wrote the book, I didn’t know I was no longer vulnerable. Only when there was nowhere to hide did I see my Hadrian’s wall.

I reached out and grazed its roughened bricks.

Even now my fingers dance across the etched memories of heartbreaks, yearnings, of my younger self. I realize the wall is ancient, a relic, but it’s here to stay and I’m learning to not cower in its presence. On the contrary, slow as a turtle I’m beginning to appreciate the lessons it contains without attempting to raze it to the ground.

It was, it is, a fraction of who I am. But only that. It doesn’t have a hold on who I choose to be today.

The closest synonyms of vulnerability are: weakness, defenselessness, helplessness, and openness. A dispiriting list. No wonder only children are foolish to feel it so freely. It’s not a trait we value as adults.

Alone, we roam for traces of it behind our battlements. We know the synonyms aren’t true. We know the very thing we try to keep at bay is the thing we desire most.

But if we want to love and be loved truly, deeply, with abandon, we must remember this: Like nature, we are made of open spaces. Deserts, oceans, mountain ranges. An entire world to explore. And like nature, we are made of scars. Gorges, caverns, and ravines. Our ‘weakness’ makes us feel ugly and undesirable. But in the process of resisting the ruins and bogs of our emotional landscapes, we also ignore those majestic open spaces.

Wouldn’t it be liberating to show our scars?

The wrong people might analyze us, yes, and run. But the right ones will show us their own flawed formations.

In the end, to let others see us, to really peer inside and trod through our natural formations, might be the greatest freedom we grant ourselves. The forgiveness so many of us seek. The biggest gift we give others. The kind of vulnerability that keeps us authentic, unadulterated, undiluted. The kind of softness that brings us back to ourselves full circle and helps us overflow just like when we were young.

Oksana Marafioti is a writer of Romani-Armenian descent. Her memoir, American Gypsy, was published in 2012 by FSG. She has also published essays and stories in Time, Slate, The Rumpus, Pilgrimage, and several anthologies, including Immigrant Voices. She is a 2013 Library of Congress fellow, and a Guest Lecturer at the University of Nevada, Las Vegas.