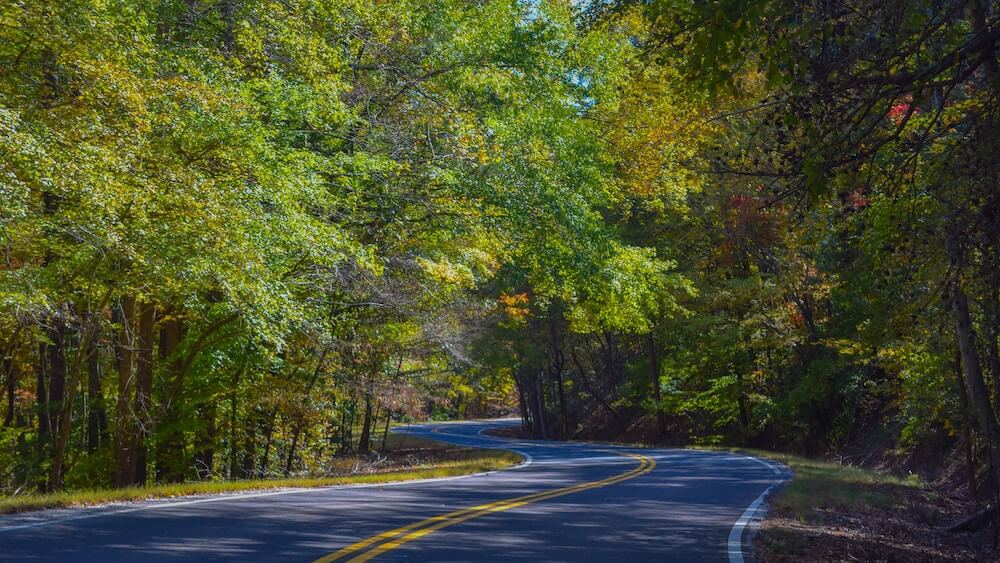 At the end of my sixth-grade year, my mother sat my brother, my sister and me down on the couch to have a “talk.” The last time we’d had a family talk like this was six years before when she’d told us that she and our father were getting a divorce.

This couldn’t be good.

“I’m an alcoholic,” she announced.

Oh — maybe that’s why she sleeps a lot.

“I’m going away to a hospital for a few months.”

“You’ll have to stay with your father.”

So that’s how I came to know Woodlands Clinic in June of my twelfth year. My brother, my sister and I would all go for “family night” after school and on the weekend and once school ended, we went during the weekday too. Sort of like a “Co-Dependent Day Camp.” While other kids were off riding horses at Black River, I was learning the Twelve Steps at The Woodlands.

The clinic itself was deceptively beautiful, a hidden retreat behind a hospital in the suburbs of Detroit, Michigan. You had to know where you were going to find it. No one just “happened” upon The Woodlands. Driving around a bend in the road behind the hospital, you came across this building tucked into a slope of grass, bordered by a mini-forest. I can imagine the advertisements for Camp The Woodlands: “Tranquility without the Tranquilizers.”

When we first came to visit my mom, we got a full tour. We saw the sanitized room where she slept, we saw mauve couches with brightly colored pictures on the walls. It was strange seeing my mother in such a clean, cheery environment, nothing like the dark chaos of our house. It was like she was a wild bear, removed from its natural habitat, transplanted to a shiny, new zoo exhibit. While the new place might be nicer, it didn’t seem natural. The artificial world was stripped of the earthy smells of the cave, the dark comfort of the hidden home, the moist rustle of leaves and dirt. So, what if the mother bear was binging on fermented honey and hibernating all summer? At least she was wild and free!

Come to think of it, my mom had the hollow-eyed look of an animal in captivity. She was smiling and acting like a cheerleader for sobriety, but her eyes had the look of the damned. I half-wondered if when we left in the evenings, did the walls roll back to reveal one of the circles of Hell?

The Woodlands scheduled activities with the patients’ kids. We got talks on how alcoholism and drug addiction were diseases, how it wasn’t our fault that our (mommy, daddy) drank, and we learned all about the roles the children of alcoholics played. (I was “The Lost Child” according to one eager counselor.) We were encouraged to talk about our feelings, we had one-on-one time with the counselors while we sat on picnic tables beneath trees, and there I slowly began to feel alive again. I had lived in a dead house for so long, a house with no lights on when you came home, a house with no cooking smells, no sounds of voices — just the ticking of a clock in an unlit hall. While my mother slept away my childhood (in her bedroom, with the cigarette burns in the carpet, the faint smell of urine, and the clinking vodka bottles under the bed), I sat and gathered a fine layer of dust, just like the rest of the furniture. I let it cover me in a sheet of gray; it sealed away any human feeling and protected me from hurt. I was an emotionless object, waiting to be picked up. Until then, I had decided, I would remain in a state of suspended animation, where I was safe.

But The Woodlands seemed to have picked me up and started the fine process of polishing me off. I started to shine and feel and move. I liked my counselor, Ricky, and began to open up to her as she patiently and attentively tried to bring me back from the dead.

One day, in Group Therapy with the patients, the counselors had the kids role-play with the adults. One alcoholic guy acted as the token addicted parent. Each of the children of the alcoholics had to go up to him, where he sat in the middle of a big circle of patients and their families. He was sitting in a chair and was supposed to act belligerent and drunk. When my brother went up for his confrontation, the counselors asked him what he would say to the alcoholic parent.

“Nothing,” my brother said.

“Are you sure you don’t have anything to say?” the counselors prodded.

“What would you do?” they persisted.

“I’d leave.” He said this without any trace of emotion, a passive face that belied the rage I’d come to know too well.

And so, my brother marched off to a corner.

When my turn came, they asked me what I would do.

I went and pretended to be in a tree.

When my sister’s turn came, she actually spoke.

“Why are you doing this to us?” she said. I think the stand-in parent was at first thrown by her candor, but he quickly got into the role.

“Whaddya mean? I’m not doin’ anything to you,” he mock-slurred.

“So, what! Whud I do isss my businessss!” Our actor was getting into the role, eyes staring unsteadily, gestures moving in stilted, slow motion.

“We need you! You’re supposed to take care of us!” My sister was now yelling, her hands starting to shake.

“Yeah, well, who’s supposed to take care a’ me? You kids are a bunch of ingrates —”

“You’re the parent! We’re just kids!” my sister shouted back, her hands turning to fists.

“So what? Why dontcha leave me alone.” Our actor closed his eyes and slumped in his chair.

“Please. Please. Stop drinking!” My sister couldn’t contain her tears and choked out the words. “Please, Mom! Please don’t drink! We need you!” My sister broke down in front of a room full of sober drunks, their spouses and their children. The room was still and silent as my sister crumpled to the floor and wept. We watched her shoulders shake and waited for the counselors to do something.

Finally, the “sober-alcoholic” who was role-playing got up out of his chair and went over to my sister and held her while she wept on the floor.

The counselors stood up and began to clap. Then everyone began to stand up. People were crying and clapping for my sister who dared to speak.

What did they think this was? Though I was only twelve years old, I recognized a manufactured catharsis when I saw one. I was disgusted as people were turning and hugging each other. I saw us kids for what we were: pawns in our parents’ recovery. Here the alcoholics and the drug addicts were allowed to see their children’s grief and rage, measured out in tolerable doses. It was a controlled environment, with a carefully orchestrated beginning, middle and end. Now they stood and wept and hugged, as if we’d all just “come through” something. Like it was all over now, “there now, don’t you feel better now that you got that out in the open?”

But it wasn’t over.

When we left The Woodlands, we were full of information. I knew that alcoholism was a disease, I was told it was nobody’s fault and that it was nothing to be ashamed of. We knew the Twelve Steps, the Serenity Prayer, we knew all about Al-Anon and Al-Ateen. It seemed that my mother had gone to a hospital and was cured of her disease. I felt happy, optimistic and open about what was once unspeakable.

My mom came home with a little prescription bottle of Anabuse. This was medicine for her disease, it would ensure that she would never drink again. It was the end of August and I looked forward to starting seventh grade.

As September and October came and went, I noticed that I didn’t fit in at all. Somehow, everyone had turned into teenagers over the summer — only I didn’t get the memo in the mail. Perhaps spending my summer in a rehab center had kept me young, had preserved my elementary-school-girl-ness somehow.

I also noticed that my mom didn’t always go to her AA meetings.

“Too much God,” she said. But she still took her Anabuse.

By Christmas I was the biggest loner at my middle school. I had been reasonably popular in elementary school, but somehow, I was a full-blown outcast here. I didn’t know how to wear my hair, I only had two pair of pants that were long enough, and I was the only kid in Health who knew what Anabuse was.

On Christmas day we went to our dad’s. We were worried about leaving Mom alone on this day. We knew her mother had committed suicide near the holiday, and Mom always got really weird in December. She overdid Christmas (despite the fact that she was agnostic), and we had dozens of presents each, piled up under the tree. But then she would retreat to a state of darkness once the presents were opened. She once told me she kept finding the presents her mother hidden for Christmas long after my mom had found her in the garage with the car running.

“Are you sure you’re going to be okay?” my sister asked when we left for our father’s house.

“Yes, I’ll be fine!” My mother turned on her too-bright-Woodlands smile.

When we came back that night, everything was not fine. The Woodlands hadn’t prepared us for this. They had taught us about AA meetings, co-dependence and chemical dependence, they had us role-play and told us it was okay to open up and cry, that it was safe to feel again.

Turns out they lied.

They didn’t tell us about “relapse.” They didn’t tell us that this would be as good as it would ever get. Those were the best six months of my childhood, the only sober six months my mother would see in the 1980s. I wish they had told me that. I thought sobriety was forever. I thought everything would be okay from there on out. I never imagined that it would only get worse, that things would never be “fine.”

The Woodlands peddled in empty promises, just like the drunks they allegedly cured, and my hate for the place and its artificial, slogan-happy, “It’s nobody’s fault” counselors burned with as much rage as a twelve-year-old could muster.

Besides, it was easier to hate The Woodlands than to hate her.

Mandy Fishburn is an advertising writer in Detroit, Michigan. She was nominated as a BlogHer Voice of the Year and has also been a featured writer for The Huffington Post, Thought Catalog and other online sites. This is her first published piece for a literary magazine.