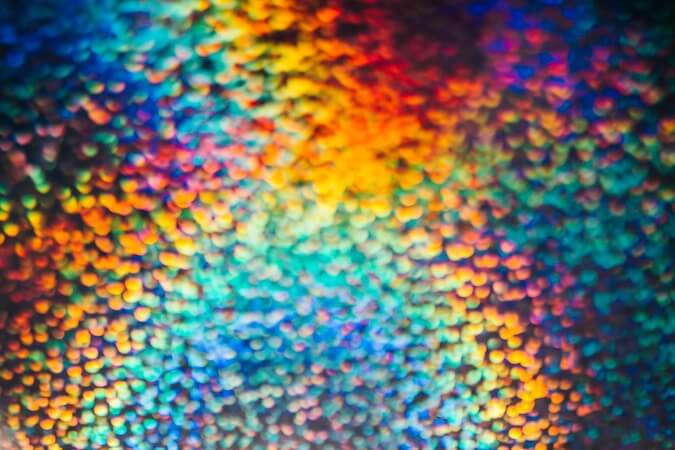 You will say this, ten months removed from it all, clutching a pink-frilled pillow under your elbows, picking at the fraying seam you pull a little looser each time you come to her office. Your therapist with the little feet will listen and then say what everyone always says. “You already matter. Everyone matters.”

Matter is a state of being, a conglomeration of cells and physical space that make something that can cause a shadow. You matter. You have a lot of matter. But does your voice matter?

You just aren’t quite sure anymore.

You will sit on the floor of your bathroom trying not to hear the yelling downstairs and the breaking of another ceramic mug catapulted at a head. You will run to the boyfriend who pushes your head into walls and makes all the stardust in your sight turn to flickering lights that sting when you finally wake back up. You will forget to matter. He will matter. His matter will be all that matters and you will smile as you cover the bruises on your neck.

Your clothes will stop fitting because your bones are bleeding the weight off and you can’t keep food down because your inside matter is crumbling like silt.

You will lie in his bed at night and think that he loves you as you eye the poster on the wall that hides the hole he punched into it when you made him just a little too angry. You will listen to the breathing in his chest and smile, running your hand across his bare spine, because he is all that love is to you, and he matters in the way that the air filling your lungs matters. He is an escape from the home where tires were slit and vases were thrown, and closets were safe places to hide when the black car was parked in the driveway.

You will lose yourself into the spiraling black hole that is this older man who rescues you from one hell just to dip you into another. When you forget to matter, he will take all the matter that you are and crush it into the dirt on the bottoms of the only pair of tennis shoes he will wear. You will let him do it because when you hurt, you are at least sure you are alive.

You will cling to desperate moments like life-raft fragments, praying that they will carry you to the next sunrise. Little half-spoken smiles with a crooked tooth will somehow become endearing once your father stops calling or picking up. You will move past the way this man used to scare you when he was angry, because now, he is always angry and you know if you admit you are afraid, you cannot be in love.

You will pray for the nights he wants to be kind to you, to light candles at 3 A.M. and whisper stories about his dead mother to make you feel like you matter the most because he never tells anyone about her at all. You will hang to his words and drown in the feeling of his fingertips on your shoulder blades as he kisses the purple prune marks he left there and promises never to put them back. And you will believe him. Every time you will believe him.

Because even though the bruises stand out in your memory, they are not the deepest cuts or the most frequent. You will come to recognize the double vibration in your pocket as another text message telling you he’s just not sure he wants you that day. You will dread the late-night calls in your dorm because you are not there with him and he will make you feel bad for trying to become more than he ever was. He will tell you that you are crazy and you will believe him and so you will try harder to make sanity out of the insanity that drips from his pores like sulfur.

Everyone will think you are the crazy one and you will let them think it because you cannot see how far you have fallen. They will not be wrong. You will be crazy but you will be this way because he gave you no other choice. Your doctors will tell you that he is killing you, that your body is rejecting everything about him and that you cannot keep going as you are. Your roommate will tell you she is worried. Your mother will cry at the kitchen table. And you will keep calling him because you don’t know how to matter without him. He will have stolen your childhood from the silver tray that you offered it to him on. He will never have thought of himself as the man in the pamphlets he found, but he will still not be able to look you in the eye when you ask why he wants to hurt you so bad.

There will be days where you do not move but the sun does. You will lose hours. You will think you are dying. You won’t be sure that’s so bad.

You will look into the mirror at your unrecognizable face and will think: is this love? Is that what this is, sitting outside his house at 3 A.M. because he threw you out again without shoes or your keys or blankets in the middle of December? You will take it like you take the pills they give you now to make you sleep and eat and be a human again, and you will do it with a smile because this relationship, like death, is an escape.

Your family will hate him and you will love him more for it because you are angry at them too. You will ache and your body will bruise, though not as bad as your mind. You will forget how to write. How to feel alive. How to be anything other than his because he’s created the web that makes you always come back like the fish at the end of the line he strung with his dad four summers back.

You will know that you are sick. You will feel it in your bones and see it in the bruises under your eyes but you will stay because staying is mattering to someone when you no longer matter to yourself.

But then he will leave you because he likes the way it makes you want him more. And he will come back again and leave again and come back again like the waves of the ocean by the house your friends hide you at so that you don’t become tempted to give in to him again. But you will. For months, you will, until someone cuts the tether for you and suddenly you have to figure out how to float on your own.

Slowly, so so slowly, you will remember how to wade water like you did as a child. It will be hard, because you forgot how to use your legs and your arms and your back, but it will all come back. And you will hurt like you have never hurt before. You will be reborn into a sparkling mass of matter and sunlight and explosions of feeling.

Walking through glass shards will leave everything exposed, but once you heal, all the bad blood will have leaked from you and cannot come back through the shiny pink scars. Through this, you will learn to matter to yourself.

And you will matter. You will write things that matter.

Anna Davis Abel is a 2016 graduate of the University of Alabama's creative writing department and is currently in her second year of an MFA in creative nonfiction at WVU. Anna writes primarily southern feminine essays and fiction, and she is currently working on a memoir about her coming-of-age story dealing with sexuality and gender roles in the Deep South.