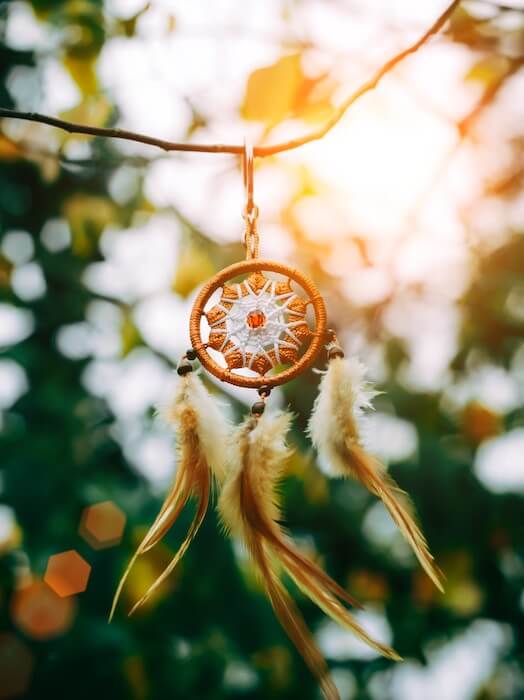 “I can control my dreams,” Andrew, my oldest brother, told me as I drove him to work at 5:40 a.m. in 2014 because he didn’t have his own car. “That’s why I woke up a little later. I was dreaming, and I wanted to keep dreaming.”

“What do you mean you can control them?” I asked.

Andrew went on to tell me how he always knew he was dreaming, so he made his dream-self do anything he wanted to—fly, teleport, rescue people. That was the first time I heard about lucid dreaming.

According to Psychology Today, lucid dreaming means that you must know that it’s a dream, but it doesn’t require the ability to control dreams.[1]

“How long have you been able to control your dreams?” I asked.

“A while now,” he answered. “That’s why I never need an alarm clock. I know what time it is in my dreams.”

I glanced at my brother. “Seriously?”

“Yeah. In my dream this morning I was flying inside this building saving people, looking for anybody else, and then I saw this clock on the wall. It said it was 5:19. I was like, ‘Well, shit,’ and woke up. My clock said it was 5:14.’”

“That’s why I like sleeping so much,” he said. “If I could sleep all the time, I would. I like being able to control my dreams. Dreaming is better than real life, anyway.”

Andrew died two years after teaching me about lucid dreaming. He was thirty when he went into cardiac arrest suddenly one day in November 2016. The doctors never found out what caused it.

It took me four months to finally dream about him. In the dream, I told a friend over the phone that I would get the keg for the cabin party. After I said that, Andrew walked into the room, and I immediately knew this was the dream I was waiting for.

He smiled at me and said, “I could get that for you.”

I woke up immediately after he said that. I woke up crying, and even though I felt so warm—the feeling I usually get when his spirit is around me—I was angry. I hated that I didn’t get to talk to Andrew in my dream. I threw one of my pillows to the floor and wanted to scream. After four months of being upset that I hadn’t dreamt about Andrew, I woke myself up within seconds. It wasn’t fair. I missed him so much.

I didn’t dream about Andrew again for another two months. It started with Andrew covered in dirt and tree branches, knocking on my parents’ front door. He’d been missing for about six months—the same amount of time he’d been dead in real life. He was beat-up, hurt, and really needed a shower, but the minute we saw each other we hugged each other for so long.

“Don’t ever leave me again, asshole,” I said to him, even though dream-me already knew it wasn’t real. “What happened? Where did you go?”

For the rest of the dream, we hugged each other. I needed to be near him. This is how Andrew and I were when he was alive. We were always inseparable; even when one of us was dead, it seemed.

My third dream about Andrew happened a few weeks later. In this dream, we didn’t do anything but hug. He appeared in an empty version of the dorm room I was staying in. When we saw each other, we didn’t speak. We simply looked at each other and hugged. I cried in the dream, and when I woke up a few minutes later, I was crying too.

I wanted to figure out a way to talk to him more often than every few months, so I researched dead loved ones visiting in dreams and learned I was dreaming of my brother because I missed him and to cope with his being gone.[2] Another website told me that dreams are one of the many ways that deceased loved ones can connect with you, and some considered it a type of psychic ability.[3]

Then I remembered a dream I had about Andrew dying a few weeks before he actually died. I scrolled back through our messages to October 27, 2016, at 7:44 a.m., which was two and a half weeks before he went into the coma.

“I had a dream that you died, and it just really fucked me up going through your stuff and not having you around in general,” I typed. “Don’t do that lol.”

He didn’t respond to it at first; instead, a few hours later he linked me to the latest Epic Rap Battles of History video, which was Donald Trump vs. Hillary Clinton and said, “Yay Abe Lincoln is back.” We exchanged thoughts, and then I brought up the dream again.

“What do you think it means?” I typed. “Like, why would I have a dream about you dying?”

“Maybe you’re just afraid of it happening,” Andrew responded. “But I promise I won’t kill myself. I won’t leave you.”

After reading over that line, I went back to Google and read about how some believe that death dreams are a type of psychic ability.[4] Death dreams can be premonitions, but usually they are just a way the subconscious works through anxiety and fears about losing someone you love. I thought about the conversations Andrew and I had before the dream. Maybe part of me knew something was going to happen.

I went back to mine and Andrew’s message thread. After we analyzed my dream, he told me about how he and our dad had been fighting a lot more recently.

“It’s impossible for Dad to comprehend when he says something that upsets someone,” Andrew typed, referring to how recently Dad took all of Andrew’s paycheck out of his bank account for rent and left him with nothing. “As I walked down the hallway he started bitching about me as a failure to Mom,” Andrew typed.

Andrew was always very self-conscious about being the failure of the family. He was thirty, didn’t graduate high school or go to college after he got his GED, and lived with his parents while working a barely-above-minimum wage job. Meanwhile Kelly, our middle brother, was getting paid more than Dad was, and I was the first to go to college.

I forgot to reply until the next day.

“Sorry, I was hanging out with Becka,” I typed.

I should’ve known something was going to happen to Andrew. Maybe I did.

I didn’t have another dream about Andrew until August, after a mental breakdown four days into my senior year of college. I was overworking myself with eighteen credit hours, two extra-curriculars that took up close to thirty hours a week, and my job as a desk receptionist.

The night I had my breakdown, it wasn’t necessarily about being overworked; it was about missing my brother. Anytime I was stressed and upset, I would always go to him. I was struggling to not being able to talk to Andrew and ask for advice.

As I was going to bed, my nightly ritual of talking to Andrew turned into begging and crying for him to visit me in my dream so I could ask him for advice.

In this dream, I woke up in my bed. Everything was normal—almost as if it were the next day. When I left my room to make breakfast, Andrew was sitting on my window sill. We smiled at each other, and I ran over to hug him. I sat with him, and he gave me the advice I needed: to drop my extra-curriculars that didn’t relate to my career. We hugged again. I didn’t wake up crying. Instead, I felt warm despite the depression and sluggish feeling left over from my breakdown the night before.

Ten months after Andrew died, I received a text from my mother.

“I had a dream about Andrew last night. He sat down next to me, telling me about the Universe, like he used to. I told him he was part of the Universe now. He didn’t understand. I said, ‘You died, Honey. But you saved the lives of five people.’ His big brown eyes teared up. After I hugged him, he stood up and said, ‘I have a lot to process.’”

It seems like I have a lot to process, too: No matter how much research I do, or how hard I try to will Andrew to visit me, I can’t control when I dream about him, and I need to be okay with that.