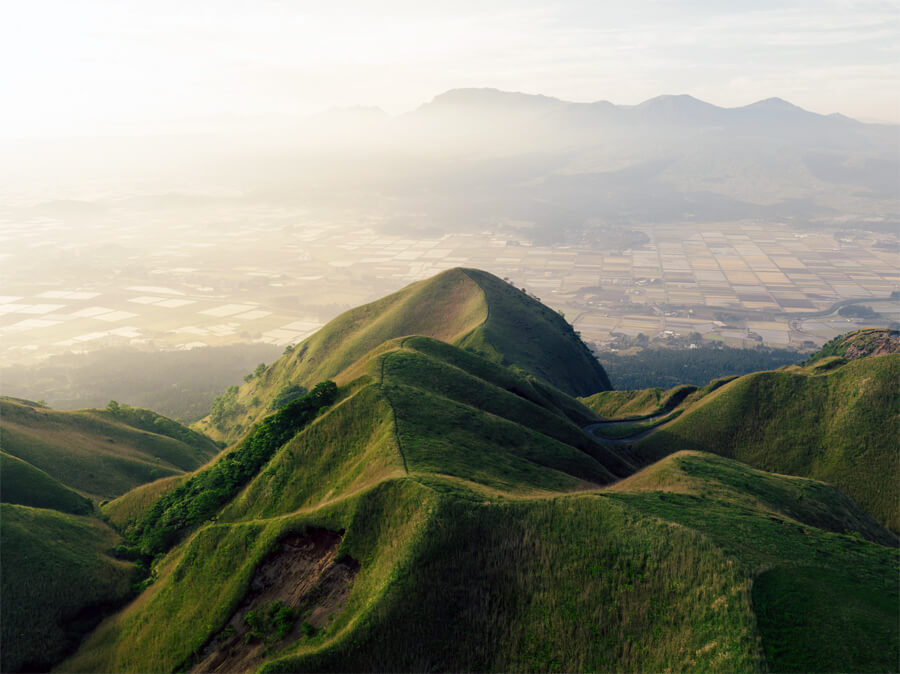 Lying down underneath a cloudless sapphire blue sky, I felt the sun’s rays caress my naked body like warm fingers. I felt the blood thrumming through my veins, warmed by the baths and exhilarated by the fresh air. A small white towel lay between my legs, a mediocre curtain of modesty, but it didn’t matter. The other women in the baths had seen my complete nakedness, as I had seen theirs.

The rubber of the lounge chair was eating into my back, but it was a relief to feel cool air against my reddened skin. The baths were of varying degrees, but most were hot enough to make me sweat. My skin was flushed, but the other women were as calm as swans, bobbing about in the heated water.

I was twenty years old and living in Japan for the summer; it was the end of May, when the sky is bluer than agate stones and the rainy season has yet to begin. I was staying with a family friend, and it was he who had dropped me off at the communal bathhouse, the o-sento, after lunch.

When I arrived at the bathhouse, I had taken off my shoes and received a key to a locker for my clothes. I had looked around the tall structure; it was about three stories high and full of rooms for relaxation. In one room, a few men were lying down on tatami mats, snoring softly. A TV was on in another room, next to an empty cafe advertising ice cream parfaits. No one ran around, no one yelled. The atmosphere was calm and peaceful; this was an entire building dedicated to the pursuit of tranquility and skinship.

I had quickly taken off my clothes and then ventured out of the women’s changing room into the bathing area. Before even dipping a toe into the water, I had broken a rule I didn’t know about that triggered a tongue-wagging from a woman rinsing herself off in the showers next to the large baths.

“Oi!” she yelled, her finger pointing at me accusingly, and a stream of angry Japanese followed. I ran back into the locker room.

A few minutes later, composed once again, I went back inside. Eager to do things correctly, I watched the other women.

I grabbed some soap and washed myself, hair and all, in the washing area before entering the baths. There were shower heads for rinsing. In Japan, your body must be cleaned and rinsed before going into the bath water.

When I finally went inside a bath, I waded in deep, hiding most of my body from view. A few women looked at me. One even smiled. The water was warm, and I took a deep breath.

There were jets in two of the baths, spraying streams of bubbles. Some were forceful streams, like a jackhammer going into your back. Others were soft, bubbles playfully tickling your skin.

There were plenty of other women there, all Japanese, all nude. No one spoke much inside, but there were soft murmurs here and there, like the gurgles of a river.

Most of the women were outside in a large bath, covered by a wooden lattice roof, enjoying the lovely late spring day. When I went outside, I could feel their eyes on me and their soft conversation lulled for a moment.

There were small, personal tubs outside as well, and I chose one to dip into. My breasts bobbed in the water like apples as I leaned my head back. The women chatted away in the large bath; I could understand bits here and there as the sounds of their voices meandered into my ears.

Later, spread out on a lounge chair next to the large covered bath, I closed my eyes. I heard the lapping of the water against the sides of the baths, a faint twitter from birds, the rush of cars on the streets outside, the conversation of the other women.

I felt raw, like a nerve exposed to the eye of the world. I had grown up with a French mother, so nudity didn’t make me too uncomfortable, but this was different. This was intimate, personal; I felt vulnerable in front of these women, who looked at me and saw my red hair, my freckles, my hazel eyes.

Coming from California, where all kinds of people walk the streets, I was not used to it. I stood out.

When one is naked, nothing is hidden. My body was an open book and, since I was young, the story was just beginning. The skin on my belly was smooth and firm; now, after having three kids, that skin is a map of stretch marks with tales to tell.

And yet, I saw that all our bodies were similar and full of stories. I saw stretch marks, moles, scars. There were tall women, there were short women. There was even one elderly woman hunched over, her back as rounded as a turtle’s shell.

When clothes are stripped off and bodies are bared, our stories become universal. We were all humans, down to the last toenail. No one else crossed their arms in front of their breasts, no one else looked down in nervousness. I seemed to be the only one bothered by baring it all.

Despite feeling nervous, I felt cleansed. The waters of the various baths washed away my inhibitions and fears about living in a foreign country. The idea of even going to the bathhouse had terrified me at first; I kept thinking, what if I’m not welcome? But even so, I had taken part in the bathing ritual and felt welcome. I remember baring it all at a bathhouse in Japan, and the smile I received from one of the ladies. I remember lying down outside on the bathhouse terrace, looking out over the town of Mino, with its rice fields, shopping malls, and new developments. I remember the mountains on the horizon, full of monkeys, hiking paths, and hidden temples among the trees.

The view from the o-sento wasn’t so different after all.

Ophelia Leong has been published in Tribe Magazine, Mamalode, Literary Mama, Mothers Always Write, Allegro Poetry, Vine Leaves Literary Journal, Saturday Night Reader, Eunoia Review, Beyond Science Fiction, and others. She loves to write and Irish Dance in her free time. Check out her blog here: Ophelialeong.blogspot.com and find her on Twitter at @OpheliaLeong.