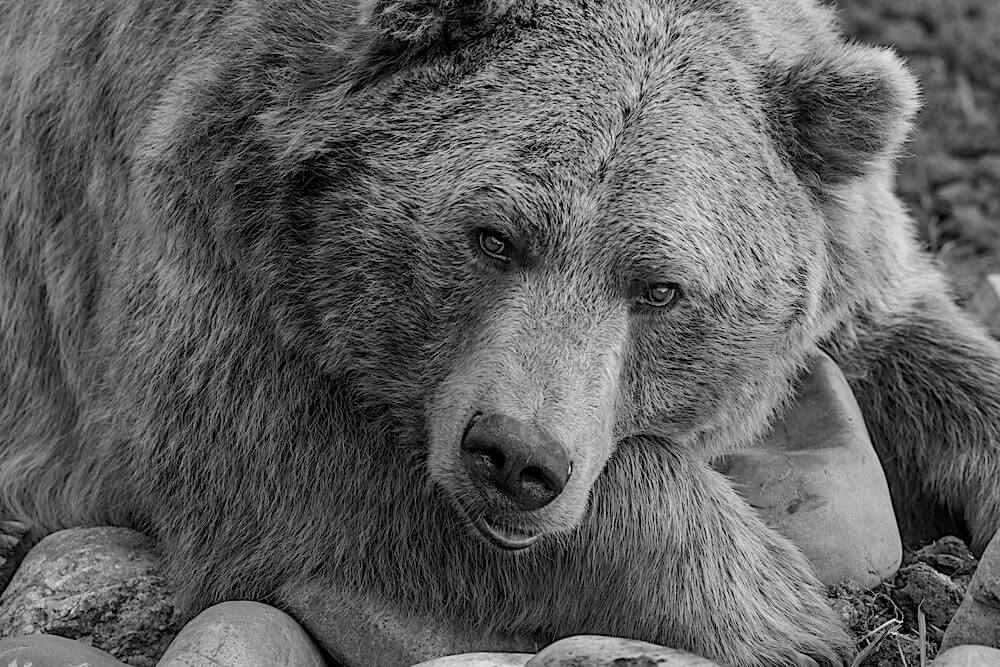 They have buffalo lodge and they have ghost lodge and they have all these different styles of lodge. The Lakota. Originally from Minnesota but spent the last 200 years in the Dakotas and that’s where I… so in 1978, you know about the freedom of religion act?

Jim boils it down for me. As I hear Jim’s voice, it looks haphazard, the yard does, and I am intent on identifying the sharpreflecting metal scraps as some familiar relic, a nameable part with a use, making some sense of the earthly material that is making a mess of my mind. I see it all and maybe want to scream. I swallow the urge. I don’t like bright days like this. The sun makes shadows too sharp and light too acute. It makes darks empty with no details and I don’t have good eyes. I don’t like days like this. I’m trying to somehow justify to myself that this preference is a societally cultivated one quietly when Jim wants to show me the things he’s built with the things he’s found. Saw mill that works in some way unfamiliar to me. Sweat lodge rocks wrapped in a trash bag wrapped in rocks so it must get hot as hell in there. A tiny house and a giant house and I wonder if I would live in them.

My mind is asking itself how to listen and learn and see and learn simultaneously.

It was illegal for indigenous people of this continent to practice their spirituality openly. And the act, in 1978, the act, the first time it was introduced was 1950. It took twenty-eight years to argue it in Congress. They could be arrested for doing a sun dance or a sweat lodge ceremony or any of it.

He is very aware of our world.

There was a bear. In a long sleep.

I consider how possible it is that he had a beard, the bear, since bear is in beard, and also since Jim has a big beard, a gray- and-darker-gray streaked beard that originates from a distinctively separate origin than the origin from which his long gray-and-darker-gray hair and lightly-gray-with-a-little-darker-gray mustache do, but somehow all come together before tailing off at length. I can’t stop imagining a bear that looks like Jim.

A bear in his cave.

What I know about caves is that they’re dark in some places that never get light. They contain echoes, all bouncing around waiting to get heard, from a while ago, always riding the continuum of time. They keep existing. They don’t really change, they just hang out for a while and wait to be heard. They age in sound, maybe, or volume of voice, but not in essence, not in message. Also, I know it’s hard to see in caves and how terrifying must it be to be swallowed by infinite empty space?

And he had a dream, he heard some voices in his dream.

And they told him, they said that everything had been created on the earth already, everything except the two-leggeds.

And the bear, when he woke up out of his sleep, he called a council in the woods and told the others his dream, and sure enough the two-leggeds did come, and they were exactly as Creation had said they’d be. They were naked, they were cold, they were hungry, they didn’t know how to feed themselves, and at that council, everyone agreed they would sacrifice itself, themselves, Creation, to keep the two-leggeds alive. Food to eat, hides for shelter.

'Had there been a deal that established reciprocity?' I have to know the answer to this question immediately enough to say in interruption. We walk along the same road we took earlier and have a samebutchanged conversation as the one we had earlier. He teaches me of fairness and where it can’t be found.

Yes. You will never take more than you need, they said, you will never waste what you take, and you will always give ceremony, thanks. Gratitude. For the gifts that you’re given. And the spider wrote the agreement in his web so that all could read it anytime. Iktomi. Yeah. And they were teaching all of creation to live that way.

The two leggeds got hardheaded. And they did forget, neglected, to give their gratitude. And they did take more than they needed.

And when the elders left the reservations in 1978, they came out and taught me here, at a spider lodge, so we can come periodically to the sweat lodges, symbolic of a cave of the bear, which is symbolic of the sacred womb of the earth, so we go four times a year back into the lodge and get rid of our bullshit. We identify our relationship with everything.

I think about matriarchy. My grandmother has been offering me her wedding dress. Delicate slender lace, from her day once ago, too slender not my fit, that would make me be beautiful in the tedious, studious, practiced way she is beautiful, with effort, to earn it. That would make me beautiful the way she is beautiful. “You can use it, you can take it and change it, I want you to have it if you want to have it” spews from her distilled lips and it seems asinine but she was younger than I am now and that is a fact of her past, a concreteness in her being. And she has always given to me more than I could give back. She wants me to be beautiful.

I tell Jim about how one day, when I wasn’t turning anything, I asked my grandmother if she felt seventy-three. She told me no. “I just feel like me.” I tell Jim about how she feels just like her, like when she was twenty, and not seventy-three. She felt just like her then too. She’s not really changing, in essence, but what surrounds her, what fortifies her consciousness is. Maybe that’s aging. We don’t feel different at the core. We just see more. Or experience more? We mature, we layer and detract. Like regenerating skin cells. Constant replacement for a new outside. The non-physical in us, that only bit that can’t be surely explained by physical science, that probably doesn’t change much, or wouldn’t we always lose ourselves?

Jim chocks this up to something more, to something like infinity. Jim says so, standing outside of the house he started to build forty-six years ago from thirteen-hundred-dollars-worth of wood and has yet to finish, if ever.

Jim tells me about his farmhand. Jim tells me how the farmers he’s known know the time of day by the light.

One day, Sophie said, "What day is it? Is today Friday?" and I said, "No, it’s Tuesday," and she was really thrown aback by it. This is what we’ve done to ourselves as human beings. It’s really a screwed-up situation. And it has to do with what your grandmother said about time, about feeling seventy-three. What is that, really? It’s just a measurement of time, here and now. The Lakota have two references to the past, a long time ago or a long-long time ago. They don’t know how many years ago it was. We don’t feel old. We just feel experienced. But it’s really different now.

Katie Coleman is an emerging writer and visual artist living in Portland, Maine. She is a candidate for a Masters of Fine Arts at the Maine College of Art, where her primary interest is exploring the marriage between text and image. She writes creative nonfiction and poetry, exploring the emotional texture of spaces through object, imagery, and people.